The union said threats of lawsuits will not change infection rates in Los Angeles or make it safe to reopen schools.

Following through on a move he announced last week, Buscaino introduced the motion Tuesday that would ask the city's lawyers to explore legal options to compel schools within the Los Angeles Unified School District to reopen for in-person learning. The union said it stands with over 800 educators, parents, students and members of Buscaino's district who signed a letter condemning the councilman's motion.

“Educators and parents are exhausted -- exhausted by the challenges of distance learning and by watching elected officials prioritize the opening of malls, outdoor dining, and card rooms over controlling the virus so as to make it safe to return to school campuses,” said United Teachers Los Angeles President Cecily Myart-Cruz.

“We are exhausted by having to fight to save lives in the face of politicians' callous disregard for the illness and death hitting low-income communities of color.”

Some parents are not ready to send children back to school with COVID-19 still spreading. Kim Tobin reported on NBC4 News on Tuesday, Feb. 9, 2021.

The union said threats of lawsuits will not change infection rates in Los Angeles or make it safe to reopen schools. Their members want teachers and staff at LAUSD schools to be vaccinated before schools reopen. “This is the path based on science that puts the health and safety of our school staff, our students, and their families before politics,” UTLA said in a statement.

Buscaino's motion, if adopted, would direct the city attorney to pursue options to force schools to reopen, including initiating litigation or joining existing litigation. There was no immediate timeline on when the motion will come up for a vote.

“Today I ask my colleagues on the Los Angeles City Council to join me and council member Gil Cedillo, on behalf of the nearly 600,000 LAUSD students who have gone nearly a year without classroom learning, to work together with the teachers union, the county, and the state to reopen LAUSD campuses safely,” Buscaino said in a statement Tuesday. The motion was seconded by Cedillo.

Los Angeles City Attorney Mike Feuer issued a statement Tuesday in response to the motion, suggesting a lawsuit may not be the best way forward. “We all understand how urgently important it is to reopen our schools, and to do so safely,” he said. “The best way to achieve these shared goals is to work together, not as adversaries. I will help in any way I can.”

Schools have not been fully open for in-person classes since March 2020.

Buscaino announced plans last week to introduce the motion, and on Tuesday he said that since his announcement, he's “seen movement in a positive direction.”

“The governor is prioritizing this issue and is taking more active steps toward encouraging reopening, and LAUSD has been responsive as well. It is very encouraging to see momentum toward finalizing a plan to reopen our schools safely, and we need that momentum to continue,”  he said.

LAUSD officials noted last week that the district isn't the one keeping campuses closed. The district is barred from welcoming students back due to state guidelines and the continued elevated rate of COVID-19 cases in Los Angeles County.

Under current state guidelines, schools will be permitted to reopen for younger students -- from pre-kindergarten through sixth grade -- when a county's average daily rate of new COVID-19 cases drops to 25 per 100,000 residents.

According to figures updated Tuesday, Los Angeles County's state- adjusted case rate is 31.7 per 100,000 residents, down from about 38 last week.

County Public Health Director Barbara Ferrer told the Board of Supervisors on Tuesday that with case numbers steadily dropping, the county will likely meet the case-rate threshold in a matter of weeks. She said health officials meet weekly with school officials to discuss infection-control measures they'll have to satisfy before reopening.

The head of LA Unified says the key to reopening schools is getting teachers and staff vaccinated. That’s why he’s asking state officials to allow LAUSD schools to become vaccination sites. NBC4’s Kim Baldonado reports for the NBC4 News at 5 p.m. on Monday Jan. 18, 2021

Gov. Gavin Newsom, meanwhile, has been pushing harder for in-person learning to resume for small groups of younger students. He said Tuesday he is negotiating with state legislators on a deal to accelerate the return of in- person learning by this spring.

LAUSD Superintendent Austin Beutner and UTLA leaders have said teachers and school staff should be vaccinated before returning to the classroom. But teachers still aren't eligible to receive the shots in L.A. County, which are restricted primarily to health care workers and residents aged 65 and over.

Ferrer said Tuesday that depending on future availability of vaccines, teachers and other front-line essential workers could become eligible in a matter of weeks. But even when they do, that group of essential workers includes more than 1 million people, meaning it will take time to get them all vaccinated with two doses that must be administered three to four weeks apart.

The director of the U.S. Centers for Disease Control and Prevention recently said schools can reopen before teachers are vaccinated, as long as other infection-control measures are followed. Newsom has reiterated that belief. But UTLA and Beutner haven't softened their stance.

Beutner on Monday called for cooperation among all levels of government to advance the reopening of classes. “There are about a quarter-million students in preschool and elementary schools throughout Los Angeles Unified,” Beutner said. 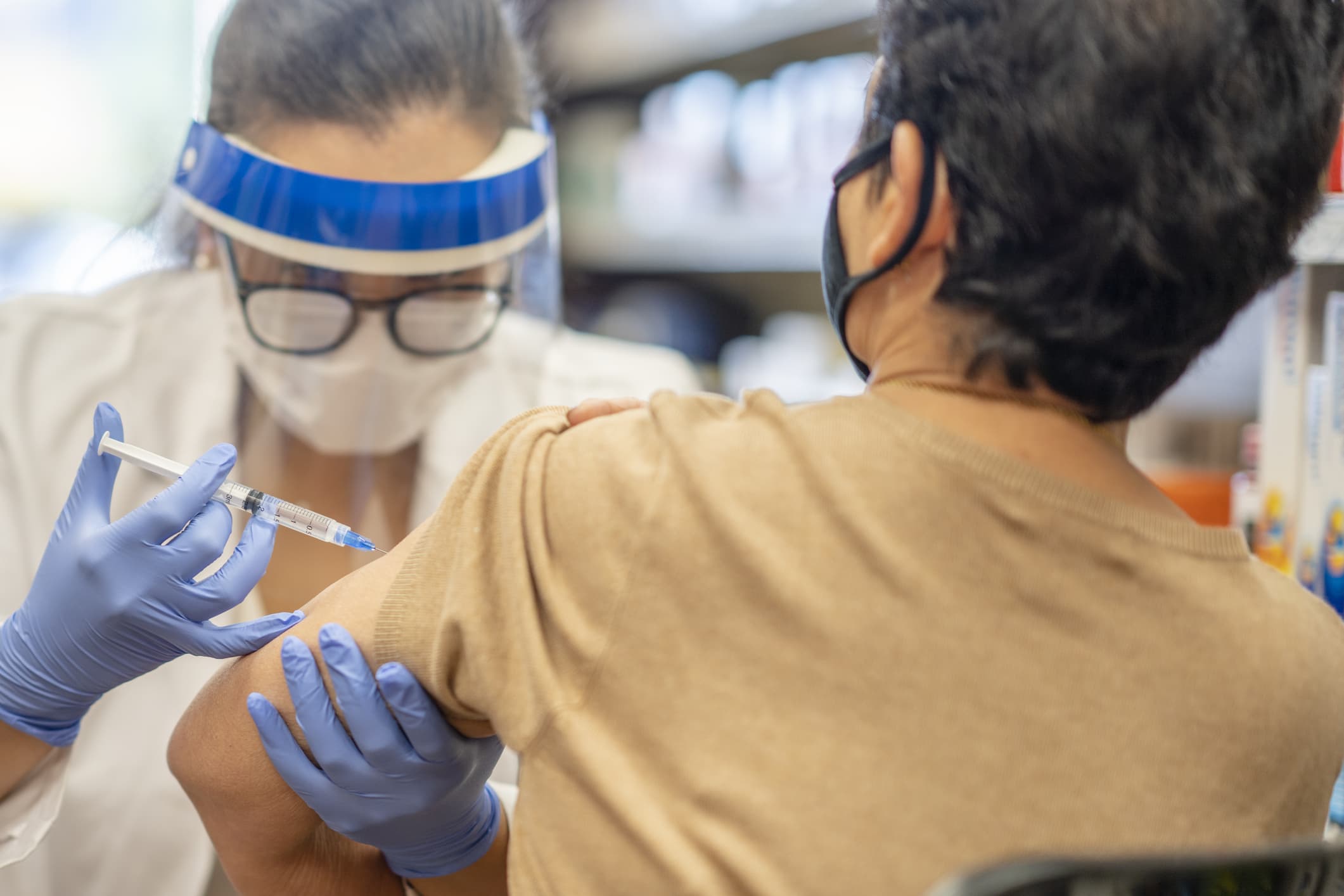 When Will You Be Able to Get Vaccinated at Work? Experts Weigh in 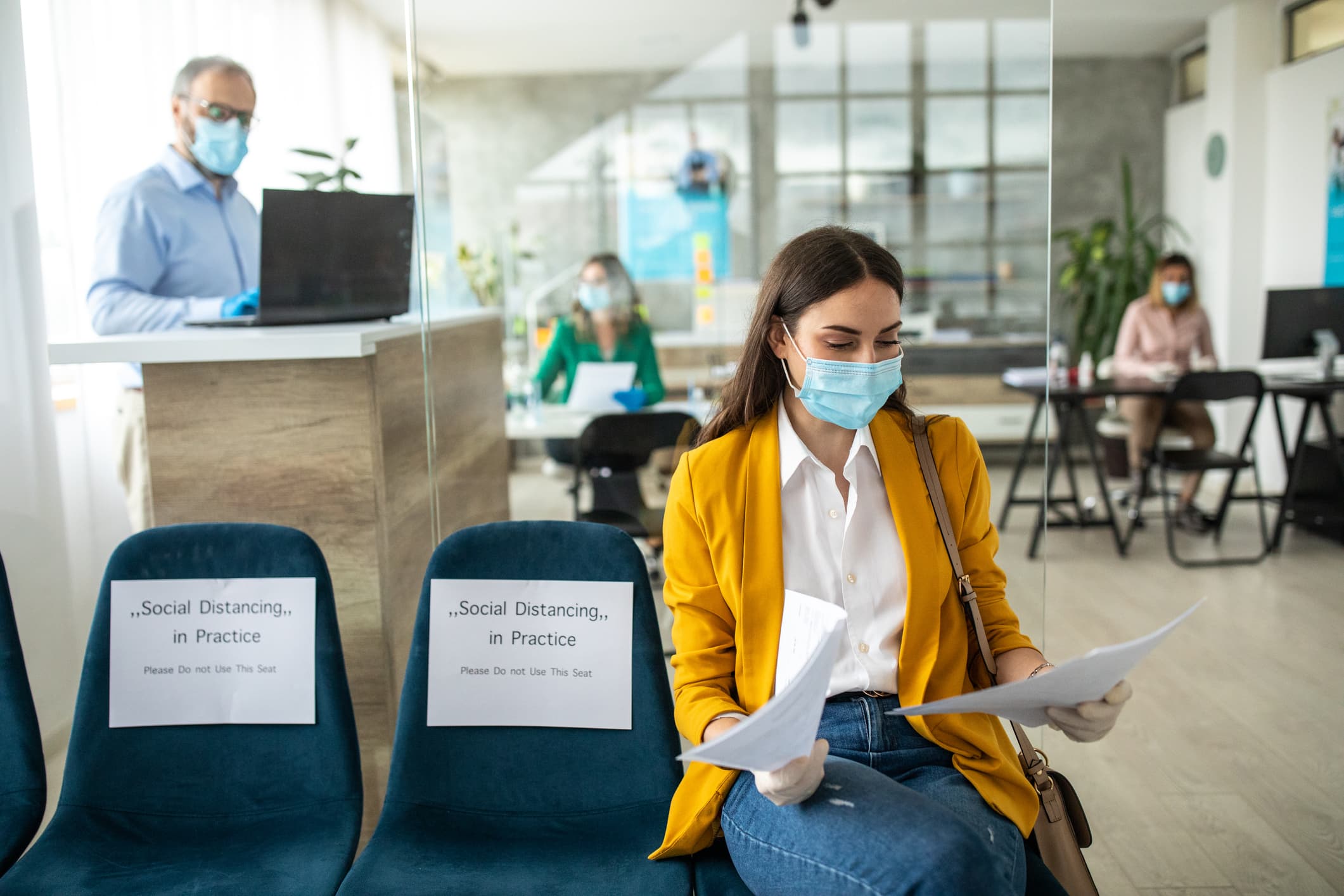 “To vaccinate all who work in these schools who are not otherwise already eligible, we would need to vaccinate about 25,000 people. You heard that right -- vaccinating 25,000 people will allow us to reopen elementary school classrooms for 250,000 children and help their half-million-plus family members start on the path to recovery and allow many of them to go back to work.”

According to Ferrer, current state guidelines allow all schools to provide in-person instruction for high-need students in any grade, but only in small groups and with total in-person presence limited to 25% of a school's entire student body.

The state previously allowed schools and districts to seek waivers to provide in-person instruction for students in pre-kindergarten through second grade, but the waiver program was eliminated when Newsom released his revised school-reopening plans last month.

Schools that had previously obtained the waivers are permitted to continue offering such instruction, but no others are being approved. The LAUSD, however, never sought those waivers. And Beutner cut off all other in-person activities late last year when COVID0-19 cases began surging in the county.

Buscaino said he believes schools should immediately reopen at 25% capacity with the goal of fully opening when it is safe. His motion argues that the closure is widening the achievement gap between privileged students and low-income students.

Safety is the priority, for both teachers and students. Beverly White reported on NBC4 News on Monday, Jan. 11, 2021.

Cedillo said he sees that disparity in his northeast Los Angeles district. “A recent LAUSD study exposed deep disparities faced by students of color, students that are children of families in my district,” he said.

“For instance, among Latinos who make up three-quarters of the school district, significant percentages of students were not actively participating in learning, citing that family members from this demographic disproportionately work as essential front-line workers, frequently in low-paying jobs that have exposed family members to health risks and prevented them from overseeing their children's schoolwork at home. Low-income students lagged between 10 and 20 percentage points behind their peers from more affluent families.”

The motion also noted a drop in reports of child abuse, which some experts believe is not due to a decline in abuse, but from the absence of teachers and other adults observing signs of abuse on children.

“Children and youth are also suffering mentally and socio- economically, as evidenced by increased reporting for in-patient mental health services and suicides,” the motion stated.