Will Smith Gets 10-Year Oscars Ban Over Chris Rock Slap

Smith will keep the Oscar he won after the slap, and he will remain eligible to be nominated for and to win more of them in the 10-year period, though he can't show up to accept them

The motion picture academy on Friday banned Will Smith from attending the Oscars or any other academy event for 10 years following his slap of Chris Rock at the Academy Awards.

The move comes after a meeting of the academy's Board of Governors to discuss a response to Smith's actions.

“The 94th Oscars were meant to be a celebration of the many individuals in our community who did incredible work this past year; however, those moments were overshadowed by the unacceptable and harmful behavior we saw Mr. Smith exhibit on stage,” the academy said in a statement.

“I accept and respect the Academy’s decision,” Smith said in response. He pre-emptively resigned from the academy last week during the run-up to the meeting, calling his actions "shocking, painful, and inexcusable.” 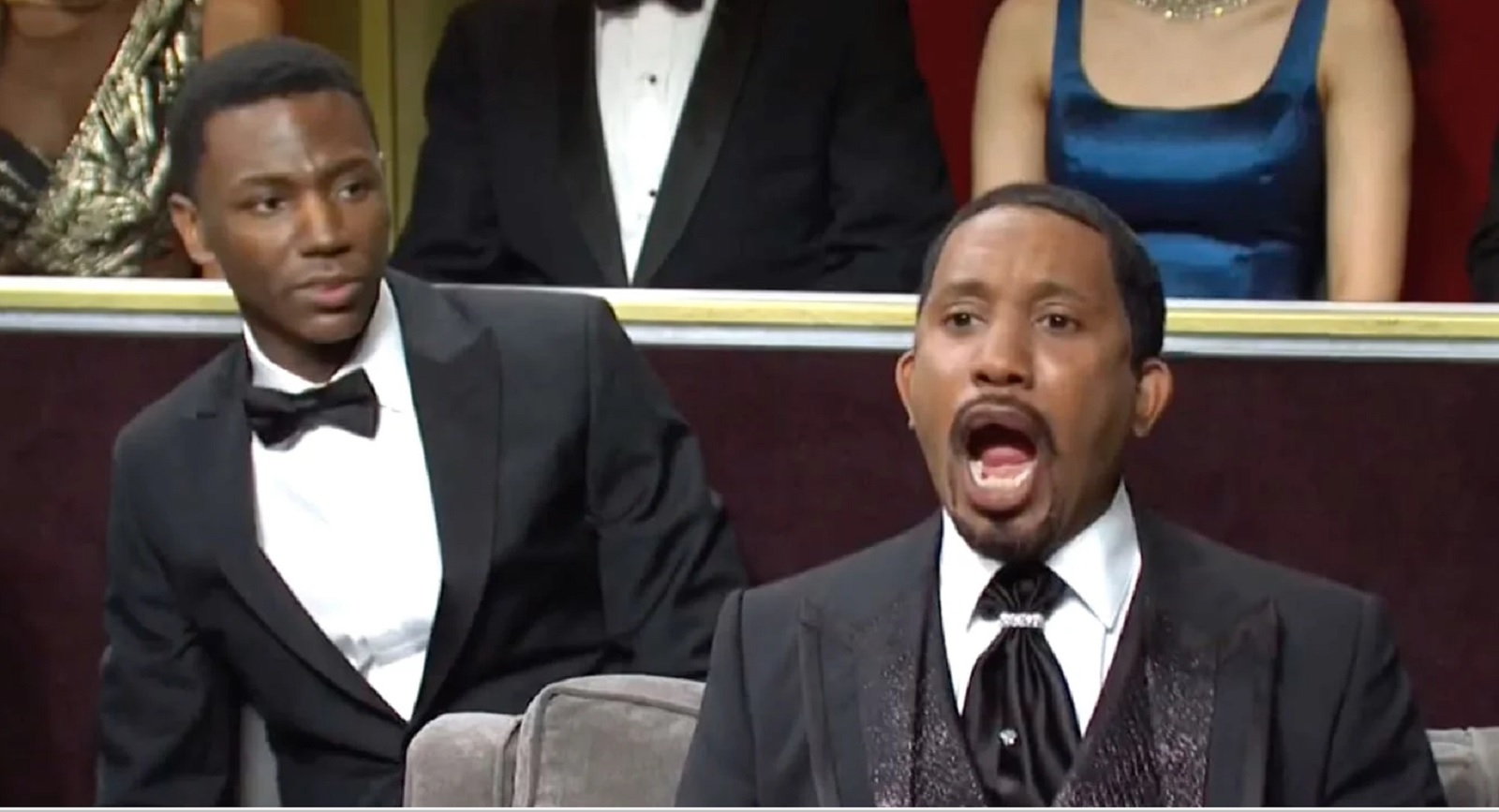 How ‘SNL' Handled the Will Smith and Chris Rock Oscars Slap 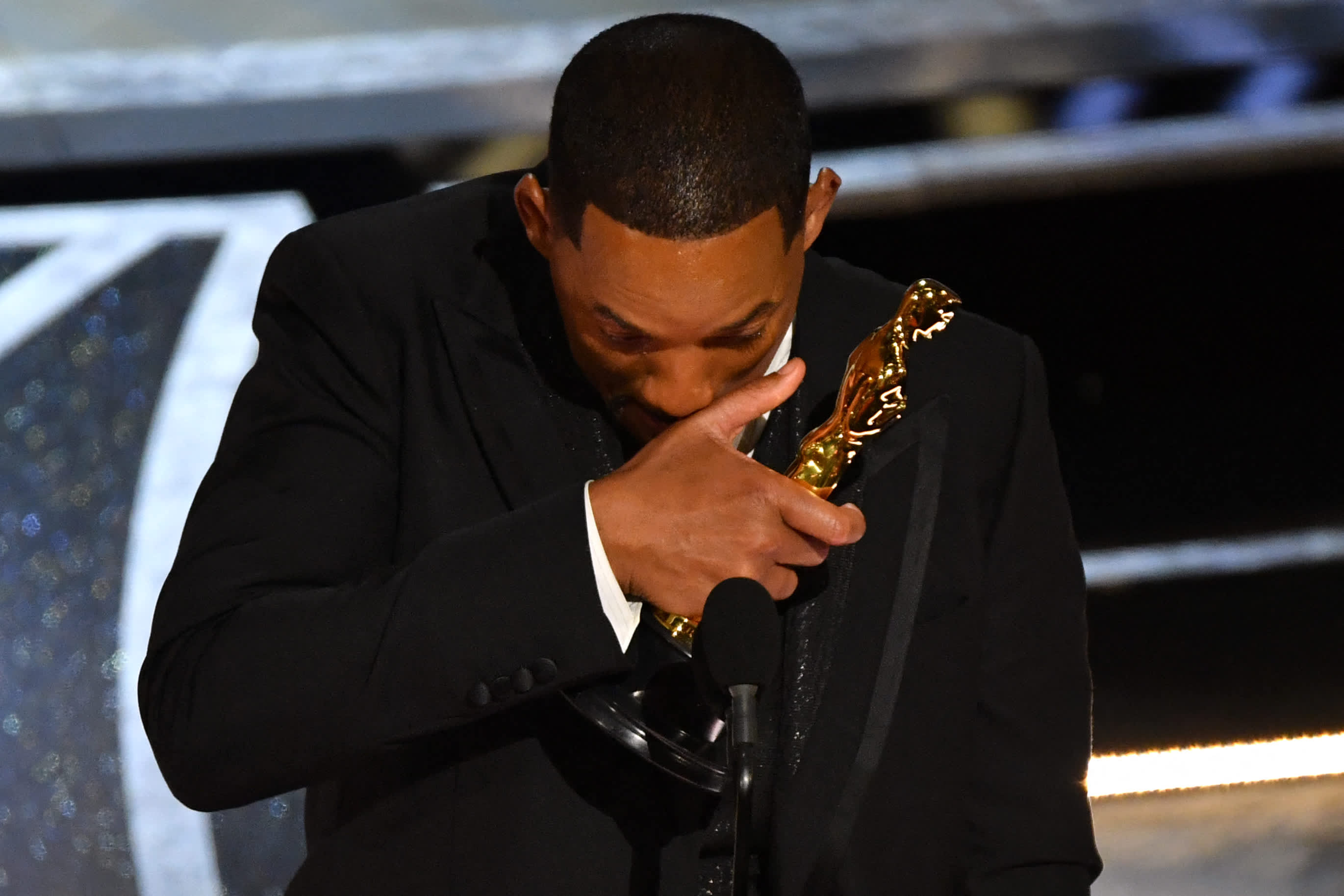 Smith will keep the Oscar he won after the slap, and he will remain eligible to be nominated for and to win more of them in the 10-year period, though he can't show up to accept them.

The academy also apologized for its handling of the situation and allowing Smith to stay and accept his best actor award for “King Richard.”

“During our telecast, we did not adequately address the situation in the room. For this, we are sorry,” the academy said. “This was an opportunity for us to set an example for our guests, viewers and our Academy family around the world, and we fell short — unprepared for the unprecedented.”

In a statement in the days following the Oscars, the academy said Smith was asked to leave the ceremony but refused.

But it's not clear how the message was delivered to Smith or what form it took, and several media outlets reported that he was never formally told to leave the Dolby Theatre. The Los Angeles Times reported in a story Thursday that Oscars producer Will Packer told Smith: “Officially, we don’t want you to leave. We want you to stay.”

More people are talking about Jada Pinkett-Smith and alopecia after the viral incident between Will Smith and Chris Rock at the 94th Academy Awards. Black women are more likely to get alopecia overall, and there are multiple forms of the condition. But any forms of alopecia can complicate a Black woman's body image and sense of self. Dermatologist Dr. Meena Singh & Dr. Afiya Mbilishak, a hair stylist and psychologist, joined LX News to explain more.

The ban means Smith will not be presenting one of the major awards at next year's Oscars, as is tradition for the best actor winner.

The academy in its Friday statement also expressed “deep gratitude to Mr. Rock for maintaining his composure under extraordinary circumstances.”

The academy has not revoked Oscars from expelled members Harvey Weinstein or Roman Polanski.

With his resignation last week, Smith lost the ability to vote for nominees and winners. Smith has been nominated for four Oscars, winning once.

At the March 27 Academy Awards, Rock came out to present the best documentary award and made jokes about several attendees, including Smith's wife, Jada Pinkett Smith.

Pinkett Smith, who has spoken publicly about her hair loss condition, alopecia, had a closely shaved head similar to that of Demi Moore in the 1997 movie.

Smith strode from his front-row seat on to the stage and smacked Rock, stunning the comedian, the theater crowd and viewers at home.

Many thought it was a planned gag set up by the show or the men themselves, but the seriousness of the situation set in after Smith returned to his seat and angrily twice shouted at Rock to “keep my wife’s name out your (expletive) mouth.”

Rock said he had no interest in pursuing charges when asked by police backstage.

Smith took the stage again less than hour later to accept his Oscar, tearfully apologizing to the academy but notably omitting any mention of Rock. He compared himself to Richard Williams, the man he played in “King Richard,” “a fierce defender of his family.”

Later that night, Smith danced with his trophy and his family and rapped along with his own songs in celebration of his win at the Vanity Fair post-Oscars party.

Rock has only briefly addressed the attack publicly, saying at one comedy concert in Boston this week that he was still “kind of processing what happened.”