In a new Instagram post, Anna Duggar shared the first photo of her baby girl as the family awaits the fate of dad Josh Duggar, who was arrested for possession of child pornography in April

The Duggar family has expanded once again.

On Tuesday, Nov. 16, Anna Duggar announced the arrival of her seventh child with husband Josh Duggar.

According to her Instagram Stories, baby Madyson was born on Oct. 23 at 2:39 a.m. local time. She weighed in at 7 pounds, 9 ounces and measured 20 inches.

While the Duggar family may have a reason to celebrate, Anna's baby news comes on the heels of Josh's legal issues. Back in April, Josh was arrested in Arkansas and charged with possession of child pornography. He previously pleaded not guilty and his trial is slated to begin Nov. 30.

Two months after the arrest, TLC decided to cancel the Duggar family's reality TV series and cut ties with them. 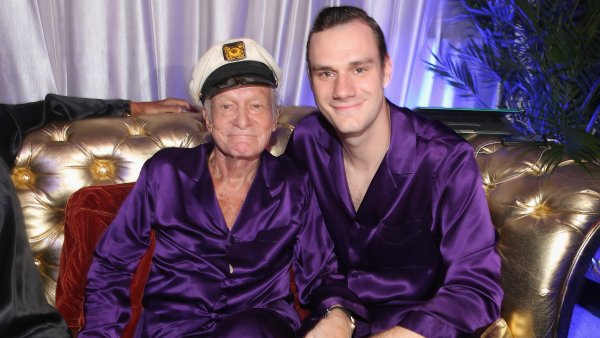 "TLC will not be producing additional seasons of 'Counting On,'" the cable network told E! News in a statement. "TLC feels it is important to give the Duggar family the opportunity to address their situation privately."

The show was a spinoff to "19 Kids and Counting," which TLC axed in 2015 after a resurfaced police report from 2006 stated that Josh was accused of molesting five underage girls as a teen.

At the time, Josh publicly apologized and said his parents "arranged for me and those affected by my actions to receive counseling." Josh's sisters, Jill Duggar and Jessa Duggar, came forward as victims. He was never charged with a crime.

Others in the Duggar family continue to reach new milestones away from any cameras. Back in September, Jed Duggar and his wife, Katey Duggar, announced that they were expecting their first child together.

And on Nov. 15, family patriarch Jim Bob Duggar announced a run for the Arkansas state Senate.

"Like so many other families, we too have faced crises, difficulties and heartbreak," he wrote in a blog post. "They say because our family has faced problems we should shrink away -- this is why they are often so relentlessly unkind, but we cannot sit on the sidelines during a time when one of America's most important battles is taking place! We are devoted to doing our part and making a difference for our children and grandchildren."