“Nature is more resilient than we think, if we are intentional about it,” Obama told TODAY's Al Roker

Former President Barack Obama hopes his new Netflix series, which he gives viewers a look at some of our national parks, spurs people to help them thrive.

Obama narrates and serves as executive producer of the five-part series, “Our Great National Parks,” that drops Wednesday on Netflix, which showcases parks and reminds viewers how to preserve them.

“I‘m hoping that we’re going to learn something, not just about how to maintain national parks, but why it’s so important to deal with issues like climate change that threaten the entire planet,” he told TODAY’s Al Roker in an interview at Virginia's Great Falls National Park that aired Wednesday.

Obama emphasized the importance of treating our planet better, which he says younger generations have already picked up on.

“I think that the generation of our kids are more mindful of how we haven’t always taken care of the planet,” he said. “And with climate change affecting everything, they are demanding action. Nature is more resilient than we think, if we are intentional about it.”

He says his daughters, Sasha and Malia, are part of a demographic that "demands us being better caretakers."

Obama also feels a sense of joy when he is with nature.

“Any time we get out of the city and we’re among trees and woods and critters I feel better,” he said. 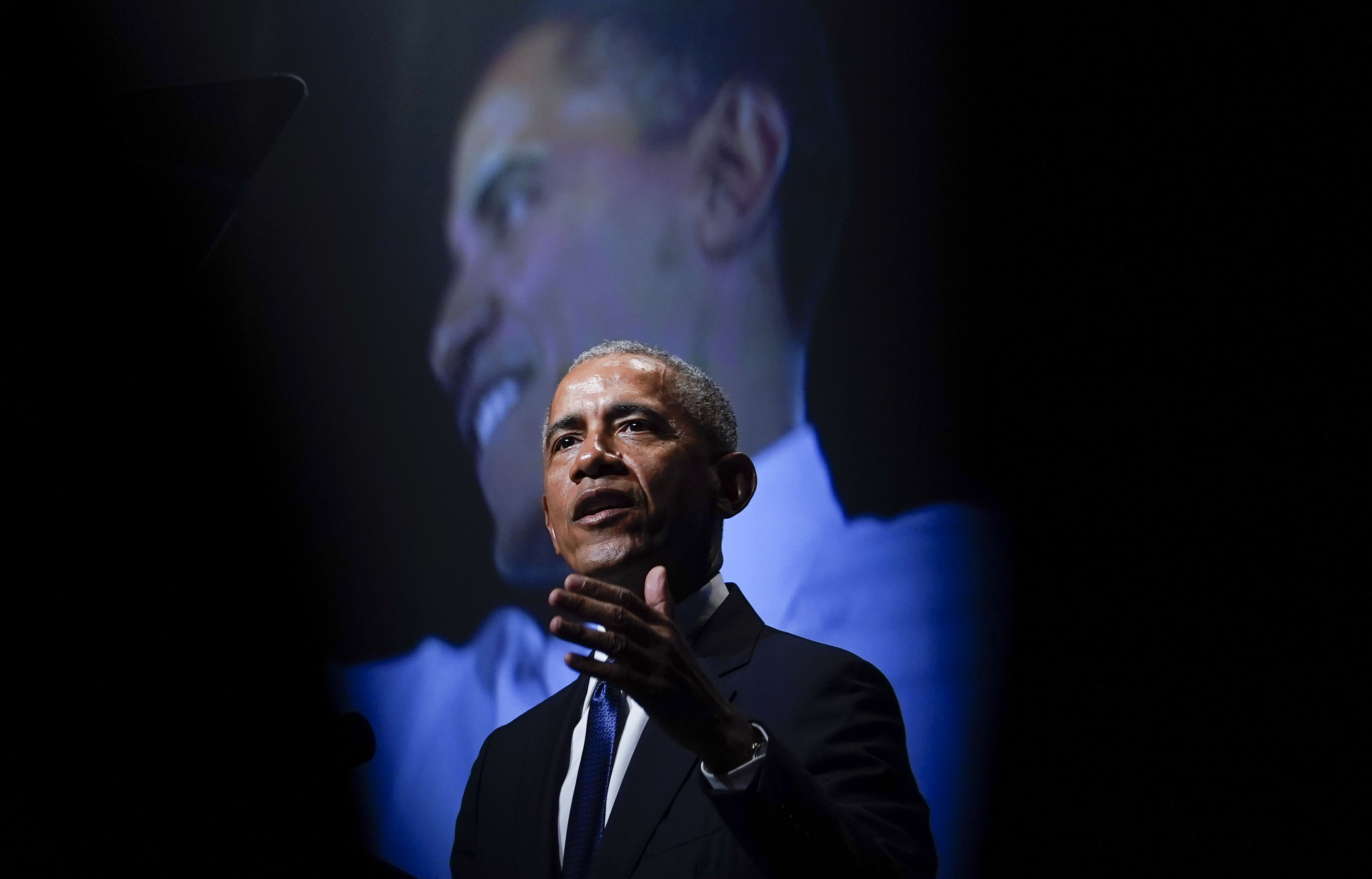 Obama to Return to White House for Health Care Event

The former president is launching the Wild for All initiative, which encourages people to go outside and become educated on nature conservation.

National Park Week also takes place from April 16 to April 24, with a focus on honoring the parks. People can visit any of the 423 national parks for free on the first day, April 16, with other events planned throughout the week.

During his conversation with Roker, Obama also discussed Russia's invasion of Ukraine, saying that Russian President Vladimir Putin has consistently been a threat on the world stage.

“Putin has always been ruthless against his own people, as well as others,” he said Tuesday in an exclusive clip of his interview with Al. “He has always been somebody who’s wrapped up in this twisted, distorted sense of grievance and ethnic nationalism. That part of Putin, I think has always been there.

Obama also said the current military action in Ukraine represents a new approach from Putin that may not necessarily have happened before.

“What we have seen with the invasion of Ukraine is him being reckless in a way that you might not have anticipated eight, ten years ago, but the danger was always there,” he said.

Obama was president when Russia annexed Crimea from Ukraine in 2014. Is there a part of him that wonders if he handled the matter properly?

“The situations in each of these circumstances are different, but I think that what we’re seeing consistently is a reminder of why it’s so important for us to not take our own democracy for granted, why it’s so important for us to stand for and align ourselves with those who believe in freedom and independence, and I think that the current administration’s doing what it needs to be doing,” Obama said.

Russia's invasion of Ukraine continues, with fighting expected to intensify in the eastern part of the country and reports that Russia possibly used chemical weapons on civilians in the city of Mariupol.

Putin, meanwhile, has reiterated the importance of his country not being taken out of the world stage.

“We don’t intend to be isolated,” he reportedly said during a Tuesday meeting with Belarusian president Alexander Lukashenko. “It is impossible to severely isolate anyone in the modern world — especially such a vast country as Russia.”