Kate Moss' Daughter Lila Walks Runway With Insulin Pump: ‘You Are an Inspiration'

Kate Moss’ daughter, Lila Grace Moss, made a big statement on the runway to close out Milan Fashion Week.

Moss walked the catwalk at Fendi and Versace’s combined show, appropriately dubbed “Fendace," on Sunday, Sept. 26. The 19-year-old model, who has type 1 diabetes, donned a cropped jacket and a baroque-pattered bodysuit with her legs on full display, including her insulin pump below her hip on her thigh.

The model shared a snap from the runway on Instagram in a carousel post, adding videos of her walk as well as behind-the-scenes moments from the show.

Though she didn't call attention to her insulin pump in her caption, fans in the comments lauded Moss for not hiding her insulin pump and giving type 1 diabetes visibility in the fashion industry.

“The whole T1d community salute you 💙,” one commenter wrote. 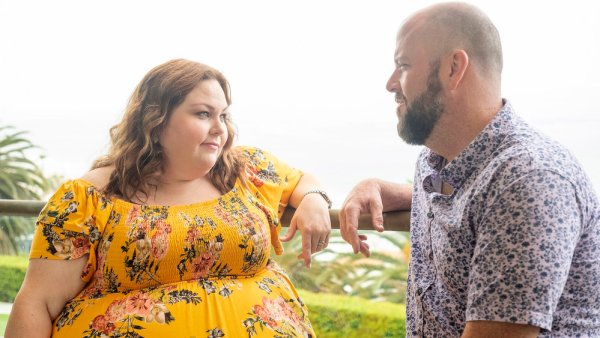 “As a fellow T1 diabetic (and ex model), THANK YOU for wearing your device on the freaking runway!” one user wrote. “You are a queen and I want these pics everywhere cos the more we share of T1 diabetes the better 🙌.”

One fan penned a touching note to Moss, calling her decision “groundbreaking,” adding, “You have no idea how inspiring this photo is, not only to type 1 diabetics, but young girls everywhere to show the real you and not let anything hold you back.”

“You are an inspiration to those girls everywhere,” they added. “Your strength and resilience shows. Keep up the great work and thank you for your representation.”

According to the CDC, type 1 diabetes is a disease that occurs when the body’s pancreas stops producing insulin, a hormone that regulates blood sugar levels. An insulin pump is a tubeless pump filled with insulin that is worn directly on the body to deliver doses of the hormone around the clock.

Moss opened up about her diabetes last August in an interview with The Kit. When asked about something that most people wouldn't know about her, the model revealed her diagnosis publicly in her response.

“I think not many people know that I have diabetes,” she said. “It’s not visible from the outside, so no one would really know just by looking at you. I have type 1.”