Over the weekend, to mark the special occasion, Katie Holmes did what she's rarely known to do: post a few pictures of her teenage daughter in honor of the big day, which was Sunday. The 42-year-old mom old mom took to her Instagram to share a few sweet black-and-white photos of the two from years' past.

The collage of cute photos included one of Holmes cradling a younger Suri, and another of the duo embracing, with Suri sporting a huge grin. She captioned the adorable post, "Happy 15th Birthday Sweetheart! I love you!!!!!!!!!! I can't believe you are already 15!"

We can't believe it either!

The "Dawson's Creek" star, who shares Suri with ex-husband Tom Cruise, recently shared her experience about spending quality time with her daughter during the coronavirus pandemic in a written piece with Vogue Australia. Holmes wrote that the mother-daughter bonding time was "the most precious gift."

Drakeo the Ruler 54 mins ago 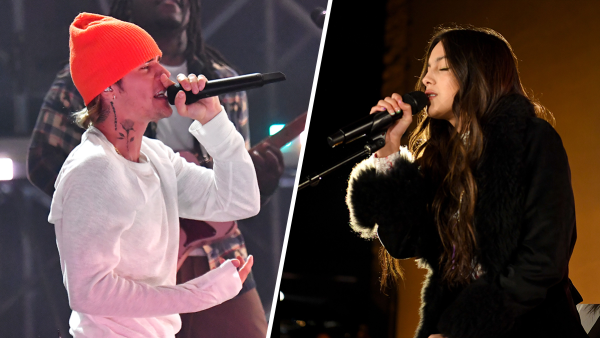 Reflecting on Suri's younger years in the piece, she wrote, "Taking time in Washington Square Park with a friend whose little child was taking his first steps brought me back to when my own child began to walk. I felt nostalgic and in awe of the power of time and the continuation of life."

For the duo, those special walks were saved for the discreet hours of the early morning.

"I just wanted her outside, so I would walk her around to find parks at, like, 6 in the morning when nobody would see us," she said. "But there's one video where I'm holding her – she was 2 at the time – and she starts waving at the cameras."

The precious glimpse inside their world is the cherry on top to an already special day.