Ahead of the "Stranger Things" season four premiere May 27, Netflix released an early look at the first episode. Watch the 8-minute clip here

These eight minutes will get you through the week, "Stranger Things" fans!

To build excitement for the May 27 premiere of "Stranger Things," Netflix dropped an eight-minute preview of the first episode of season four. The video starts in Sept. 1979, taking viewers back to the Hawkins National Laboratories, where Eleven (Millie Bobby Brown) was raised alongside other gifted children.

The preview shows Dr. Brenner (Matthew Modine) as he completes his morning ritual, before going to work at the labs. He takes another child, who has the number 010 tattooed on his wrist, to do some tests. During the session, 10 is asked to look for a Dr. Ellis, but when 10 finds them, he realizes that Six and the doctor are dead.

In the next scene, Dr. Brenner lays on the floor, injured and reeling from the surprise attack. Besides him is 10, who is seemingly dead--and he's not the only one. As Brenner walks through the now-destroyed lab, lights flicker on and off, revealing more bodies strewn across the hallways.

Brenner pushes through two doors into the playroom, where a blood-covered Eleven stands amid the destruction. "What have you done?" Brenner asks, before the screen fades to black.

Want to see what happens next? Of course you do. Tune in to the first part of season four -- episodes one through seven -- which premieres May 27 on Netflix.

And if you're eager to learn more about the upcoming episodes, keep reading. 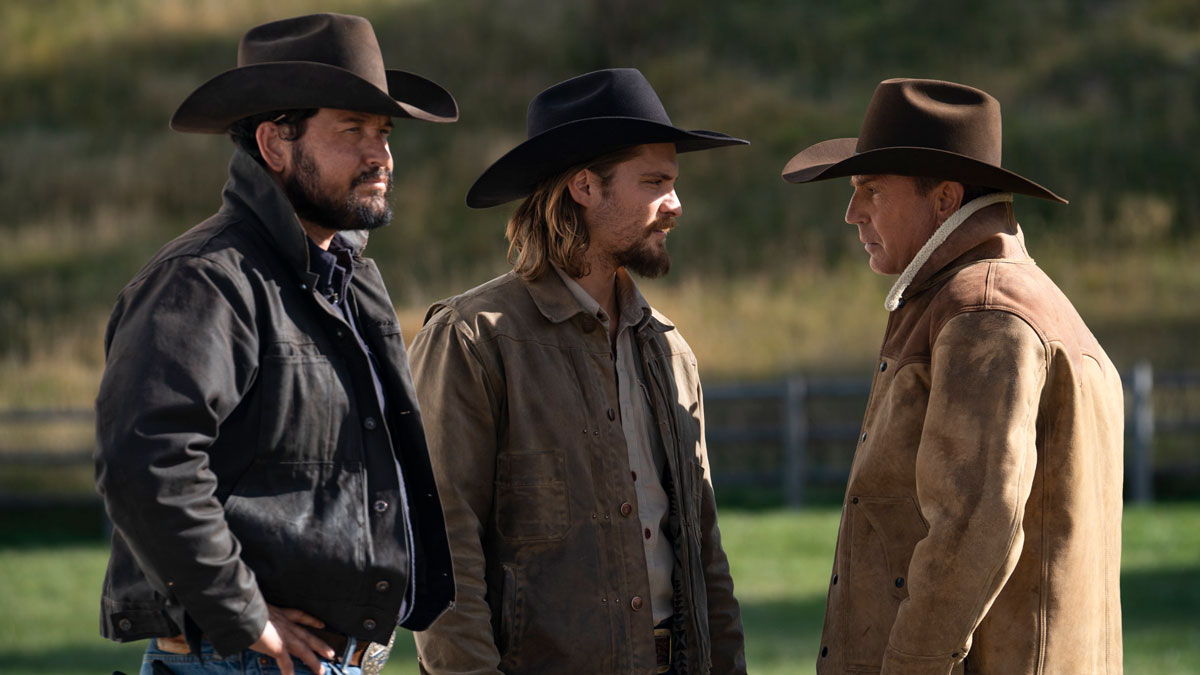 Heading Out of Hawkins

"Stranger Things" was renewed for season four in September 2019. And, thanks to a captivating teaser on Twitter, it was clear that the new season would venture outside the Indiana town. The caption read: "we're not in hawkins anymore."

All the way back in October 2019, the Stranger Things writers' Twitter account introduced Video Store Fridays, a list of movies which, according to the post, "relate in some way or another to season four."

The writers kept this up for about six months, listing everything from Hellraiser 2 to Billy Madison and more.

In November 2019, it was teased that the first episode of season four is titled, "Chapter One: the Hellfire Club." What exactly is the Hellfire club? We have some theories, but we guess we'll have to wait and see.

For those who may need a refresher, it was unclear at the end of Stranger Things season three whether David Harbour's character Jim Hopper was still alive. By February 2020, Netflix released a teaser that showed a bald Hopper imprisoned in Russia.

On what fans can expect from season four, David Harbour told Deadline that "it's very epic and very big in a Stranger Things way." The leading man teased monsters, horror, scares and "great Indiana Jones-type action."

In May 2021, a new teaser indicated that the origin story of Eleven (Millie Bobby Brown) will be explored more. At the start of the clip, a number of youngsters with closely cropped hair are seen playing with educational toys. Later, Dr. Martin Brenner, a.k.a. "Papa" (Matthew Modine), appears to be seen from the back as he walks in and says in a voiceover, "Good morning, children."

As Brenner continues to interact with the children, heavy breathing is heard as a camera pans to a door with an 11 on it. The clip comes to an end with the ominous doctor asking, "Eleven, are you listening?"

The New Faces of Hawkins High

In August 2021, Netflix teased what's to come for the new season, including its return year. "See y'all in the upside down," Netflix noted in an Instagram caption. "Stranger Things returns in 2022."

It was later announced that the season would be broken up into two volumes, with the first premiering on May 27.

In a teaser from Sept. 2021, a new spooky locale was introduced: Creel House. The footage indicated that the seemingly haunted home has a dark connection to the Upside Down, and that Dustin (Gaten Matarazzo), Steve (Joe Keery), Lucas (Caleb McLaughlin) and more are on the case.

On Stranger Things Day in 2021, Netflix revealed that Stranger Things season four will follow Eleven and the Byers family in their new town in California. Before fans of Eleven and Mike panic, it seems the couple will reunite over spring break. In typical Stranger Things fashion, the trip promises plenty of chaos.

Fans got a closer look at the haunted Creel House in one of the new posters.

Judging by this poster, maybe the west coast isn't the best coast after all.

Take a closer look at the lab where Eleven was created.

Season four takes viewers to Russia, meaning viewers may get answers about the origins of the Upside Down and other burning questions. This also might be where Hopper has been held after he sacrificed himself.

The Duffer Brothers confirmed season five will be Stranger Things' last in the above letter. "Seven years ago, we planned out the complete story arc for Stranger Things," they wrote in part. "At the time, we predicted the story would last four to five seasons. It proved too large to tell in four, but—as you'll soon see for yourselves—we are now hurtling toward our finale."

That being said, a billboard promoting season four also teased that "every ending has a beginning," so maybe there's a spinoff in the works.

Vecna, named after a Dungeons & Dragons character, is the ominous villain in season four. In the season's trailer, Vecna says "you've broken everything, your suffering is almost at an end."

The monster is made even more frightening due to the fact that Eleven is powerless to help.

"Part of the drive and tension of this season is that we have this big new evil emerge in Hawkins, and for the first time ever, Eleven is not there," co-creator Ross Duffer told Entertainment Weekly. "Not only is she separated by distance, but at the end of season three, she's lost her powers. So even when she learns about what has happened in Hawkins, she is unable to help them in the same way she has before."