Kim Kardashian and Pete Davidson are taking things to the next level.

Months after the "Keeping Up With the Kardashians" alum announced her new relationship with the "Saturday Night Live" star, they enjoyed a rare public event together, stepping out at the April 7 premiere party of Kardashian's new Hulu reality series "The Kardashians."

While the comedian didn't pose for pics on the red carpet with Kim, he was seen supporting her from the sidelines. The couple then walked into the screening together at Goya Studios in Los Angeles.

After Davidson recently introduced Kim to his closest family and friends, it was her turn to bring him into her world of glitz and glamour. The two are quickly cementing themselves as Hollywood's latest "it couple."

Given that both stars are well-known for their impeccable fashion tastes, it's no surprise that they were one of the best-dressed pairs of the night, with Kardashian donning a silver form-fitting dress and Davidson wearing a blazer and sunglasses.

Their big public appearance comes just one day after Kardashian opened up about their relationship in an exclusive interview with Robin Roberts on "Good Morning America" on April 6, saying that she is "very happy" with Davidson.

"I mean, I am a relationship kind of girl, for sure," Kardashian said about her new man. "And I wouldn't be with someone if I didn't plan on spending a lot of my time with them." 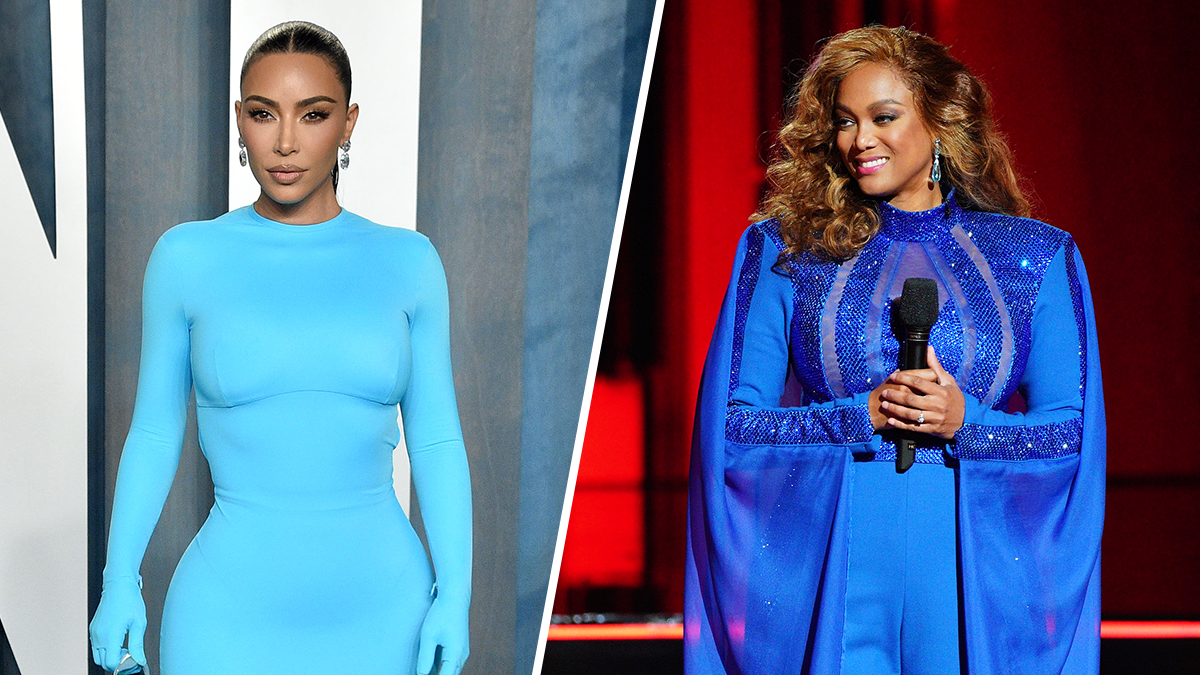 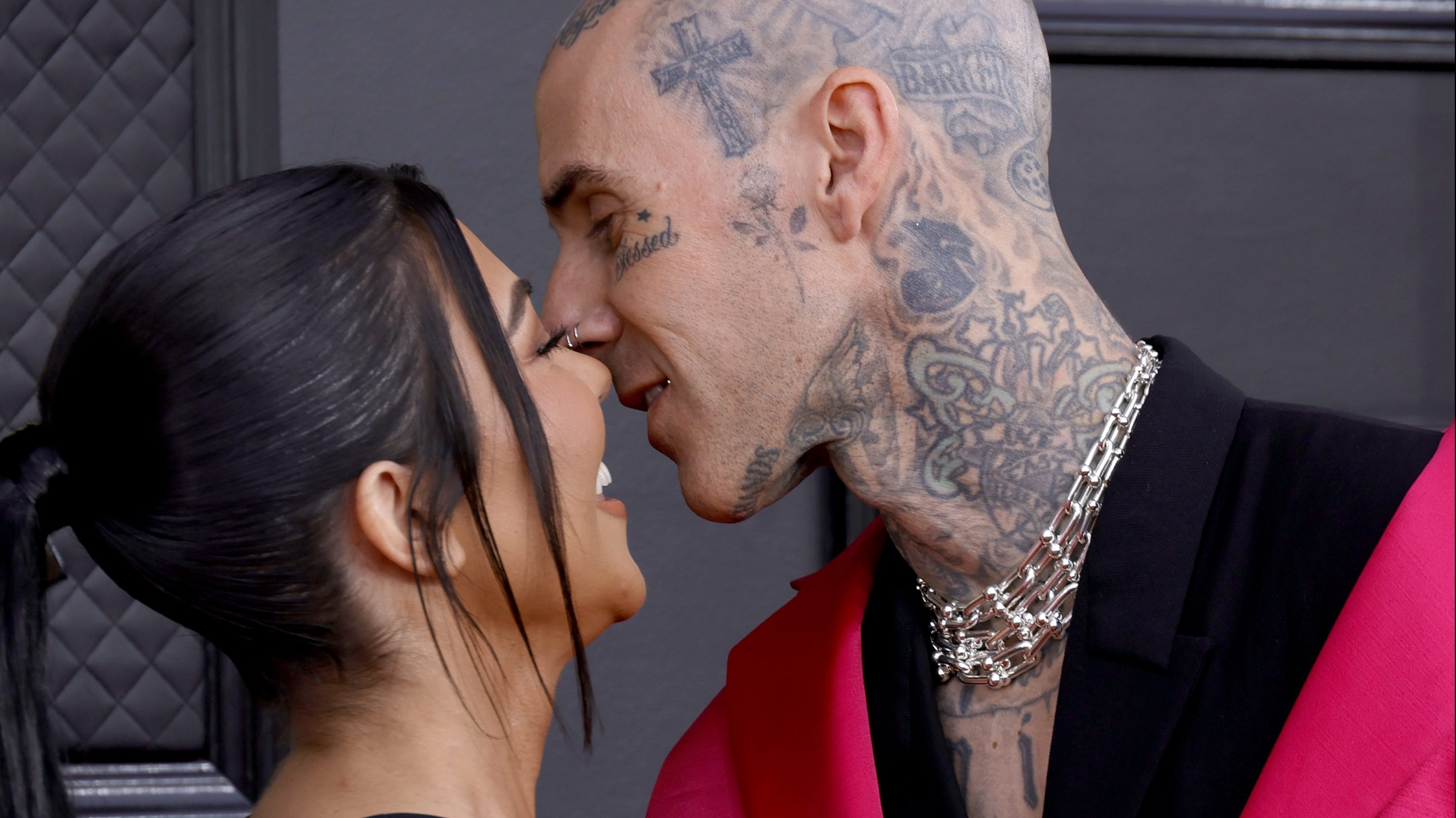 Mom Kris Jenner and sister Khloe Kardashian have already given "The King of Staten Island" star their stamp of approval, saying nothing but kind things about the comedian on "GMA."

"He just makes her laugh," said Khloe, "and she laughs all the time."

All that's left is for fans to decide their couple name! Relive Kardashian and Davidson's cutest moments below.

And watch E! News' Daily Pop on Friday, April 8 at 11 a.m. for much more of our interviews and exclusive behind the scenes access with the Kardashian-Jenners.

Kim Kardashian first crossed paths with Pete Davidson back in January 2019, when she and then-husband Kanye "Ye" West joined the comedian and Timothée Chalamet at a sushi dinner to celebrate Kid Cudi's birthday. The "Keeping Up With the Kardashians" star tweeted several pictures from the get-together and later spoke about it during an appearance on "The Tonight Show Starring Jimmy Fallon."

"We went to Nobu and when I got there I realized it was like a guys' dinner," Kim explained in February 2019. "It was just such a fun night. Everyone just had such a good time. The vibe was so good and I didn't want to ruin it so I sat in the corner and just documented it for them."

In October 2021, Kardashian shared the screen with Pete while hosting "Saturday Night Live." During her appearance on the NBC sketch comedy show, the two shared a sweet kiss as Princess Jasmine and Aladdin in a skit parodying Disney's "Aladdin."

Shortly after they were spotted holding hands while visiting Knott's Scary Farm in California, a source close to Kardashian told E! News in November 2021 that the pair had started "casually dating," sharing that Davidsons "told her he doesn't want to see anyone else."

"Kim is smitten over him and it's very exciting to her," the source said, adding that the SKIMS mogul "is completely enthralled" by the comedian.

As their romance began to heat up, New York native Davidson flew to Los Angeles to visit Kardashian at her stomping grounds. Paul Barewijk, who was visiting the Los Angeles from Amsterdam, bumped into the couple during a night out on Nov. 27, 2021 and was able to snapped a few selfies with them. He later told E! News of the encounter, "They looked really happy."

In December 2021, Kardashian was spotted visiting Davidson in his hometown of Staten Island, catching a nighttime screening of "House of Gucci" with the actor at Eltingville's Atrium Stadium Cinemas. An eyewitness told E! News that the pair were joined by Scott Disick and some of Davidson's friends for the casual outing with the two stopping to buy snacks before heading into the theater.

Back in Beverly Hills

Though Kardashian and Davidson are based on opposite coasts, the two continue to make their bicoastal romance work. On March 2, 2022, the day Kardashian was declared legally single amid her divorce from Kanye "Ye" West, she and Pete were seen having lunch with friends at the Beverly Hills Hotel. At the time, a separate eyewitness told E! News that they "seemed to be having a great time enjoying their day together."

The duo were also spotted by blogger Casey Messer (@caseymesser), who unintentionally recorded a glimpse of Kardashian and Davidson at the hotel while taking a video of her friends walking down a hallway.

The KKW Beauty founder posted a selfie with Davidson on March 11, 2022, making the couple Instagram official. In the caption of her post, she reference a quote from the 2010 film "The Town," writing, "Whose car are we gonna take?!"

Kardashian and Davidson attended the premiere of her Hulu show, "The Kardashians," together in April 2022. However, they didn't pose for photos on the red carpet together, but she told E! News' "Daily Pop" that he was being "supportive" from the side.