The 10 Most Shocking Speeches From Golden Globes History

Here are 10 of the most shocking speeches that have been made at the Golden Globes throughout the years, from Bette Midler to Robin Williams

Throughout the decades, celebrities have been giving memorable monologues and speeches during the Golden Globe Awards.

Ahead of the 78th Annual Golden Globe Awards on Sunday, we’ve rounded up 10 of the most shocking speeches from the award show's history that are sure to make you laugh, cry, or both!

Here are the 10 most shocking speeches from Golden Globes history: 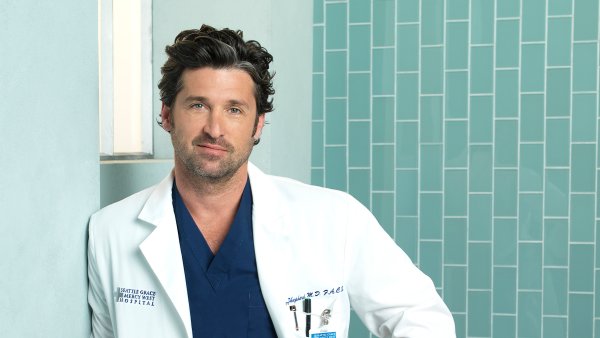 Bette Midler made the pun that we’re all thinking during her acceptance speech in 1980 for her role in “The Rose.”

Brad Pitt nabbed himself a Golden Globe in 1996 for his role in “12 Monkeys.” In his speech, the actor was able to share his gratitude with one unexpected person, or rather, an unexpected product.

“I’d like to thank... actually, the makers of Kaopectate,” Pitt said to kick-off his acceptance speech. “They’ve done a great service for their fellow man.”

The actor was able to later explain that Kaopectate, an anti-diarrhea medication, helped him cope with his nervous stomach.

When Ving Rhames accepted the award for best actor for “Don King: Only In America,” the actor took a more touching route to express his gratitude. Rhames tearfully addressed the other nominees in his category to express his immense respect for each, asking the audience to give them a round of applause. The actor then interrupted his speech to ask if Jack Lemmon was in the audience, requesting that he join him on stage.

“Now, don’t give me that,” Lemmon told Rhames when he stood alongside him at the microphone, to which he immediately responded, “No.”

Rhames told the legendary actor, “I feel that being an artist is about giving and I’d like to give this to you, Mr. Jack Lemmon, it’s yours."

Lemmon, who was met with a standing ovation, described the moment as “one of the nicest, sweetest moments I’ve ever known in my life.”

Christine Lahti was late to accept her award for best actress for “Chicago Hope," so while she was in the bathroom, Robin Williams was left no choice but to entertain the crowd.

Williams rushed the stage to grab the microphone before breaking out in his quintessential charm with a short comedy bit until Lahti could finally join him on stage.

“I was in the bathroom, mom,” she said, laughing as Williams left the stage. “I was just flushing the toilet and someone said ‘You won,’ and I thought they were joking. I thought what a terrible joke!”

Renée Zellweger was almost a no-show for her acceptance speech in 2001 after being presented the award for best actress for “Nurse Betty” by her “Bridget Jones’s Diary” co-star, Hugh Grant. The actor inquired where Zellweger was, eventually finding out that she was, in fact, in the bathroom at the time, much like Lahti.

In her absence, Grant began accepting the award on her behalf before Zellweger finally rushed on stage. She admitted that she had to run to the bathroom because she had some lipstick on her teeth.

When Jack Nicholson won the Golden Globe as the winner of best actor for his role in “About Schmidt,” he made a wild confession in the midst of thanking people in his speech.

“I know the evening is getting short... I took a Valium tonight," the actor announced in the middle of his free-flowing speech.

Sacha Baron Cohen is no stranger to outrageous stunts and tirades. When accepting his award for best actor for “Borat,” the actor began by thanking the Hollywood Foreign Press before divulging into a vulgar and graphic description of his co-star, Ken Davitian.

After a minute of suggestive content, the actor concluded his speech, “And thank you to every American who has not sued me so far."

After winning best actress for her role on “30 Rock,” Tina Fey took a moment in her acceptance speech to address some internet trolls.

“I really know how very lucky I am to have the year that I’ve had this year and if you ever start to feel too good about yourself, they have this thing called the internet,” she said. “And you can find a lot of people there who don’t like you. And I’d like to address some of them now. Babsonlacrosse, you can suck it. Dianefan, you can suck it. Cougar-letter, you can really suck it, ‘cause all year you’ve been after me… all year.”

Jodie Foster was already celebrating a big moment during the 2013 Golden Globes when she received the Cecil B. DeMille lifetime achievement award for her 47-year career. In her acceptance speech, the actor referenced the rumors about her sexual orientation, stating, "I had a sudden urge to say something that I have never really been able to air in public, a declaration that I’m a little nervous about... but I’m just going to put it out there, loud and proud.”

“So, I’m going to need your support on this. I am ... single. Yes, I am, I am single,” she said, receiving laughter from the audience. “I’m kidding... This could have been a big coming out speech tonight. I already did my coming out about a thousand years ago back in the stone age, in those very quaint days when a fragile young girl would open up to trusted friends and family, and co-workers and gradually probably to everyone who knew her."

Foster later acknowledged her former partner, Cydney Bernard, but also explained that she wasn’t calling it a coming-out moment because she “already did my coming out about a thousand years ago."

Michelle Williams used her 2020 win for “Fosse/Verdon” to highlight women’s reproductive rights just months after calling for equal pay at the Emmy Awards the previous fall.

“When it is time to vote, please do so in your own self-interest,” Williams urged women listening. “It’s what men have been doing for years, which is why the world looks so much like them. Don’t forget that we are the largest voting body in the country. Let’s make it look more like us.”