What Is ‘Squid Game' on Netflix? Here's What You Need to Know

There’s a new top show on Netflix this week!

Since its release on Friday, Sept. 17, the nine-episode Korean thriller “Squid Game” has climbed its way to the number one spot on the streaming platform in the United States.

Variety reported last week that “Squid Game” has become the first K-drama to snag the top spot on Netflix in the United States, entering the top 10 just two days after its release and hitting number one only four days after its debut.

What is 'Squid Game'? 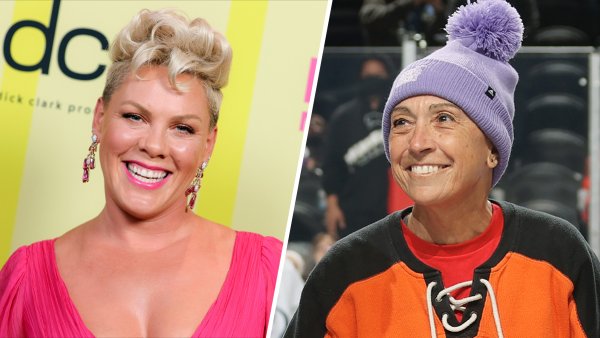 "Squid Game" is basically a mash-up of "Hunger Games" and "Kill Bill."

Remember when we were kids playing games, the consequence to losing was dying? Well, take that idea, but make that fictional outcome a reality for adults.

“Hundreds of cash-strapped players accept a strange invitation to compete in children’s games,” the description on Netflix reads. “Inside, a tempting prize awaits — with deadly high stakes.”

456 people, all who have financial struggles, are invited to participate in a mysterious survival competition to risk their lives to win the ₩45.6 billion prize ($38.5 million USD). Among the shows stars are Lee Jung-jae, Park Hae-soo, HoYeon Jung, Heo Sung-tae, Kim Joo-ryoung, Anupam Tripathi and Lee Yoo-mi.

The two-minute-long trailer of the show gives viewers a sneak peek as to what they can expect from the series, including the lethal twists given to some of the childhood games as well as tense moments between contestants determined to win the prize money to settle their financial struggles.

(Warning: the trailer contains some violence and gore.)

What should you know about “Squid Game” before watching?

“Squid Game” isn’t for those who have a weak stomach. The trailer gives just a small taste of some of the gore and violence that occurs throughout the series as the competition is underway. But that is nothing compared to what actually takes place in the series. So if you're squeamish at the sight of blood, we suggest stay far away.

2. The show was announced two years ago under a different name

The release shared a similar premise to the official summary, explaining that the game would take place in an unknown location while the participants are locked up until there was only one winner to claim the prize. The concept of each challenge is rooted in popular children’s games from the 1970s and 1980s. One of those games include the titular challenge, which is a literal translation of its Korean name, described as “a type of tag where offense and defense use a squid-shaped board drawn in the dirt.”

3. It was inspired by the director wondering how he’d feel participating in similar games

Though some viewers have drawn comparisons to films like the “Hunger Games” series, “Battle Royale,” and “As the Gods Will,” Hwang told Variety that the series was initially conceived as a film in 2008.

“I freely admit that I’ve had great inspiration from Japanese comics and animation over the years,” he said. “When I started, I was in financial straits myself and spent much time in cafes reading comics including ‘Battle Royale’ and ‘Liar Game.’ I came to wonder how I’d feel if I took part in the games myself. But I found the games too complex, and for my own work focused instead on using kids’ games.”

When it came to exploring this idea, Hwang said in an interview with Soompi, “I wanted to create a sense of connection between the nostalgic games we played in our childhood and the sense of never-ending competition that modern adults feel.”

‘There’s an irony in our most beautiful and innocent memories being changed into the most horrifying reality,” he added.

4. If you do dare watch... it's quite addictive

After starting the series, we couldn't stop watching. So plan to binge when you have a day or weekend devoid of other obligations because you're gonna keep hitting "next episode" over and over again.

5. Will there be a second season of 'Squid Game'?

“I don’t have well developed plans for ‘Squid Game 2,’” he explained. “It is quite tiring just thinking about it. But if I were to do it, I would certainly not do it alone. I’d consider using a writers’ room and would want multiple experienced directors.”