2021 Macy's Thanksgiving Day Parade: What to Know and How to Watch

The parade will be televised on WNBC locally, and NBC nationally, from 9 a.m. to noon ET on Nov. 25

Watch the parade live on your browser by clicking here, or tapping the "Live TV" button on your mobile app, and logging in with your TV provider's credentials. (Authentication required.)

The Macy’s Thanksgiving Day Parade will return to its pre-pandemic form this year, with its route restored through Manhattan, high-flying helium balloons once again pulled by handlers and crowds welcomed back to cheer them on. And Baby Yoda is joining the party for the first time.

This year’s parade — the 95th annual — will snap back to form after bowing to pandemic restrictions last year. It will feature 15 giant character balloons, 28 floats, 36 novelty and heritage inflatables, more than 800 clowns, 10 marching bands and nine performance groups and, of course, Santa Claus.

Here's a breakdown of what to expect: 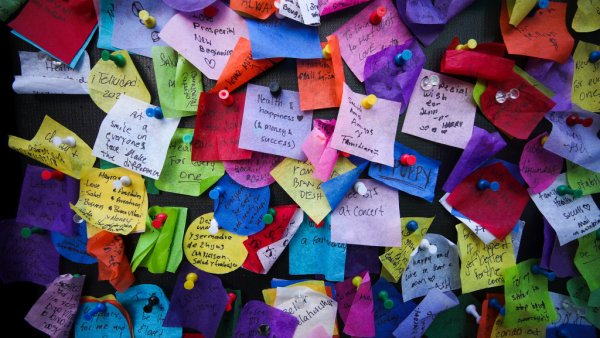 Times Square New Year's Eve Wishing Wall Is Now Open: How to Get Your Hopes Heard 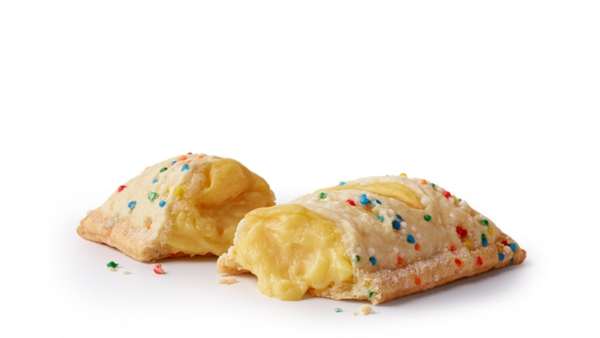 The Holiday Pie Is Back at Select McDonald's Locations

New balloon giants joining the line-up on Thanksgiving Day include Ada Twist, Scientist; Grogu (so-called Baby Yoda from the “The Mandalorian”); and the Pokémon characters Pikachu and Eevee. They will be blown on Wednesday and spectators are welcome to watch, but anyone 12 and older will need to show proof of vaccination. Children under the age of 12 may be accompanied by a vaccinated adult.

The balloon inflation begins at noon through 6 p.m. on West 72nd Street and Columbus Avenue. For social distancing, there will be capacity limits --- so guests are advised to arrive early and wear face coverings. Large packages, coolers, umbrellas, alcohol and chairs will not be allowed inside the area, organizers said.

Some of the returning balloons will be Astronaut Snoopy, "The Boss Baby,” “Diary of a Wimpy Kid,” Chase from “Paw Patrol,” the Pillsbury Doughboy, Red Titan from “Ryan’s World,” Papa Smurf from ”The Smurfs,” Sonic the Hedgehog and SpongeBob SquarePants.

In 2019, strong wind gusts threatened to ground the beloved balloons but it looks like that won't be the case this year. Storm Team 4 meteorologists say this year's parade weather looks great, with temperatures in the 50s and winds forecasted at 10-12 mph.

City regulations, put into place in 1998 after a giant Cat in the Hat balloon injured four people when high winds caused it to knock over part of a streetlight, specify that the balloons cannot be flown if sustained winds exceed 23 mph and gusts exceed 34 mph.

The Macy’s Thanksgiving Day Parade kicks off Thursday morning and the teams who will be handling its iconic balloons met outside Citi Field in Queens, New York, this week to practice. The show’s executive producer, Will Coss, previewed some of the additions to the balloon roster for 2021, including Netflix’s Ada Twist, Scientist, Grogu from “The Mandalorian” and Pikachu and Eevee from Pokemon. Watch a special balloon inflation event LIVE on NBCLX on Wednesday 5:30pm ET.

Once again, this year's parade will be star-studded but there will be no kids under the age of 12 because they've only recently joined the list of people eligible for the COVID-19 vaccine.

Marching bands that had been slated to join the 2020 parade will be participating this year instead, according to Macy's.

Broadway will be represented by the casts of “Six,” “Moulin Rouge! The Musical” and “Wicked.” The Rockettes will be there, as will the cast of the upcoming NBC live production of “Annie.”

“For our 95th celebration, Macy’s has created a spectacle to remember featuring a dazzling array of high-flying balloons, animated floats and incredible performers. We can’t wait to help New York City and the nation kick-off the holiday season with the return of this cherished tradition,” Will Coss, executive producer of the parade, said in a statement.

There will be new floats led by the cast of “Girls5eva” — Sara Bareilles, Renée Elise Goldsberry, Paula Pell and Busy Philipps — Nelly and Jordan Fisher, while Jon Batiste will be on an alligator-themed float celebrating Louisiana’s music, food and culture.

The return of New York City's big Thanksgiving parade is drawing back the crowds with the help of performances from Foreigner, the Rockettes and even an appearance from Michelle Obama. NBC New York's Checkey Beckford reports.

How and Where to Watch

The Macy’s parade has been a traditional holiday season kickoff and spectators often line up a half-dozen deep along the route to cheer about 8,000 marchers, two dozen floats, entertainers and marching bands.

Like in past years, the parade will be televised on NBC from 9 a.m. to noon local time on Nov. 25.

Watch the parade live on your browser by clicking here, or tapping the "Live TV" button on your mobile app, and logging in with your TV provider.

Last year, the usual 2 1/2-mile route through crowded Manhattan was scrapped in favor of concentrating events to a one-block stretch of 34th Street in front of the retailer’s flagship Manhattan store. Many performances were pre-taped and most of the parade’s performers were locally based to cut down on travel. The balloons were tethered to specialized vehicles instead of being controlled by handlers.

This year, viewers can again camp out on the west side of Central Park West from West 75th Street to West 79th Street starting at 6 a.m.

The official parade kicks off at West 77th Street and Central Park West but there's limited to no public viewing here. The parade journeys down from Central Park West to Columbus Circle, turning onto Central Park South, where viewing access is still denied to the public.

Floats will then roll down West 59th Street until it reaches Sixth Avenue, where it will head south to West 38th Street. This stretch features some of the last quality viewing spots, as the parade comes to an end in front of Macy’s Herald Square.

What do the Macy's Thanksgiving Day Parade, gender equity and skyscrapers have in common? You'll be surprised by the connections NBC New York's Kay Angrum found. For example, have you ever thought about the gender of Macy's Thanksgiving Day Parade balloons? Angrum found a gender equality activist who has. And she thinks the lack of female balloons reflects a subtle sexism that deeply affects young kids. Learn about that and more in this episode of "Connect the Dots."
Copyright NBC New York