The parents of Kenneth French, the man shot to death inside a Costco store in Corona by an off-duty Los Angeles Police Department officer, said they're worried new criminal charges filed against the ex-officer could delay their upcoming wrongful death trial in federal court.

"They're concerned the defendants in the civil case could use the new criminal charges as an excuse to delay it," French family attorney Dale Galipo told NBC4 Tuesday.

The wrongful death case is set to go to trial Oct. 19, and the main defendant in that case, the City of Los Angeles, has signaled that it may try to postpone the jury trial until the new criminal charges are resolved. 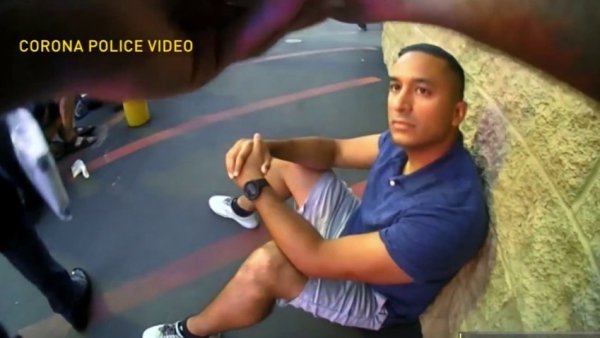 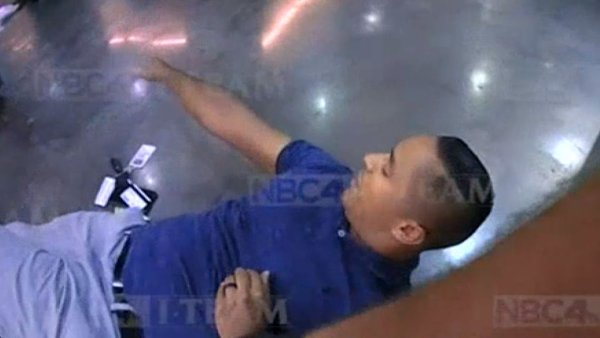 The French family, which has declined to be interviewed, relayed through Galipo its desire, "to see some justice done," with the charges announced Monday, but, "they are wanting very much to have their day in court," in pursuing the lawsuit.

The California Attorney General's office said Monday it filed voluntary manslaughter and assault with a firearm charges against Salvador Sanchez, the former officer who killed French, then 32, and shot and wounded French's parents, Paola and Russell, inside the store in June, 2019.

Jail records from the Riverside County Sheriff's Department showed Sanchez was booked on the charges Monday and released on bond. He is scheduled to make an initial appearance in court in December.

New charges were announced in the case of a former LAPD officer who shot three people in a Corona Costco in June 2019. Eric Leonard reports for NBC4 on Aug. 9, 2021.

The new criminal case is somewhat unusual because the Riverside County District Attorney's Office previously declined to file charges and announced in September, 2019 that a criminal grand jury had decided there wasn't enough evidence to bring a case against Sanchez.

California Attorney General Rob Bonta told the I-Team Monday that his office independently reviewed the circumstances of the shooting following a request from the French family.

The LAPD found in June, 2020 that Sanchez's actions in the store were unreasonable and violated the department's rules for the use of lethal force. Sanchez was fired.

Sanchez's attorney has said the LAPD's conclusions were incorrect, and characterized the new criminal charges filed by Bonta's office as, “a political stunt," that would do little to improve public safety.