Get Your Temperature Checked At The Door, But How Accurate Is It?

Customers arriving at the outdoor Abbey Food & Bar in West Hollywood have been getting their temperatures checked for weeks. If a patron has a fever above 100.5 degrees, they can be denied entrance.

Thousands of Southern California businesses and medical offices are now checking temperatures at the door. But when the NBC4 I-Team tried out a sampling of popular infrared thermometers sold online, some showed readings that concerned medical experts we spoke with.

"I think these devices, in general, are less reliable and less accurate," said Dr. James Lawler of the Global Center for Health Security at the University of Nebraska.

The "gold standard" for gauging a person's temperature is widely thought to be an oral thermometer. But businesses and doctors' offices now routinely use "no-touch" infrared thermometers which are held an inch or two from the person's forehead. 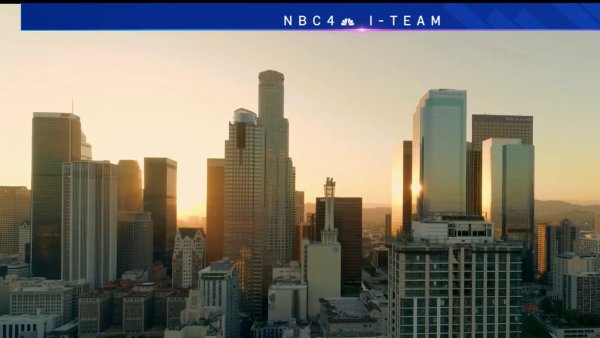 So the I-Team purchased five infrared thermometers and took them to the Charles Drew School of Medicine, and gave them to Professor Alice Benjamin--a registered nurse--to try them on investigative reporter Joel Grover.

First, for comparison, the nurse checked Grover's temperature with an oral thermometer, which measured his body temperature at 98.5 degrees.

She says "normal" for a forehead temperature is up to a degree less than "normal" for an oral thermometer, which is 98.6 degrees.

But Benjamin had concerns about the fourth and fifth thermometers we bought. Those showed reporter Grover's temperature at 95.9 degrees and 95.7 degrees.

Experts told NBC4 they have concerns about forehead thermometers used to screen people for COVID-19.

"They are certainly not going to be 100% accurate in finding folks who present a risk," says Dr. Lawler of the Global Center for Health Security.

Another concern--while oral thermometers gauge your internal body temperature, infrared thermometers used by businesses measure your skin temperature. Skin temperature can be skewed by numerous factors, such as if you're sweating, or if you've just had something to eat or drink.

And even when thermometers give an accurate reading, they don't catch everyone infected with the coronavirus.

"About two-thirds of people who test positive for COVID-19 do not have a temperature," Benjamin told the I-Team.

But experts say there is still some value to businesses using infrared thermometers as a screening tool.

"If you do pick up a temperature in one person, then that may very well prevent somebody who is infectious and a risk from going into a public venue," says Dr. Lawler.