A federal judge has allowed the public to view police video that shows a mistaken arrest a music producer says was a case of racial profiling.

Newly public LAPD body worn video recordings show officers from the Hollywood Division weren’t sure if a man they stopped outside an apartment building on Fountain Avenue was the person described in a 2019 emergency call, which is now the subject of a civil rights lawsuit.

The officers had seen Antone Austin taking the trash out from his apartment and, according to Austin’s lawsuit, the officers assumed Austin was the person wanted in a domestic violence report.

Austin is Black and the person who was the subject of the police call was white.

Austin began to question the two uniformed officers who ordered him to stop, and the confrontation between him the officers became physical as Austin demanded an explanation and began to yell for help. 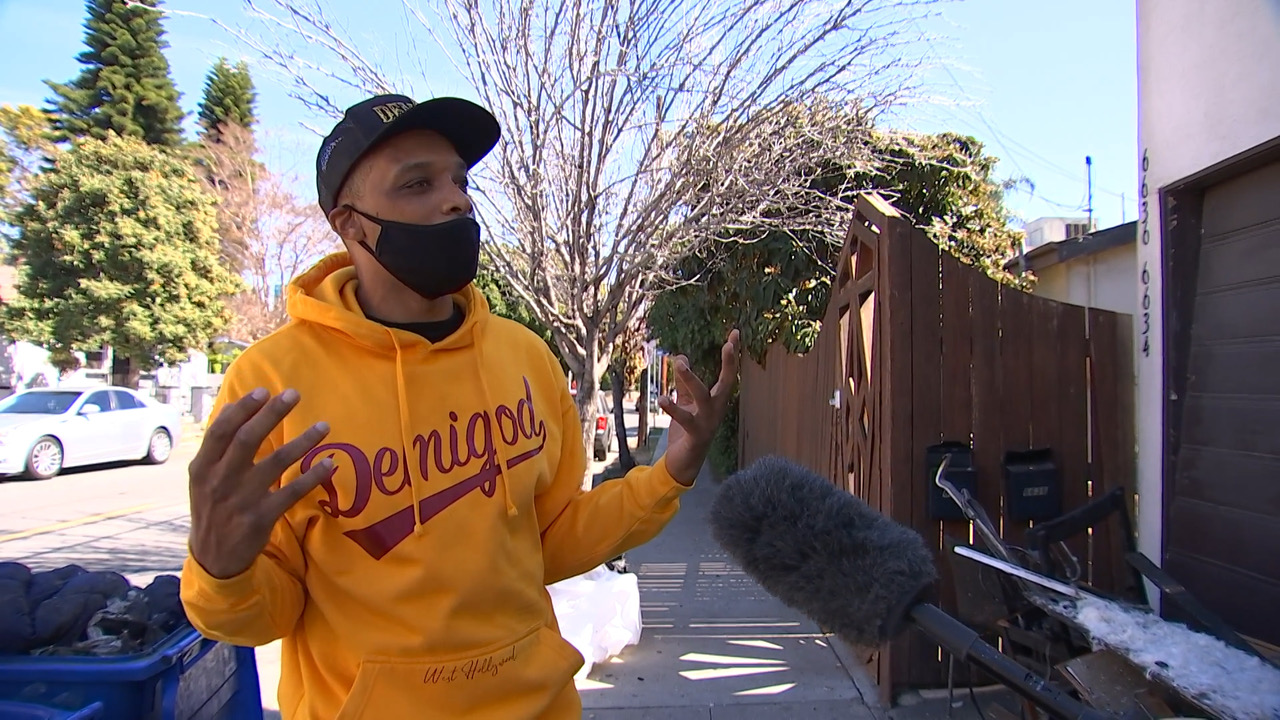 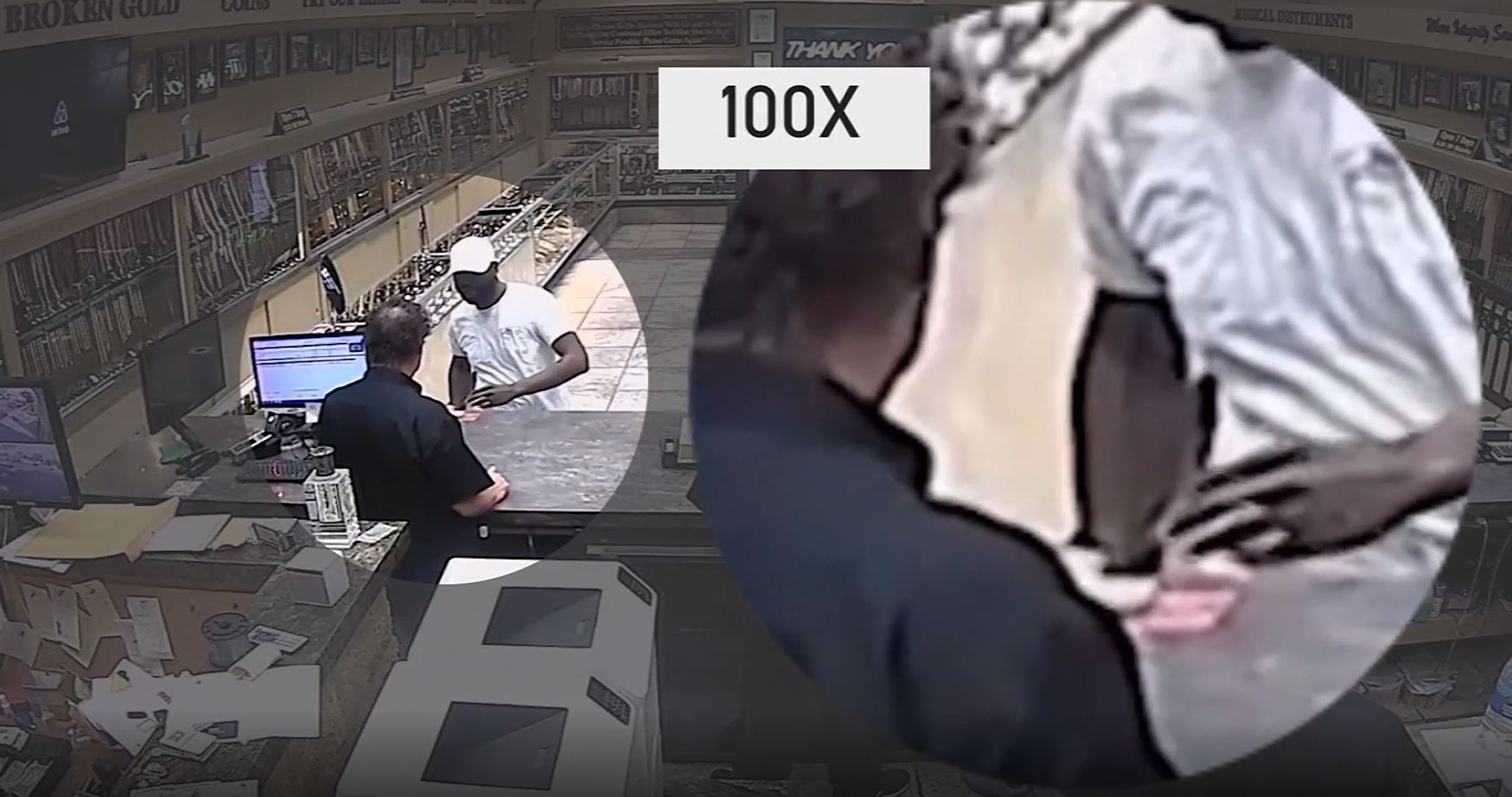 “Turn around man! What is your problem?” one of the two officers is heard on the recording.

Later, after Austin and his girlfriend were taken to the ground and arrested, another officer is heard on the recording acknowledging, "...We got the wrong guy."

A U.S. District Court judge removed a protective order last Friday that had kept the police video under wraps for months at the request of the city of Los Angeles, which claimed in court papers that allowing the public to see the footage would, "be contrary to LAPD policy and may have a chilling effect on future LAPD investigations."

The LA City Attorney’s Office argued that disclosure would, “interfere with the officers’ expectation of privacy,” and create a risk for the officers and their families.

“The Court is not persuaded by Defendant’s [City of Los Angeles] arguments and concludes that Defendant has failed to carry its burden of showing 'good cause' for the retention of the confidentiality designation for the body camera footage in issue,” said United States Magistrate Judge Jacqueline Chooljian in a minute order April 2.

Two years after the incident, no charges have been filed. Eric Leonard reported on NBC4 News on Tuesday, March 9, 2021.

“Defendant has failed to show that any such specific prejudice or harm...would result from the disclosure of the body camera footage in issue in the present case,” Judge Choolijian said.

NBC4 first reported on Austin’s account and lawsuit March 10, when he said he was convinced the only reason he was treated the way he was -- was because he is Black.

"They pushed me up against this gate, boom!" he said, as he re-enacted the confrontation during an interview with the I-Team.

Austin said he didn't know at the time of the police confrontation that one of his neighbors had called 911 to report that an ex-boyfriend was back and she needed help. Her call disconnected before she provided a complete description of the ex.

"I'm like, 'Wait a minute, man. I live here.' And I turn around and I say, 'Hey, man, I live here,'" Austin said, which is when he said officers used more force to push him into a garage door, then on to the sidewalk, where he said he was held down and handcuffed by more officers.

Austin's girlfriend, Michelle Michlewicz, said she ran to try to intervene, knowing that Austin wasn't the subject of the police call, and said she was pushed down by officers, which caused her robe to open. She was exposed and recorded by police body-worn video cameras.

Both Austin and Michlewicz were arrested and held in jail for hours.

During an interview with the I-Team's Eric Leonard, Austin said he thought none of it would have happened if a white person had been on the sidewalk that day.

"If they thought you were the guy, I feel like they would have had a conversation with you," Austin said.

"They wouldn't just immediately thought about slapping cuffs on your body and then pushing you up against a dirty garage, slamming you on the concrete," he said.

The lawsuit filed by Austin and Michlewicz accuses the arresting LAPD officers of using excessive force, other officers of failing to intervene to stop the arrest, violations of the Unruh and Tom Bane Civil Rights Acts, and battery and negligence.

Gill said it was important to hold officers accountable for all instances of misconduct, almost like the popular police theory of broken windows, in which small crimes are aggressively enforced in order to prevent low level criminals from graduating to more serious offenses.

The LAPD declined to comment on the allegations because a civil lawsuit is pending.

In court filings, the LA City Attorney's Office said the couple's claim is without merit and should be dismissed. It argued that Austin and Michlewicz are themselves to blame for the force used against them, and said that police should be immune from liability.

Austin and Michlewicz moved to a new home after the incident.

Austin told the I-Team he believes the confrontation with the officers could have ended much differently if he hadn't called out for help, which led to his neighbors calling police--unaware Austin was being detained by officers on the sidewalk outside.

"I just know that these are the situations that people that look like me die in," Austin said.

"The neighbors that saved my life are also white folks. So it's like, you know, without them, and no telling what would have happened to me.”