"My biggest concern is that this is happening to other people, and IEHP is getting defrauded on a large scale."

Tax payers are likely left footing the bill after a college student in the Inland Empire reached out to the I-Team, concerned that his Lyft account had been hacked for the purpose of Medi-Cal insurance fraud.

Day after day, college senior Robert Williams was being contacted by Lyft drivers for rides he never ordered. 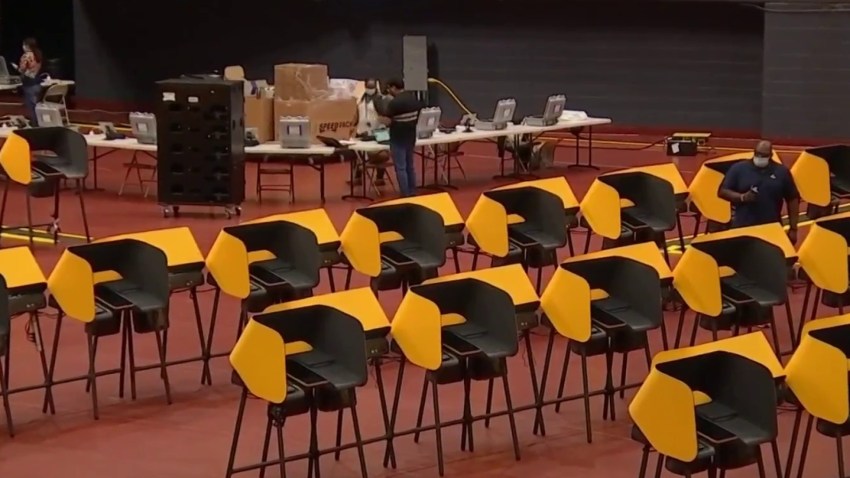 From ‘Showtime' to ‘Vote Time,' Forum Transforms Into Polling Center

Of course, there is irony in his choice of major because he believes his Lyft account was hacked, or at least compromised.

"I do have a Lyft account, but I've only used it twice," Williams says.

Normally, Williams drives himself, so the only times he used the popular ride-share app was when he was out of town.

"Eight months ago, I started getting text messages, 'Hey this is your Lyft driver. I'm outside your house,'" Williams says. "The first time it happened, I got a little freaked out somebody is outside my house. I didn't order a Lyft."

And Williams got a ton of voicemails.

It got so bad that Williams was receiving over 10 voicemails from Lyft drivers every week.

But when he checked his credit card, Williams didn't have any charges. He was never billed. Emails he shared with the I-Team show that he repeatedly reported the issue to Lyft for investigation until his account was ultimately deleted last July.

The text messages stopped, and the nightmare appeared to be over until he received a letter from the Inland Empire Health Plan, his insurance provider, stating, "We've noticed that you've requested a lot of rides and cancelled them, and we get charged for every time that happens.

The I-Team reached out to IEHP, who responded, "The identity of one of our members was misused for unapproved transportation trips."

The insurance provider has turned over the case to state investigators, “to review and take appropriate action including law enforcement action if appropriate...the identified driver has been banned from providing trips for our members.”

The agency says it will use stricter measures to identify Members requesting transportation. You can read IEHP’s entire statement here:

"IEHP has determined that the identity of one of our Members was misused for unapproved transportation trips. All incurred expenses from the unapproved trips will be recovered from our transportation vendor so no public funds are at risk, and at no time was our Member impacted financially. We do apologize for the inconvenience that our Member experienced and have reached out to him directly.

"IEHP has taken the following actions to remedy this case and prevent similar situations from occurring again:

1) We turned over the details of this case to our state investigators to review and take appropriate action, including law enforcement actions if appropriate.

2) The identified driver has been banned from providing trips for our Members.

Williams says that he never used his health insurance to book with Lyft.

"I didn't even know that was a thing you could do," he says.

In an email to the I-Team, a spokesman for Lyft says, "We have a dedicated team that promptly responds to any fraudulent activity, we are currently investigating this issue and are reaching out to Mr. Williams' insurance organization."

Williams has yet to graduate, but he deserves an "A" for his instincts, as his actions and disclosures started the investigation to stop tax payers from getting ripped off.

Williams shares, "My biggest concern is that this is happening to other people, and IEHP is getting defrauded on a large scale."

Neither the Inland Empire Health Plan nor Lyft has said how many rides were booked or how much has been paid to Lyft for these bogus rides. No one has been able to answer exactly how Williams' account was compromised and whether it's happened to anyone else.