At SoCal's Largest Healthcare Provider, COVID-19 Tests Aren't Available For Everyone With Symptoms

On Twitter, Kaiser Permanente members are complaining of being unable to get COVID-19 tests at the healthcare giant.

On it's website, Kaiser Permanente tells it's 4.6 million Southern California members that "we're testing all symptomatic members for COVID-19." But the NBC4 I-Team found out that that's apparently not the case.

The 35-year-old bartender began feeling COVID-19 symptoms in late April and his wife had a phone appointment with a Kaiser doctor to get him a test. Roberts says the doctor told him he didn't qualify. 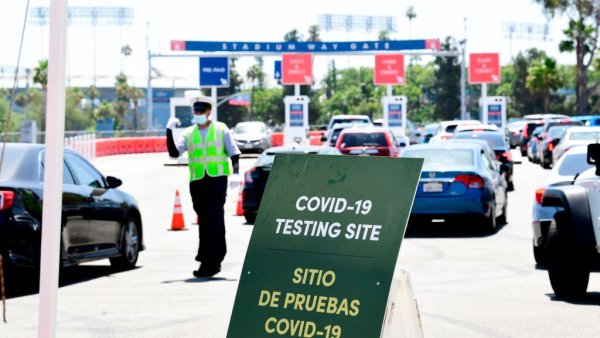 "They said [it was] because my symptoms were not severe enough, and because I'm in my thirties," he told the I-Team.

On Twitter, other Kaiser members are complaining of being unable to get COVID-19 tests at the healthcare giant.

"Kaiser denied me a Covid test even though I'm a healthcare worker," tweeted Reina Ann. "Kaiser will not test you for Covid-19 even if you had direct contact  with an infected person," tweeted Abrielle.

But Mikhail Roberts said, "They need to understand these private health care providers are not providing testing for everyone."

Kaiser's Regional Medical Director, Dr. Nancy E. Gin, at first told the I-Team, "We can test everyone with symptoms."

But Dr. Gin later said it's possible that not everyone with symptoms who is asking for a test is getting one. "We have a lot of people who are coming in right now wanting to get tested," said Dr. Gin.

Mikhail Roberts didn't give up when Kaiser first denied him a COVID-19 test. His wife took to Twitter to vent their frustration.

"Kaiser won't test us," his wife Sharon Pearlman tweeted. Kaiser tweeted back that it "would look into your concerns."

Yesterday, Pearlman and Roberts say they received a letter from Kaiser saying their request for a test has been denied again because "it is not medically necessary."

"Why are we putting out hundreds and hundreds a month for insurance, if we can't get a test when we need one," Mikhail Roberts said.