Intense flames tore through the loading zone of a commercial building in Ontario late Wednesday, forcing employees still in the building to run and leaving firefighters searching for the cause of the fire.

The Ontario Fire Department responded to a fire burning near the external area of a building on Proforma Avenue, near the Ontario Airport, at around 11 p.m. on Wednesday night.

The building belongs to a business called U.S. Merchants, and the designed manufacturing and distribution facility was filled with plastic materials and wooden pallets that fueled the fire.

The fire quickly escalated to a two-alarm, then three-alarm fire, with 64 personnel in total on scene to fight the flames.

A chief with the Ontario Fire Department says the wooden pallets and raw plastic materials that fueled the fire also made it difficult to put out.

Both the exterior and interior fires have been contained, but the overhaul to the building will be extensive.

Employees who were working at the time of the fire managed to escape the building, with some of them saying they didn't realize the fire spread inside because they left the building before that occurred. Others said they heard explosions.

"I just got up and started putting all the machines in manual, and then I started to walk outside, and the fire was in the receiving yard," said one employee.

One employee said there was a propane tank inside of the building which was his "big concern." However, firefighters kept that tank from exploding.

The fire was mostly extinguished by 5 a.m. Thursday morning, with employees of the facility working with firefighters to ensure none of the plastic materials inside the building were keeping the flames alive. 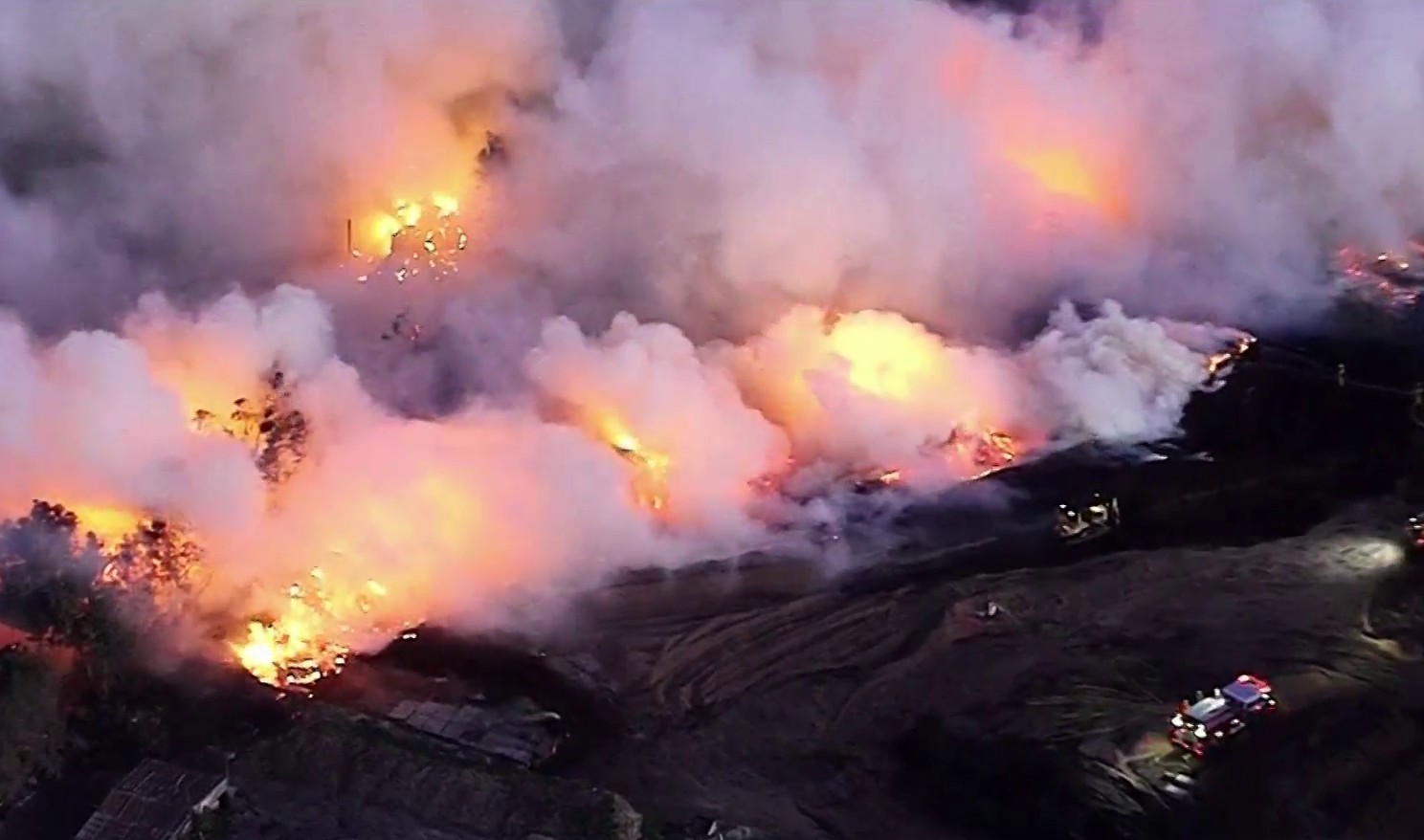 The Ontario Fire Department is being assisted by San Bernardino County Fire Protection, Montclair and Rancho Cucamonga Fire Departments. Fire personnel are expected to be out at the scene for several hours.

Capt. Mike Gonzalez of the Ontario Fire Department said the fire is no longer a threat, but people who work in the vicinity may encounter trouble with parking.

The cause of the fire is currently under investigation.