Mingzhi Zhu was shot and killed when a gunman, who had already attacked a man waiting in line at a Starbucks drive-thru, opened fire through an SUV window in downtown Los Angeles.

A 42-year-old father of two young children was one of two people killed Tuesday in a series of shootings carried out by a man in Jeep SUV at several locations in and around downtown Los Angeles.

Mingzhi Zhu of South Pasadena, was working as an Uber driver early Tuesday in downtown Los Angeles when the SUV pulled alongside his Cadillac Escalade. Its driver opened fire through the SUV's window. 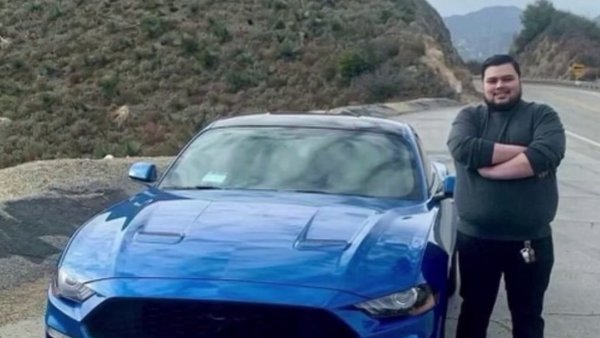 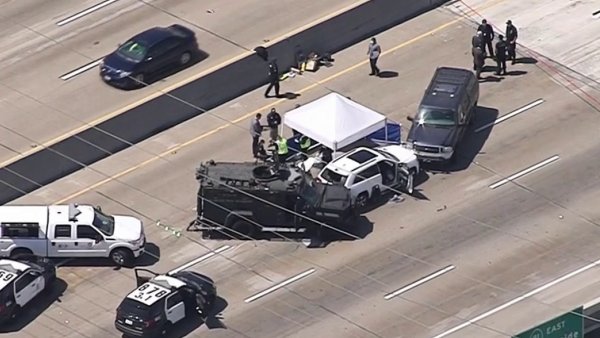 Zhu was on his way to pick up a rider, Uber said in a statement that called the early morning shootings senseless and heartbreaking.

“He was a hard-working, gentle, kind, deeply loving father and very dedicated husband,” a family spokeswoman said. “The family is really at a total loss.”

Zhu is survived by his wife and two children, ages 2 and 8.

Police have not identified a motive for the shootings, which appeared to be random.

The suspect in two fatal shootings died after a police chase from LA to Fullerton. Eric Leonard reports for the NBC4 News on Tuesday, April 27, 2021.

“This appears to be random acts of violence,” police Lt. Raul Jovel told reporters in Fullerton, where the man was shot. “We have no idea what precipitated this.”

The shooter, only described as a man in his late 40s or early 50s, died during a freeway standoff in Orange County that followed a police pursuit, according to the Los Angeles Police Department. The man refused pleas from police and a family member to surrender, authorities said.

Shots were fired at police during the standoff, and one officer returned fire, killing the man.

The drive-by shootings began around 12:55 a.m. near the University of Southern California when the suspect pulled alongside a victim’s vehicle and fired multiple rounds at him, Moore said later during a police commission meeting. The victim suffered a bullet graze wound to his head, and he is expected to survive.

A dashboard camera inside the victim’s vehicle captured part of the shooting and the Jeep’s license plate, which helped officers circulate a description of the car.

About 10 minutes later, another shooting occurred less than a mile away. The suspect drove alongside another another vehicle — this time in a Starbucks drive-thru — and backed into it, causing a crash. The suspect then fired into the vehicle, killing a newlywed who was driving with his wife, police said.

Police believe there was a “verbal exchange” between the couple and the gunman.

The gunman then encountered Zhu in downtown LA at about 1:25 a.m., about 3 miles away from the scene at Starbucks. Zhu was driving when the gunman pulled up next to him and began firing through the window.

A fourth incident was reported shortly after the homicide, LAPD Chief Michel Moore said, when the suspect fired at a vehicle in an intersection. Officers spotted the suspect’s Jeep and began a long pursuit, which included the suspect firing at a white Tesla while driving.

The driver was not injured.

The chase covered several freeways in Los Angeles and Orange counties. Police used spike strips to disable the Jeep on an overpass in Fullerton around 3:30 a.m., when a standoff with LAPD SWAT officers began.

SWAT pinned the Jeep in and attempted negotiations aimed at having the shooter surrender.

The gunman began firing at the officers through the vehicle’s front windshield, and an officer returned fire. The man shot at police a second time, the chief said, prompting the officer to return fire again.