Don't Have a ‘Tom Cruise' Moment When You Return to the Office: How to Avoid COVID-19 Conflict

As workers across the country start returning to their respective offices and adjusting to the new normal of mask wearing and social distancing, expect a fair share of bumps in the road

So... have you heard the reports of that on-set Tom Cruise rant?

In case you missed the fireworks, here's a quick recap: Cruise was reportedly caught on the set of "Mission Impossible 7" going on a profanity-laced rant while addressing two crew members he believed breached COVID-19 protocols while filming near London.

In the leaked audio, the man identified as Cruise is heard shouting: "If I see you do it again, you're f---ing gone. And if anyone in this crew does it, that's it — and you too and you too. And you, don't you ever f---ing do it again."

The British newspaper The Sun published leaked audio Wednesday. NBC News has not confirmed the authenticity of the audio nor its context, but has reached out to Cruise's representatives, his lawyers and Paramount Pictures.

While this particular incident captured international headlines because of Cruise's global star power, the underlying conflict isn't confined to a movie set. As workers across the country slowly return to their respective offices and adjust to the new normal of mask wearing and social distancing, expect a fair share of bumps in the road.... even if it doesn't rise to the level of a Hollywood star screaming at you. 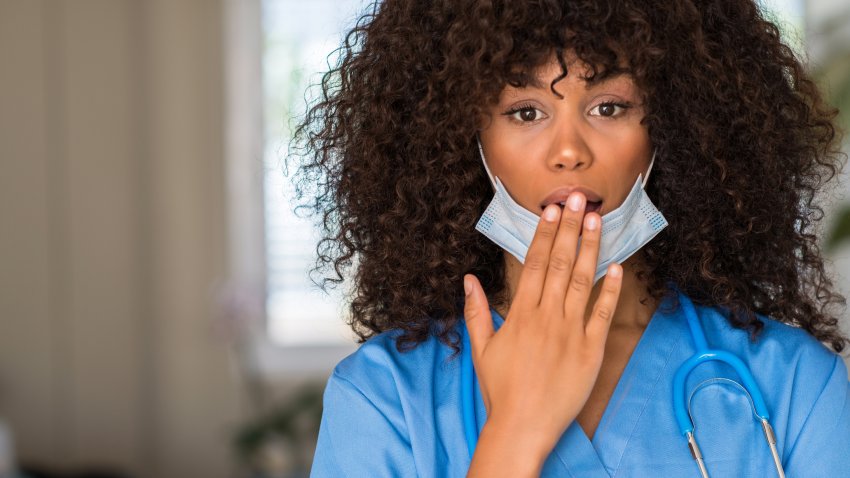 Students Are Falling Behind in Math as COVID-19 Continues to Disrupt Education, According to a Study

Altercations about mask wearing and social distancing can turn heated quickly. Here's a few suggestions on how to de-escalate them safely.

Upon returning to work, most supervisors will explain the new rules of the office when it comes to workplace interactions with colleagues. Those new rules will run the gamut from social distancing policies to mask wearing to maintaining proper social hygiene. Familiarize yourself with these new workplace protocols quickly and adhere to them.

Use Common Sense and Respect the Space of Coworkers

Until a vaccine is widely distributed, the days of sauntering over to a colleague's work station for a quick gabfest are over. Respect your colleagues' space and keep a minimum of six feet away. Treat your co-workers with the same respect you would your beloved family members.

Keep Your Emotions in Check

Workplace conflicts are going to happen as everyone adjusts to the new normal. Yelling, screaming and physical altercations weren't acceptable workplace behaviors pre-COVID-19 and they certainly aren't today. If you come face to face with a colleague who is routinely crowding your space or for some reason refuses to wear a mask, try talking out your concerns before taking it to the next level.

When in Doubt Take it to a Supervisor

But ultimately there will be 'That Guy.' That guy who just doesn't get it, or doesn't want to get it, or wants to make a point of getting in your face without a mask or is constantly breathing down your neck. If talking it out with 'That Guy' fails, take your concerns to a supervisor and document your complaints.