A few months ago, 16-year-old Paris McKenzie went viral – and for a good reason.

The Brooklyn teenager became the youngest owner of a Black beauty supply store in the country. And her initial tweet about her store, Paris Beauty Supplyz, has gained nearly 140 thousand likes – and co-signs from big celebrities like Bella Hadid and Janet Jackson.

The idea, though, started because of a problem. As someone who’s “been through every form of a hair journey possibly,” McKenzie said she grew tired of going into beauty supply stores and either being treated like she wasn’t welcome or greeted by workers who had no knowledge of Black hair care.

“Paris Beauty Supplyz is an inclusive beauty supply store to push beauty, self-love and self-courage,” she said. “I feel like that’s what really sets us apart and what really differentiates us from other beauty supply stores because they say, yes they focus on customer service, but how can you service the customer if you don’t know them?” 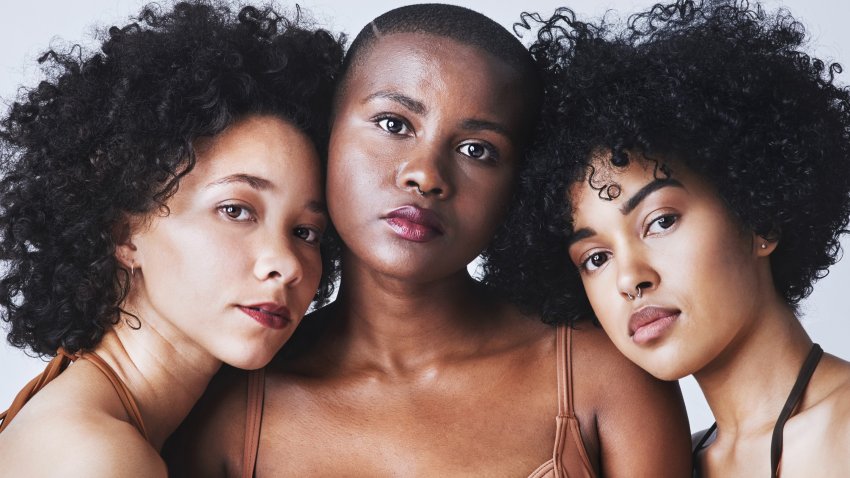 The accomplishment of opening her own business at her age is also impressive for another major reason. According to a Business of Fashion report, out of the thousands of Black haircare and cosmetic stores across the U.S., only about 3,000 stores are Black-owned – despite Black consumers accounting for a vast majority of dollars spent. According to Nielsen, in 2017 alone Black consumers accounted for more than 85 percent of the ethnic hair care market, spending almost $55 million.

LX’s Ngozi Ekeledo spent a day with McKenzie and talked to the 16-year-old entrepreneur and business owner about breaking boundaries in the haircare industry all while juggling being a high school student.

The following interview has been edited and condensed for clarity.

NGOZI: What made you want to open your own beauty supply store?

PARIS: Almost every beauty supply store that I went in, I experienced the same thing. Nobody was there to help me as much, nobody was there to say, 'Oh here’s what will work best for your hair type.' No one was there to really greet me and say, 'Hi, welcome. How are you doing today?'

NGOZI: How did Paris Beauty Supplyz come about?

PARIS: It was an opportunity that was presented to me. The previous owners said they were selling, and my mom asked me if I wanted to invest. Knowing the power and the impact that it would have on a lot of other people, I couldn’t pass up on the opportunity.

PARIS: To see my name outside on the storefront is a bit surreal. Like I don’t really 100 percent take in how influential it has been. It's been overwhelming at times. But just knowing the impact you have and the work you’re doing for a lot of other people – that’s what keeps me going.

I’m the youngest owner of a beauty supply store in the country, so it’s something people haven’t seen before, and that’s what usually pulls people in.

NGOZI: Speaking of pulling people in, your initial tweet about the store went viral.

PARIS: I had my grand opening September 4, 2020, and I decided to post it on Twitter. And I don’t know what made me really think about that because I didn’t have a Twitter following – I had probably 20 followers on Twitter, and I was lucky if I got maybe one like on anything I posted.

NGOZI: And you got the attention of some major celebrity followers.

PARIS: The post was reposted by Bella Hadid first, and I was so shocked because I was just like, “This can’t be real, like she can’t actually know who I am or my name, that’s so crazy!” And then a few weeks later, Janet Jackson posted me on her actual page, and that was what really kind of made me feel weird, you know? To know that Janet Jackson knew who I was and she knew my story – that is what really changed everything for me and made everything feel a bit more real.

After that, when the post went viral, that’s when we started to get a lot of support.

NGOZI: You mentioned before – at 16, you’re the youngest owner of a Black beauty supply store in the country. What is a typical day in your life like right now?

PARIS: It's pretty hectic (laughs). I go to high school in the mornings, and I’m an early graduate. I take college classes two days a week so I do that in the afternoons, and throughout the day I will usually come to the store and see if I can get a few things done, and then I would go back home and finish more schoolwork.

I don’t know why I’ve been so ambitious in life, but obviously this hasn’t been enough for me (laughs). In college I’m playing to major in pre-med.

NGOZI: Your mom owns a hair salon just two doors down from your store. In what ways has she influenced you?

PARIS: I was born in Brooklyn, and a few months after I was born, my mom opened up her first hair salon, which was Paris Hair Studio. I grew up in that hair salon, and I learned so many things from her and I learned so many things about hair. Even now, her just being two doors down means that we can continue to have that mother-daughter relationship, and not only mother and daughter but also [a] business relationship. She’s always there to help me and guide me.

Just watching my mom as an entrepreneur herself, and seeing her own multiple businesses and running them fluently has been something that was very influential and impactful in my life. Just being able to learn financial literacy and different things within business has definitely been because of her.

NGOZI: The Black haircare industry is a multibillion-dollar industry, and yet the majority of these stores catering to Black haircare and cosmetics are not Black-owned. What does it mean to you knowing that you are breaking this barrier?

PARIS: To be able to see that it is possible for us to own a beauty supply store is what’s most important because a lot of the time when you don’t see someone who represents you in the area where you want to be in, you feel like as if you can’t do it.

The difference of having a Black owner who’s catering to herself and people who are like her is that we have a bit more insight. I’ve been through every form of a hair journey possible – box braids and protective styles; relaxers and perms – and I’m able – especially being young – I’m able to stay on top of the trends and the new styles.

More people representing us in the beauty supply store industry or just cosmetology as a whole, it’s good so that we have that representation and we know that it is possible for us to achieve something in that area.

One day I was at work here in the store, and a mother came with her younger daughter who saw my story, and she was just so excited to meet me, and she kept bugging her mom to bring her. So one day her mother finally brought her, and she was telling me about her lemonade stand and her lip glosses that she wanted to sell, and I was just so happy to see a young girl determined and motivated just from seeing my story. Stuff like that is what really gives me the motivation to continue. To be able to see that doing this is not going in vain, that I’m actually working for a purpose to inspire those young girls who are like me and who wanted to do more things in the world.

NGOZI: What advice would you give to other young entrepreneurs who want to follow in your footsteps?

PARIS: Follow your heart. Just the pure joy you will get from doing something that’s your passion is the most successful thing you can do in life.