Doroshow is the founder and executive director of G.L.I.T.S. (Gays and Lesbians Living in a Transgender Society), an organization she founded in 2015 whose mission is to provide housing and support for LGBTQ people.

One in five transgender people have experienced homelessness in their lives, according to the National Center for Transgender Equality, and for the more than 1.6 million homeless youth in the United States, an estimated 20 to 40 percent identify as LGBTQ.

Ceyenne Doroshow has made it her mission to combat this issue. According to Vogue, last year the NY-based LGBTQ advocate helped raise more than one million dollars to provide housing and social service needs for New York’s Black trans community. Doroshow is the founder and executive director of G.L.I.T.S. (Gays and Lesbians Living in a Transgender Society), an organization she founded in 2015 whose mission is to provide housing and support for LGBTQ people. 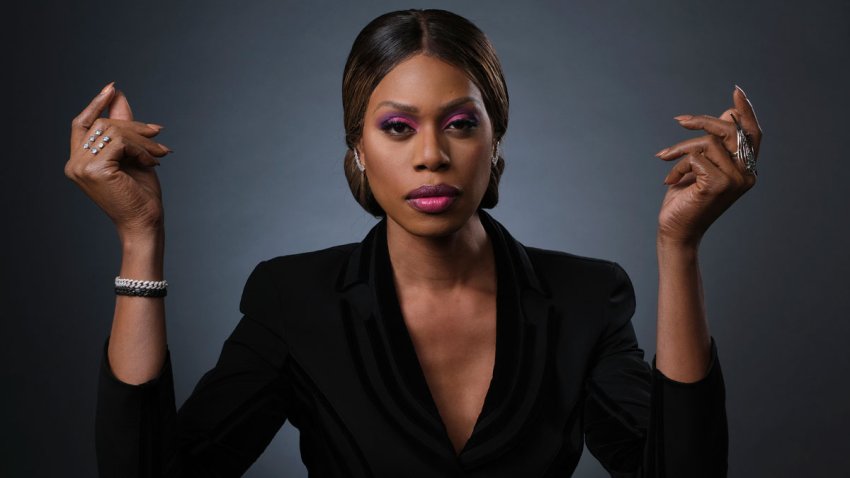 This past November, Doroshow made history when she opened the G.L.I.T.S house in Queens – the first housing complex owned for and by the Black trans community in New York City.

LX storyteller Ngozi Ekeledo interviewed Doroshow about her work, the G.L.I.T.S. house and why combating housing insecurity is a very personal mission.

The following interview is edited and condensed for clarity.

NGOZI: What made you want to found G.L.I.T.S. and what is the mission behind it?

CEYENNE: Being a founder of something that can help and lend a heart, (I wanted to) give my community what we haven’t had or been blocked out of – a sense of family, a sense of growth.

The reason why I named my agency Gays and Lesbians Living in a Transgender Society is because transgender has always been last. Society has painted this picture that we can’t achieve because we should not be allowed to, but as human beings shouldn’t we all be afforded quality of life? That’s mainly why I developed G.L.I.T.S.

NGOZI: One of the platforms you provided for people – especially during this pandemic, and it’s a historical one – is the G.L.I.T.S house, which opened in Queens. It is the first Black trans-owned housing community in New York City. What was that day like when you cut the ribbon and the G.L.I.T.S. house was officially open?

CEYENNE: So beautiful and so peaceful. I got the people I really wanted to be there to honor that day and to show the world that a Black trans woman got access.

What do you do with that access? You create something for your community that’s never been done, and you create it with every sense of healing and peace and sustainability. That’s literally showing people, it’s telling all of these young people that they, too, can do this. We can change society. We can change the blueprint we’ve been locked out of.

NGOZI: How many units are available? Have they been filled up?

CEYENNE: No, they’re not all filled. It’s twelve units, and we now have three people going in. One of our (tenants) designed his apartment himself, and it just speaks for his whole being – being a queer artist and being somebody that’s going to go to college. Literally he cried.

The next apartment is (for) somebody I’ve always counted on when I have clients that are dealing with addiction, and (this person) has been living in their mother’s apartment for twenty-five years past her death. I can’t imagine what it feels like to step out of that into his own place.

So we want them to have this sense of home that wakes you up in the morning and says, “Let’s start a new world. Let’s begin anew.” It’s giving people a chance that they’ve never had.

NGOZI: It’s clear that you all are building community, equity, sustainability and also helping with an issue that we’re seeing during the pandemic – which is housing insecurity for a lot of folks. Why is this a personal issue for you and a personal task you wanted to take on?

CEYENNE: I spent years homeless and sleeping on people’s couches; I was squatting in an apartment on Amsterdam Avenue and 100th Street – a full brownstone – with a very talented Black, older, queer person that took me under their wing. We didn’t have any heat, nothing, no running water – but we had each other.

Going through that taught me a lot. Once I could get on my feet, all I could think about was how I never wanted to be in that predicament ever again and how I must not be the only person that has gone through this.

Once you see homelessness on so many levels, I became an institutional aide in a homeless shelter, in a drop-in center, and that’s kind of what catapulted me into wanting to help people – because I was one of the people that needed help, and I had no access. I had very few people that would help me. Most people laughed at me and made jokes about me being homeless or me being on drugs. Nobody ever took the time to see why. So, I want to be that person to take the time to love people and embrace them and give everyday society a chance to see that trans women and trans people have access. Also, we are normal. There’s nothing crazier in our lives that ain’t in your lives.

NGOZI: You’ve been in advocacy work in this space for over thirty years. You’ve made this your life’s mission – building community and helping people. What do you hope your legacy is when you look back on all of this?

CEYENNE: One, I want a Black trans woman to take my place, but I want to continue this cycle of equity – this Black trans equity, this chance to not only house people but employ people – and have this continue. In my city, I need to not only own something, but I need to build something for the community to grow. That’s the most powerful thing we can do for our community.