Each cane is signed and numbered. Morris says he's currently at work on cane 815. Each is shipped to a veteran that requests one at no cost.

Most Christmas trees, if they're lucky, have anywhere from a five to six week lifespan. This stretches from the day after Thanksgiving (for the overeager) to early into the New Year for those who just can't bring themselves to say goodbye to the holiday season (you know who you are). The trees take up a prized position in living rooms across the country for the month of December before they're discarded on the sidewalk like so much rubbish after the holiday festivities come to an end.

But that's not the end for all of them. One Navy veteran has found a profoundly touching way to give these trees second life and renewed meaning.

In 2017 Florida carpenter Oscar Morris started “Free Canes For Veterans" and began painstakingly creating handcrafted wooden canes for any veteran who requested one... at no cost. After a Facebook post went viral, Morris' pet project took off and he found his canes in heavy demand. Morris’ first cane was made of cypress, but many since then have been made of recycled Christmas trees, courtesy of a local Lowe’s.

Morris, a third-generation petty officer, describes his handiwork as a "nice little process" which involves waiting for the tree sap to crystallize so he can use grinders and sandpaper to take the bark off, exposing the wood that's underneath. The limbs are then mulched. All the pine needles are recycled. Everything is put to use. "We bring it down to a size. And unbelievably, it is the strongest wood. What that tree gives me back at the end of all that long process turns out to be the most beautiful wood that actually I work with. It's not a hard process, but it does take a lot of time." 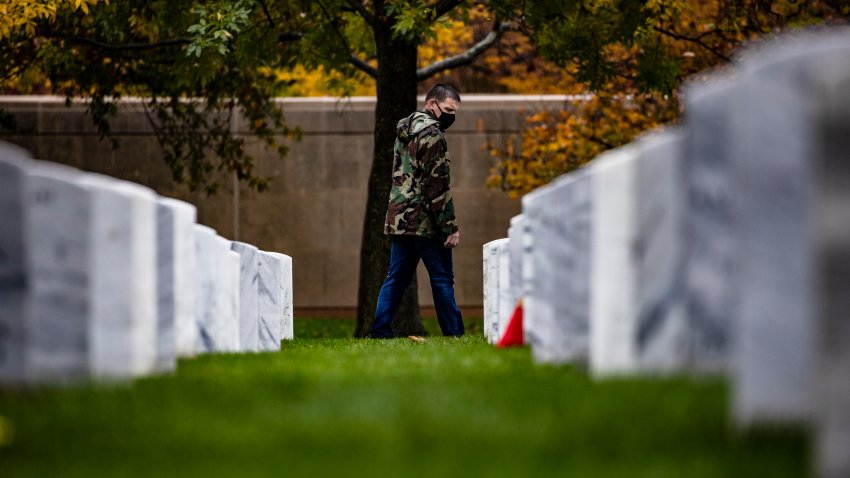 But that's not all. On request the canes are also adorned with special markings and insignia for each military recipient, including their rank, military unit and what medals they earned during service.

"It's a huge reminder to that veteran of what they once stood for. God has given me the gift of miniature miracles, which is not curing somebody," says Morris. "It's making somebody feel better. We're not sure what's wrong with them, but my canes will make them feel one hundred percent better."

Each cane is signed and numbered. Morris says he's currently at work on cane 815. Each is shipped to a veteran that requests one at no cost. Morris currently has a waiting list about 300 names long and he does the best he can to prioritize those who may be in greatest need because of age or health.

"Our Korean veterans are of age where we want to get them served as quick as possible. Some of our Vietnam veterans, it depends on their their necessities as far as mobility issues. We take all that in the process," he says. "We have some that are on hospice. And even knowing that they may never be able to walk with that cane, we still process that we can even overnight those."

Morris says he often receives letters and photos from his recipients and that's all it takes to keep him going. "When I think something as simple as a cane can bring so much emotion and joy to somebody. That's why I don't care how much time I spend on this, it has a purpose."