The Gorilla Glue Saga, Laid Edges and the Trauma of Black Beauty Standards

From relaxers to braids and even weave sew-ins, pain is relatively common when it comes to styling Black hair.

Is your look even complete if your edges aren't laid?

One woman seemed to think not before she attempted to unconventionally give her hair a smooth, slick finish with hardware store Gorilla Glue after running out of her go-to gel.

Louisiana native Tessica Brown went viral last week after posting a video on TikTok showing her rock-solid hair clinging to her scalp, despite numerous attempts at washing the industrial strength glue from her hair.

“My hair has been like this for about a month now,” Brown said while showing off her new hardened, braided ponytail in a video that has been seen more than 25 million times. (Watch it HERE.)

But the now-viral story is part of a bigger picture: Black female beauty standards and the societal pressure to accept that beauty is pain. 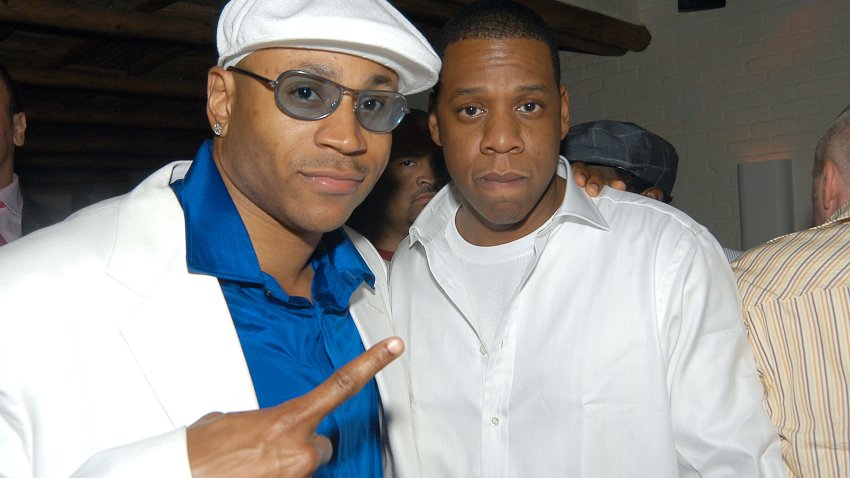 What's the Rock and Roll Hall of Fame's Problem with Rap Music?

When attorney-turned-physician Alana Nichols learned why #GorillaGlue was trending on social media, it evoked a sense of familiarity.

“I’m not about to call this girl stupid when my normal Sunday routine involved sitting in a kitchen doorway while my granny applied grease to my edges and then ran an IRON comb through my hair after heating it on the stove,” Nichols said in a Tweet that set her mentions on fire.

From relaxers to braids and even weave sew-ins, pain is relatively common when it comes to styling Black hair.

“I know that we are willing to have a headache for a day to get our hair done right,” Nichols said while thinking back on getting her first sew-in. “My friends told me you need to take Advil and ibuprofen beforehand, especially because you're tenderheaded and your head's still probably going to hurt after.”

For a group that deals with the pressures of racism, sexism, classism, and heterosexism, beauty standards in the community are deeply rooted in oppression in the past and present.

Never being able to come close enough to the Eurocentric ideals of beauty, including white skin, straight hair and slim features, Black aesthetics are constantly undervalued.

Even in online dating, the Black community faces racial discrimination and Black women were rated “less attractive” than women of other races in an OKCupid study from 2014.

Beauty standards of the Black community are not only scrutinized in online dating, but also in the workplace.

A recent study revealed that Black women who rock natural styles are often seen as being less professional, less competent and more likely to experience bias in job recruitment.

Ultimately, Black women are forced to choose between either protecting the texture of their God-given coils or straightening their hair to escape natural hair biases, the Michigan State and Duke University study concluded.

It’s a decision that Nichols knows all too well.

“I went back and forth about whether or not I would be accepted with natural hair versus straight hair,” Nichols said while recalling a decision that had to be made for a headshot at work.

Nichols said she told herself “this is a profession that you're trying to get into and the majority of the people who are looking at this application don't look like you. You need to straighten your hair. And so I did.”

So, has the Black community fought back?

Simply put, yes. The CROWN Act, which stands for Creating a Respectful and Open World for Natural Hair, was created by a group of organizations dedicated to fighting discrimination in the United States. The U.S. House passed the legislation last September, making it illegal to discriminate against natural hair textures and styles in employment and education.

The CROWN Act stands for Creating a Respectful and Open World for Natural Hair. Congresswoman Marcia Fudge shares the emotional personal stories of hair discrimination that drove her to help introduce this legislation on behalf of Black women.

Some in the Black community have offered a complete rebuke of eurocentric beauty standards through moments like the “Black is Beautiful” or natural hair movements. And others attempt to combat the issue through thorough upkeep of their appearance. It’s why Black hair care is a billion dollar industry — 2.5 billion to be exact. This speaks to the pressure to prove that Black hair is “good hair.”

From childhood, Black people are taught that they have to be “twice as good to have half of what they have,” and this extends to appearance. There’s undue burden to prove oneself.

This is likely why Ms. Brown needed to make sure that there was literally not a single hair out of place.

In the Black community, there’s a saying that one must never go outside “looking raggedy.”

Loni Love is showing some love to Tessica Brown, the Louisiana woman who went viral for using Gorilla Glue to style her hair and then finding she couldn't get it out. The comedian, actress and author said she is gifting Brown a custom wig.

“So what kind of runs through my mind is she ran out of her glue,” Nichols said as she imagined the events that led up to Brown’s sticky situation. “She was like, OK, maybe I'm not going to leave the house with my hair looking like this. I got to use something.”

With her Got2bGlue gel bottle empty, there was little she could do if she planned to leave her home ready to face the stereotypes and discrimination she would already encounter because of the color of her skin.

So, in Brown's mind, she did what she had to do.