Even though this year’s presidential inauguration won’t feature black-tie galas or celebrity-filled DC parties, soon-to-be-President Joe Biden still appears to be raising enormous sums of money – likely tens of millions of dollars – for inaugural events, with some of the country’s largest corporations doing the underwriting.

But watchdogs worry soliciting funds from special interests – and the lack of transparency around those contributions – creates the opportunity for – and appearance of  – influence-peddling by an incoming administration. 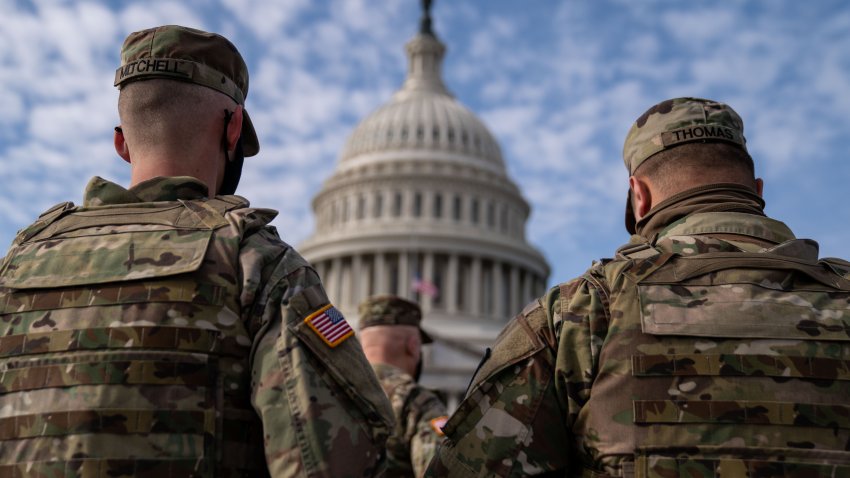 Protecting the Country From Inauguration Threats Will Have a Price Tag in the Billions, Says Security Expert

“It's about access and influence,” said Brendan Fischer, Director of Federal Reform with the Campaign Legal Center, a good-government group in Washington.  “The health care industry and the tech industry very likely want something from the Biden administration, or at least want to have their voice heard in the Biden administration…the six- or seven-figure corporate check means that those wealthy donors are going to have their voices heard louder than anybody else.”

Raising money for inaugural events isn’t new; it’s how generations of presidents have kept taxpayers from having to pay for their week-long parties.  But Fischer said the largely-unregulated fundraising creates an “influence-buying free-for-all,” even in a year where the pandemic has forced most events online.

While inaugural committees do not have to disclose their big-dollar donors until April 20 (they have no obligation at all to disclose how they spent the money), the Presidential Inaugural Committee (PIC) for Joe Biden and Kamala Harris voluntarily released earlier this month a list of donors who contributed.

Among the organizations on the lists: Google, Microsoft, Boeing, Qualcomm, Verizon, Comcast (the parent company of NBC), as well as a number of labor unions and at least one bank.

What do they get for their dough?

The Biden-Harris PIC is offering exclusive access and perks to their series of virtual events.  That includes an invitation to a virtual event with Harris and her husband, plus a virtual signed photo with the couple ($250,000 donation from an individual; $500,000 from an organization) or a similar invitation to an event with Biden and his wife, plus virtual signed photos and preferred virtual viewing for the inauguration.

But more significantly, organizations get to build a relationship with the incoming administration, that will one day make important decisions related to their industries and their businesses.

Biden’s inaugural committee said it would not accept any donations from corporations, executives, or lobbyists tied to the fossil fuel industry, and it wouldn’t accept any donations greater than $1,000,000 from other organizations.  That’s a departure from the $50,000 limit President Obama set for his first inauguration in 2009, where he raised $55 million without taking any money at all from corporations or lobbyists.

In December, a group of 51 progressive groups sent a letter to the Biden-Harris committee, asking it to forego all corporate donations, for “the drive to raise so much money without a clear use for it is perplexing, and the appearance of doing so is disconcerting.”

However, Biden’s 2021 limits are more restrictive than President Trump’s inaugural effort in 2017, which raised $107 million without any restrictions on amount or industry donating.  At least 63 companies federal contractors donated in 2017, according to the Center for Responsible Politics, and the District of Columbia filed a lawsuit last year over alleged misappropriation of funds by Trump’s committee.

“The Trump administration was marked by any number of ethical problems and at least the appearance of influence peddling, and Biden has stated that he wants to a mark a sharp break from the transactional nature of the Trump administration,” Fischer said.  “Voluntarily adopting more stringent limits on his inaugural's fundraising would be an easy way and good way to do that.”

The Biden-Harris PIC has promised a week’s worth of high-production events, rivaling last August’s virtual Democratic Nation Convention.  That event required approximately $43 million in fundraising, compared to approximately $85 million for the party’s in-person 2016 convention.  The inaugural committee has not said how much it expects this week’s events to cost.

Ultimately, Fischer says the more big donors allowed into the political system, the harder it is for politicians to notice the voices of average Americans.

“Why accept million-dollar checks from the tech industry if you're trying to create the appearance that you're working on behalf of the American people, rather than on behalf of just wealthy donors?”

Legislation has been approved in Congress to ban corporate contributions to inaugural committees, but the measures – like all other money-in-politics reforms in recent years – died without a hearing in the Senate.

For both public health and public safety reasons, attendance at Wednesday’s swearing-in event on the Capitol lawn – the only inaugural event paid for by taxpayers – will be limited to just members of Congress and a few hundred other invitees.