In the 2020 election, the Native American vote could play an important part in a key swing state like Arizona. In 2016, President Trump claimed victory in the state by a little over 91,000 votes, and there are about 67,000 eligible voters living in the Arizona portion of Navajo Nation. In size, Navajo Nation is larger than ten U.S. states and stretches over 27,000 square miles.

For Tara Benally’s grandmother, the process of casting her vote in the 2020 presidential election is not a simple one.

“It’s not just a quick drive down the road, go to the post office and go down another block or two to cast your ballot; here, it takes a lot of planning,” Benally said. “It takes a whole day to just go pick up your mail.”

Benally’s grandmother lives in Dennehotso, Arizona on Navajo Nation, and in the 2020 election, the Native American vote could play an important part in a key swing state like Arizona. In 2016, President Trump claimed victory in the state by a little over 91,000 votes, and according to the New York Times, there are about 67,000 eligible voters living in the Arizona portion of Navajo Nation. In size, Navajo Nation is larger than ten U.S. states and stretches over 27,000 square miles.

For Benally herself, who is of Hopi and Dine descent, helping members of these indigenous communities in the state vote is a bit more personal.

“As Native Americans, we weren’t given that right [to vote] until the early 1960s, but we were the first people [here], so it’s kind of a slap in the face when you realize and you understand what the voting process means to the people,” she said. “So hopefully the people will see going forward, when they cast their ballot, that they’re a part of a voice that they’ve felt like has been suppressed for so long.” 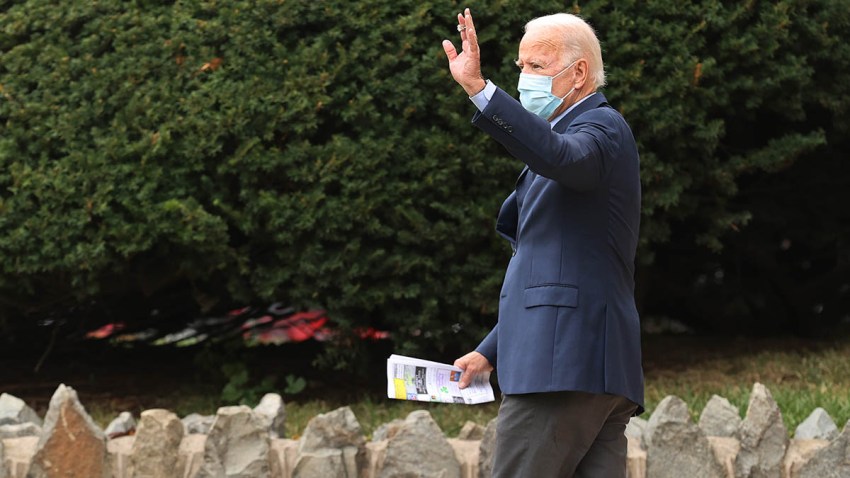 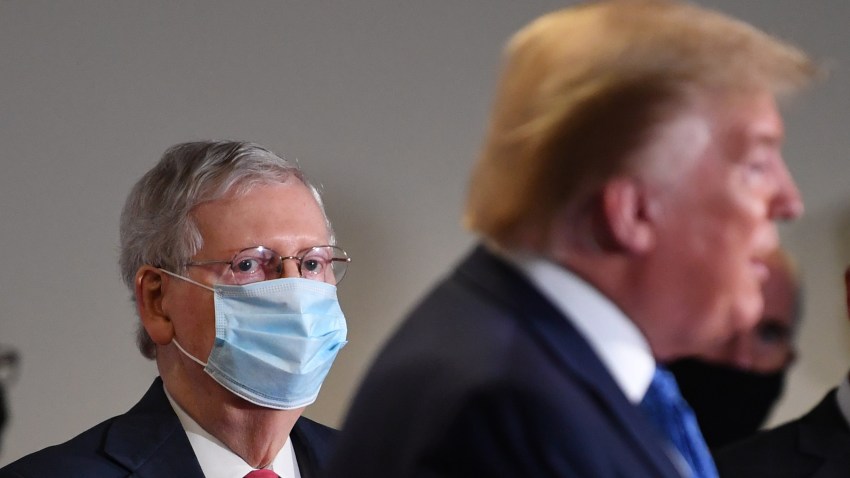 Why the Democrats Winning Back the Senate Would be a BFD

According to a report from the Native American Rights Fund, only 66 percent of the eligible Native American voting population in the United States is registered to vote, and Benally has been hard at work trying to change that through her work as the field director for Rural Arizona Project, an organization focused on helping with voter registration among indigenous communities on Navajo Nation. Since the start of the year, she says she alone has helped register about 1,000 voters, despite COVID-19 presenting additional challenges.

“[The government] said they would simplify the whole thing with the mail-in ballot, but that’s actually not the case,” Benally said. “It’s people still losing their wages, a full-day’s wage, to make plans to go to the post office, and from my understanding, there were only thirteen post offices here on the Navajo reservation in Arizona, and that’s a good distance.”

With more people choosing to utilize early voting in this election due to safety concerns over the pandemic, voter registration changes in Arizona have also created additional confusion for many eligible voters on Navajo Nation.

“Understandably a lot of them are frustrated because there’s been so many changes with the voter registration deadline,” Benally said. “First it was October 5th , and then the court ruled it was going to be extended to October 23rd , but [then October 15 th ] was the last day for voter registration.

“We’re basically telling people, ‘Oh it’s okay, you have time to register to vote,’ but then it’s like, ‘No, wait. Wait a minute, I’m sorry. That’s completely wrong, you have to register today.’ It’s really confusing and really frustrating for the people across Navajo,” Benally said.

October 23rd is the last day that Arizona voters can request a ballot by mail, and Arizona Secretary of State Katie Hobbs released a plan with information about upgrades and additional information to help aid Native American voters, especially during the pandemic.

“Native American communities have historically participated in voting in-person on Election Day as a civic and community event,” Hobbs said via statement. “Due to current public health concerns, it’s now more important than ever to plan ahead and have back-up options for voting.”

That plan, called the AZVoteSafe Guide For Native American Voters, included additional recommendations for the state’s tribal communities, such as joining the state’s Permanent Early Voting List, and encouraging tribal members to make a one-time request for a mail-in ballot – even if they ultimately end up choosing to vote in person – to “ensure…a safe and secure back-up option for voting this year – an option that doesn’t require waiting in line to get a ballot or needing to vote at a potentially crowded polling place.”

For those who do choose to vote in person, the plan also encouraged early voting and provided a list of resources, like contact information for different County Recorders and Elections offices across the state’s tribal communities, to try to alleviate some of the burden and confusion.

“I am fulfilling my obligations under the law and am doing everything I can within the contours of our constitution and laws to protect and promote the right to vote,” Hobbs said in a separate statement, “especially for those most vulnerable among us and those most gravely impacted by the COVID-19 pandemic.”

All of these hurdles only magnified some of the challenges Native American voters have faced over the years during national elections, which include everything from inclement weather and interpreter issues to a lack of accessible polling places and transportation.

“Most people that reside on Navajo lack transportation, and a lot of the time [these] polling places are several miles down the road, and there’s been a lot of confusion through the years as to where each polling place is,” Benally said. “A lot of our early vote locations are different from the actual election day polling places, so that has been confusing to the people, even this year, to try to figure out where they need to go on election day to cast their ballot.”

As well, over the years, issues regarding standard addresses or incorrect locations on reservations have caused problems for Native American voters. One solution that Benally and her team frequently deploy is the use of Google Plus Codes, which use latitude and longitude instead of traditional street addresses for people in more remote areas like reservations.

In September, the Arizona Secretary of State’s Office announced that they had upgraded an online voter registration resource, ServiceArizona.com, to help assist voters with non-standard addresses.

“This new option allows voters who may not have a traditional address the opportunity to register to vote and participate in the election process,” Hobbs said in a statement via the announcement. “Many voters in rural and tribal communities do not have a standard address, and this allows them to register online. Our office is continually working to ensure a more inclusive process.”

Another additional layer of confusion in this voting process is the fact that this year is also an election year at the chapter level across Navajo Nation, and often those voting locations are separate and different from voting locations for federal government elections.

“A lot of families don’t have that time to set aside to where they can…say, ‘Okay, I’m going to take this day off to cast my ballot at this early vote location that’s within my area,’ and then have to go back and say, ‘Okay, now I have to cast my ballot for the Navajo Nation, and I have to be at the chapter house to do that,’” Benally said.

Faced with these roadblocks, it’s also created a larger issue when it comes to many Native Americans’ distrust in the federal government, overall. Following the 2018 midterm elections, a survey conducted by the Native American Voting Rights Coalition that same year found that more than 15 percent of Native Americans in Arizona cited a lack of trust in the local government as a reason why they didn’t participate in federal elections.

“There’s still so much skepticism out there that I feel it takes me nearly almost an hour to sit down and talk to an individual and educate them on why it’s important for us to cast our ballot this year,” Benally said. “A lot of people in the leadership area across Navajo I have heard say, ‘It’s not a process that’s for Navajo,’ but it is a process that Navajo needs to practice even to this day because the people benefit from it.

“They need to understand why it’s important to vote – why, who does it affect if we don’t vote? – not just ourselves, but we’re talking about generations to come. So it is very important,” she said. “Having the right to vote and recognizing it, I feel like we need to practice that right because a lot of the issues across Navajo and across different indigenous nations are human rights issues."

Then pandemic lockdowns forced them to switch gears, with her crew tweaking their initiatives and pivoting to drive-thru voter registrations. Field organizers wore face shields, masks, gloves and basic PPE and helped register voters, who were able to remain in the comfort and safety of their cars.

In the future, Benally hopes that the federal government will do more to recognize and help Native American voters in election years – whether it be through the creation of additional post offices and election offices or even more organizers on Navajo Nation urging indigenous members to vote.

For now, though, she will continue to build that kinship with her people all while helping them use their voices to make a change.