The 12.3-mile extension will add new stations to the Metro Gold Line system in the cities of Glendora, San Dimas, La Verne, Pomona, Claremont and Montclair.

Officials broke ground Saturday on a $1.5 billion, six- station Foothill Gold Line extension from Glendora to Montclair in a ceremony at Citrus College.

The 12.3-mile extension, which is expected to take nine years to complete, will add new stations to the Metro Gold Line system in the cities of Glendora, San Dimas, La Verne, Pomona, Claremont and Montclair, and also marks the first Measure M-funded rail project to move forward to construction.

"Funding the second phase of the Gold Line Extension is the perfect example of what we're trying to achieve through our agency's comprehensive transportation plan," Metro CEO Phillip A. Washington said. "As we make transit more available in new communities, we are changing the face of Southern California and creating an infrastructure inheritance for our children and grandchildren." 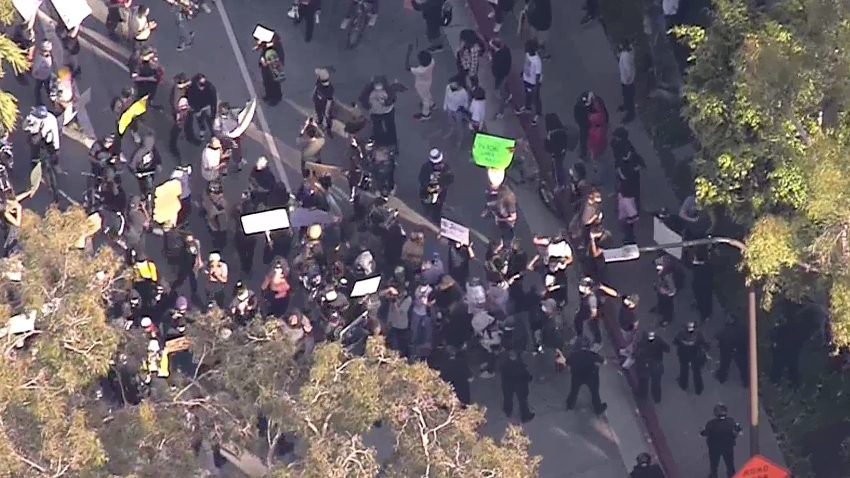 A Beacon Economics report released earlier this month predicted the extension's construction would bring a string of economic benefits to the region, including nearly 17,000 jobs, more than $2.6 billion in economic output, more than $1 billion in labor income and nearly $40 million in tax revenues for Los Angeles County.

Once passenger service begins, the report predicted the extension will generate an annual benefit to the county of more than $52 million in economic output, $17 million in labor income and nearly $800,000 in tax revenues, while generating 277 jobs.

"We know that investing in public infrastructure projects like the Gold Line are economic engines," said Habib F. Balian, CEO of the Foothill Gold Line Construction Authority. "But it is always impressive to see just how much each project directly benefits our region in job creation, economic activity and future revenues -- it is a significant return on investment."

The portion of the project within Los Angeles County -- Glendora to Claremont -- is being mostly funded by Metro's Measure M half-cent sales tax that was approved by voters in November 2016, as well as residual Measure R funds from the Pasadena to Azusa segment that was completed under budget. The portion from Claremont to Montclair is being funded by San Bernardino County.