Robicheaux and Riley are charged with drugging and sexually assaulting multiple victims they allegedly met at social gatherings.

An attorney representing three alleged victims of a Newport Beach doctor and his girlfriend, who are charged with drugging and raping multiple women, filed a motion Friday suggesting the case be turned over to a special prosecutor or the state Attorney General's Office instead of being dismissed as the Orange County District Attorney's Office has requested.

Matthew Murphy, a retired veteran Orange County District Attorney's Office prosecutor, now represents three women who claim they were victimized by Dr. Grant Robicheaux and his girlfriend Cerise Riley. Murphy represented another woman in the case, but withdrew as her attorney in November.

Robicheaux and Riley are charged with drugging and sexually assaulting multiple victims they allegedly met at social gatherings. Robicheaux is charged in connection with seven alleged victims, while Riley is charged with five. They have both continued to maintain their innocence.

Murphy argued that there "at least eight, and as many as 18 women who have provided substantially similar accounts of being sexually assaulted by" the defendants.

"None of these women know each other," Murphy said, adding investigators recovered 119 grams of GHB, commonly known as a date rape drug, from the defendant's home.

"We respectfully submit there is substantial evidence of a concerted conspiracy between the defendants to meet, drug and rape vulnerable women," Murphy said. 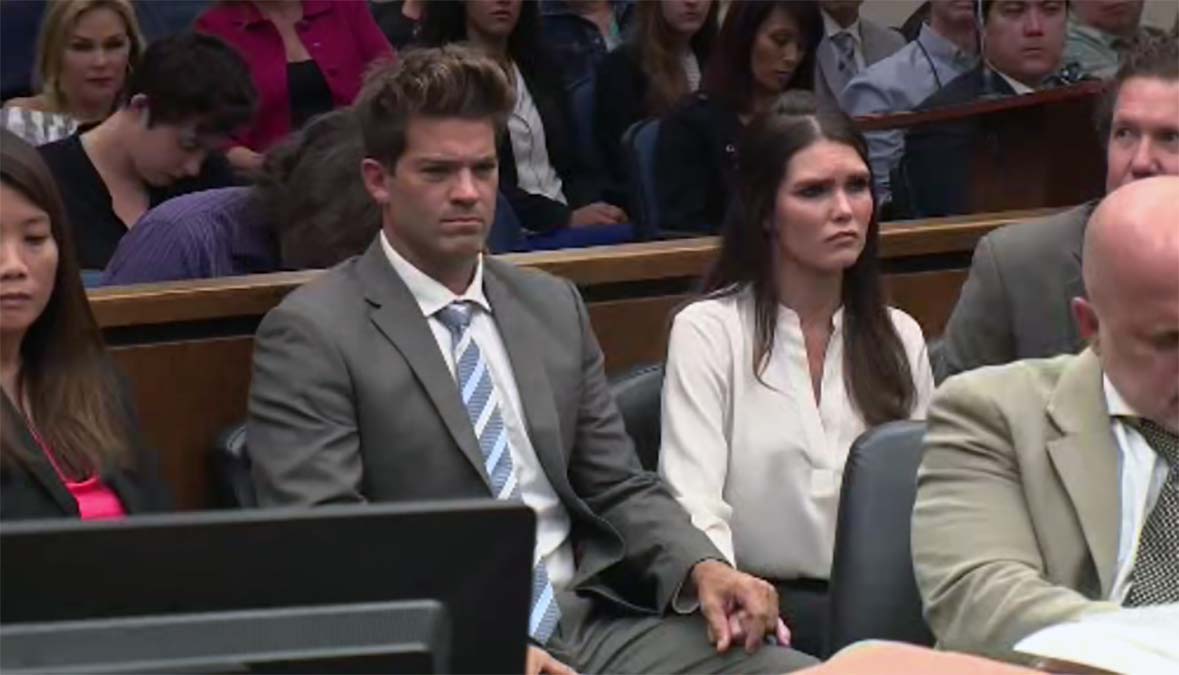 OC Surgeon to be Prosecuted on Drug, Assault Charges

Orange County District Attorney Todd Spitzer argued last Friday that the charges against Robicheaux and Riley should be dismissed because prosecutors cannot prove their case. Spitzer earlier asked the Attorney General's Office to review whether his office had a conflict due to the political battle he had with his predecessor Tony Rackauckas, who filed the case.

Spitzer outlined in a news conference earlier this month how his office, after an exhaustive review of the evidence in the case, could not find any videos that show the defendants attacking the women. That was a stark contrast from Rackauckas saying there could be hundreds of victims when he announced charges.

The victims in this case "have found themselves pawns in a political battle between two district attorneys they have never met," Murphy said in his motion.

Murphy also accused the defense attorneys of using a civil suit filed by one of the alleged victims to harass the other victims.

"They have been subjected to shocking procedural abuses during a collateral civil case to which they are neither parties nor witnesses," Murphy said. "They have been harassed by the defense; they have been lied to; and now publicly shamed by the newly elected district attorney in whom they had no choice but to place their trust."

Murphy also noted that one of the attorneys involved in the lawsuit served a subpoena on a friend of one of the alleged victims, demanding any correspondence between the two. In a motion filed last Friday, the attorneys mistakenly argued there were no more victims in the case because charges were dropped.

Orange County Superior Court Judge Greg Jones refused last Friday to drop the charges, saying he wanted to see the evidence prosecutors had so he could make a more informed ruling.

The attorneys in the civil suit said the plaintiff, who is suing the defendants, is an "opportunist seeking to cash in on the notoriety of the criminal prosecution."

They further argued, "It makes the proceedings (in the civil suit) all the more important because it will be in this courtroom that the ultimate issue of (the plaintiff's) false claim of sexual assault will be determined."

The attorneys argued that the plaintiff will use the claims from the other women to amplify her argument for damages.

"Marsy's Law does not apply, because (the target of the subpoena) is not a victim... plus, Marsy's Law no longer applies now that the criminal prosecution has been dismissed. There are no longer any victims," the attorneys argue in the motion.

Murphy, in his motion, called the claim of no more victims a "stunning display of procedural hubris," and he argued it indicated the defense attorneys would "continue harassing the victims if the case is dismissed."

The defense attorneys representing the defendants did not respond to a request for comment.

Murphy argued there was enough evidence to proceed with the case and noted in many rape cases, which are difficult to prove, prosecutors frequently rely on victim testimony without corroborating evidence. Murphy said the lack of evidence of videotaped sexual assaults could be argued as a sign of consciousness of guilt since the defendants often videotaped consensual sex.

Murphy said Jones has the latitude to assign a special prosecutor or turn the case over to the Attorney General's Office. He could also direct the
Orange County District Attorney's Office to continue with the case, Murphy
said.

"Mr. Murphy did not give us the courtesy of providing the Orange County District Attorney's Office with a copy of his motion before he leaked it to the press,'' said Kimberly Edds, a public information officer for the office.

"As such, we are unable to comment on his argument at this time. The court made it clear that he wanted any motions on this case filed under seal because it is presently under submission with the court. Mr. Murphy was present in court when that order was made by the judge."

Murphy told City News Service that his motion was not ordered sealed and he noted that Spitzer gave him a few minutes notice before his news conference in which the District Attorney explained why he wanted to dismiss charges.

"I simply extended them the same courtesy they extended my client when they had a national press conference and gave her three minutes notice," Murphy said.