The baby was found safe at a relatives home, but not until after a lengthy search in Sylmar

Rescuers searched overnight for about two hours after deputies received a report of a baby who was tossed over a cliff in Sylmar only to discovered the child was safe at a relative's home in the San Fernando Valley.

The child's mother was taken into custody in connection with the report that triggered the search on hillsides near Lopez Canyon and Kagel Canyon roads.

Deputies were called about 1 a.m. by the child's father, who told them he and the baby's mother had been in an argument and she claimed to have tossed the baby over a cliff. Los Angeles County firefighters and Altadena and Crescenta Valley Search and Rescue Teams were dispatched to the scene to look for the child and the baby's parents were detained for questioning. 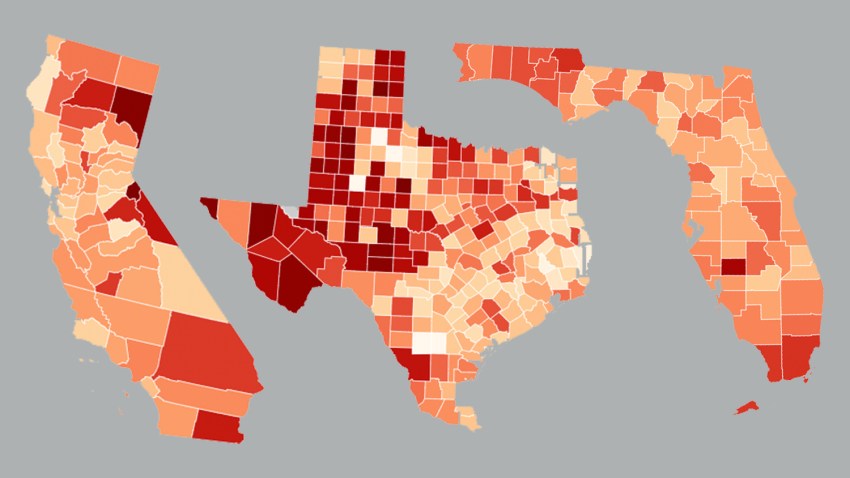 Map: Your Chance of Encountering the Coronavirus at an Event This Thanksgiving

During the course of the investigation, the child's mother admitted to deputies she did not toss the baby over a cliff and the child was at relative's home, according to the sheriff's department.