Investigators are working to determine how a man died after his body was discovered in a bloodied white Audi in Carson Tuesday.

Los Angeles County Sheriff's homicide detectives had been investigating since 6:30 a.m., cordoning off the area around the back of an office building in the 4000 block of East Carson Plaza Drive.

Investigators initially said the man had been stabbed, but backed off on revealing the cause of death, pending an autopsy. The coroner arrived on scene to help identify the man, and determine how he died.

Blood could be seen on the outside of the car, with an apparent blood trail leading up to the car from the parking lot. 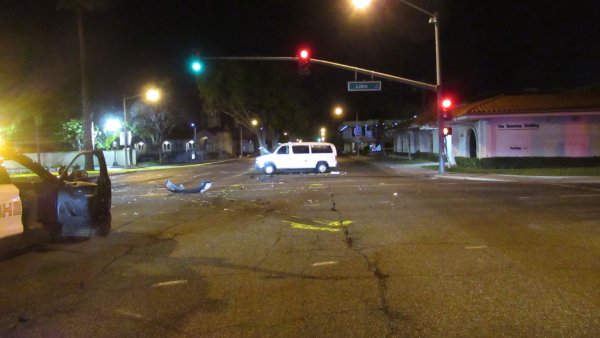 Investigators were checking to see if any surveillance cameras might have captured what happened.

The car was discovered parked in the rear lot of the Occupational Safety Councils Of America, an organization that does safety training and drug testing for businesses.

The business staff wouldn't comment, detectives wouldn't reveal if he was connected to the office.

"This is a well-traveled area with a lot of businesses and traffic, so we made the crime area bigger so we can collect any evidence related to the situation," said Lt. Brandon Dean.

A woman who works nearby says she saw a crime scene investigator pick up what looked like a pocket knife in the parking lot of an office building across the street. It wasn't clear if that was connected to the death.

Anyone with information was asked to call the Sheriff's Homicide Bureau at 323-890-5500.