‘Obama Bounce' Is Crushed By Worries About Economy

All of the warmth and enthusiasm generated by Barack Obama's election to the presidency hasn't spilled over into the stock market.

Despite predictions from some analysts that there would be an Obama bounce after the campaign ended, stocks have gotten trashed in the past week, falling about 14 percent since the day after the election.

The massive selloff has been fueled by increasing worries that government's financial bailout isn't resolving the credit crisis and that the coming holiday season will present the worst shopping environment for decades.

"After the election there was euphoria, and then reality kind of set in," says Kathy Boyle, president of Chapin Hill Advisors in New York. "There's a hell of a lot of work to do." 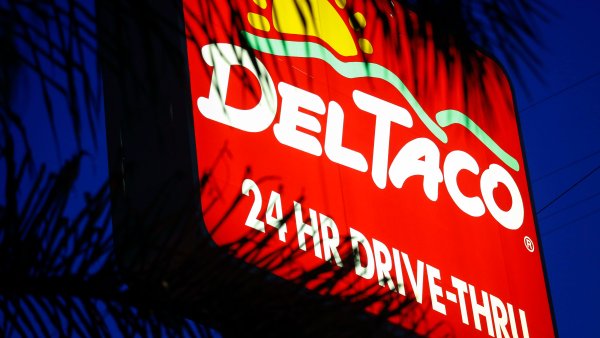 Jack in the Box Inc 13 hours ago

Stocks are now back near their recent lows of late October, when the Dow Jones Industrials was at 8,176 and the S&P 500 was at 849. The Nasdaq has actually slipped past its recent low. Some market pros think hitting those lows again could prompt another selloff.

"You're worried on your own homefront, but you're also worried in general," Boyle says. "We've lost our leading-nation status. We're a debtor nation. We can't just keep on printing money. Who's going to pay for it?"

As such, consumers are retrenching—and so are investors. Where risk was once regarded as a virtue in the trading world, it's now considered a vice. The  investing public is scurrying for safety.

"People are doing the turtle," Boyle adds. "They're pulling into their shells. They're very anxious, they're very worried."

The crush of problems and the uncertainty of a new administration taking over has changed not only what investors are doing, but how they're doing it.

Where once market sages counseled a buy-and-hold strategy, they now advise being nimble: getting in and out of positions as circumstances dictate and keeping aware of notable dips and spikes in prices that come with a highly charged investing and political environment.

But at the same time, investors need to be willing to hold money on the sidelines and not buy just for the sake of buying.

"You don't need to be in a hurry, you don't have to dive in head-first," says Rick Pendergraft, market analyst at Investor's Daily Edge newsletter. "You've got to pick your stocks carefully. Be cautious about what you're buying."

Cash positions also are more important than ever, with advisers counseling a living-expense cushion of several months in a no-risk place.

"We're continuing to buy into the market while it's low," says Julie Murphy Casserly, president of JMC Wealth Management in Chicago and author of "The Emotion Behind Money: Building Wealth From the Inside Out." "But those clients who have never found value in having that three to six months in pure cash are now seriously shifting money over there to build up that reserve level. This money is not about rate of return, it's about safety."

The good news in the meantime is that there's likely a rally somewhere in the not-too-distant future for the market. The bad news, of course, is that the rally is unlikely to last and investors could get caught flat-footed once it comes and goes.

"At some point this will come to an end. We are expecting some kind of rally," says Boyle, who predicts that the surge come around Thanksgiving. "We think people will get sucked in on this rally."

In the meantime, she's looking for the sectors that responded best during the last market surge.

Financials and technology, which often lead the market out of slumps, were not on board, she points out, adding that materials could be a strong sector in the coming days.

Pendergraft also is looking to find areas that work, emphasizing that it continues to be a stock-picker's market where investors have to hunt for individual companies that will emerge above the fray.

He likes online brokers such as Charles Schwab (NASDAQ: SCHW) and TD Ameritrade (NASDAQ: AMTD) that will reap commissions as trading activity intensifies, as well as Chattem (NASDAQ: CHTT), which makes various health care products such as Gold Bond foot powder that will weather consumer weakness.

Casserly says the environment provides challenges for investment advisors, who have to change their way of thinking in such uncertain times and put clients' needs--both emotional and financial--ahead of making a quick profit off a trade.

"We can no longer be just salespeople to the public. We can really be the client's advocate," she says. "We can talk about emotional numbers as opposed to financial numbers and get those things in balance." For more stories from CNBC, go to cnbc.com.