In January 2019, Krystle Champagne-Norwood attended a basketball game at her alma mater, Howard University, when Sen. Kamala Harris, who at the time had just launched her 2020 presidential campaign, greeted the crowd.

"It was so exciting to see her there," Champagne-Norwood tells CNBC Make It. "I happened to be there with my husband and it was like my last outing [for a while] because later on that night I gave birth to my son. And, I always tell him, 'You met Kamala Harris before you were born.'"

Harris, who ended her presidential campaign in December 2019, is now making history as the first woman, Black American and South Asian American to be elected vice president of the United States after Democratic nominee Joe Biden became the projected winner of the 2020 presidential election. Not only did Biden and Harris' win lead to gender and racial barriers being broken, but Harris' ascension to the White House will also make her the first vice president to have graduated from a historically Black college or university (HBCU).

Harris, who graduated from Howard in 1986, has often said that her four years at the university played a critical role in who she is today. 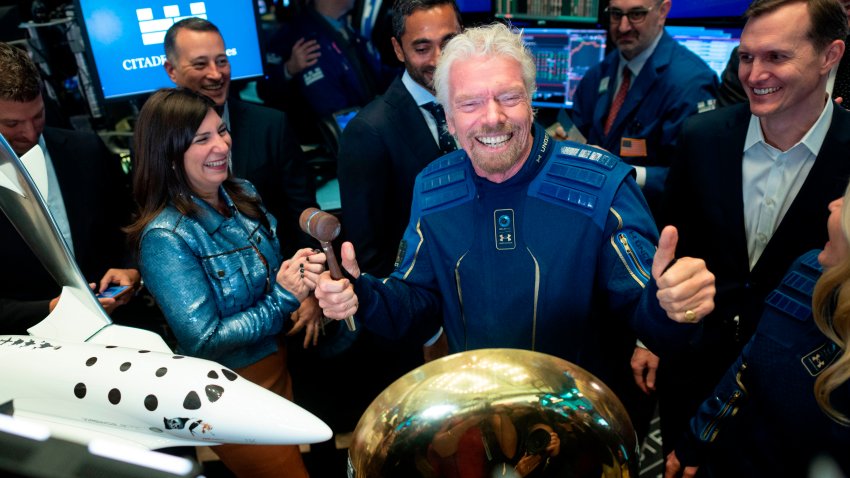 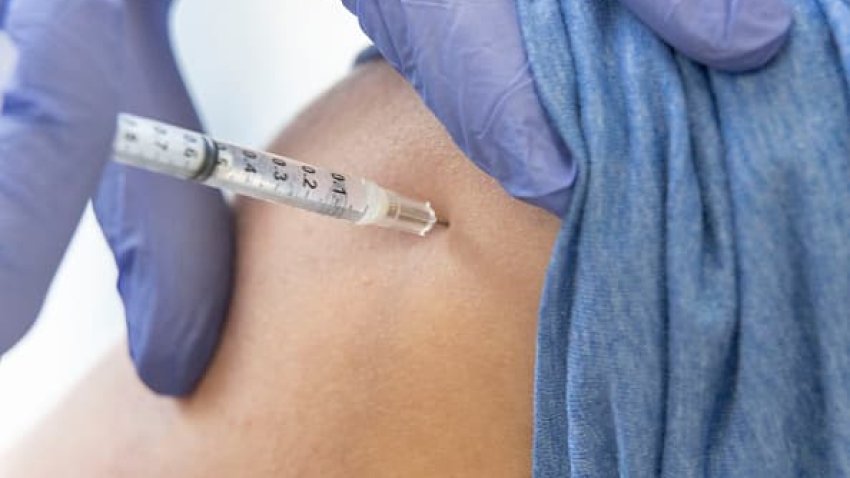 "I became an adult at Howard University," she said in a 2019 Washington Post interview. "Howard very directly influenced and reinforced — equally important — my sense of being and meaning and reasons for being."

Like many Black students, Harris, who is a member of the oldest historically Black sorority, Alpha Kappa Alpha Sorority, Inc., chose to attend an HBCU for the community and its legacy of shaping and educating future Black leaders. "When you're at an HBCU," she said, "and especially one with the size and with the history of Howard University — and also in the context of also being in D.C., which was known forever as being 'Chocolate City' — it just becomes about you understanding that there is a whole world of people who are like you. It's not just about there are a few of us who may find each other."

Following her time at Howard, Harris went on to graduate from the University of California, Hastings College of the Law, before starting a groundbreaking career in politics. In 2003, she became San Francisco's district attorney, making her the first Black district attorney in California. Seven years later, she won her race for state attorney general, making her the first Black and first South Asian American attorney general in California. Now, as the first South Asian American woman and second Black woman in U.S. Senate history, Harris is breaking another glass ceiling with her VP election.

CNBC Make It spoke to Champagne-Norwood, along with four other Howard University women about what it means to see a Howard University graduate headed to the White House and the impact they hope Harris' election will have on the narrative around HBCUs.

"I think seeing Kamala Harris go to this level is something that we always knew was possible for Howard people and for HBCU students," says Champagne-Norwood, who graduated with a bachelor of arts in radio, television and film in 2008. "But, it feels like a big release finally happened and she's breaking open the door for so many more of us."

Champagne-Norwood adds that "now the traditional way of looking at people in leadership as having only gone to an Ivy League or a predominantly White institution that is well-known is not the case anymore."

"I'm hoping that this changes how people look at HBCUs across all industries," Champagne-Norwood says. For example, she says she hopes more young basketball and football stars start going to HBCUs and she hopes "people start pouring in more resources into our schools so that we can really help set up people."

Additionally, she says, "I hope that the great talents who are in high school now and thinking about where they want to go to school are looking more seriously at HBCUs and saying, 'I don't have to only go to XYZ schools. I can go to an HBCU and still rise to the level of Kamala Harris.'"

"For me, Kamala Harris' nomination and election really just makes me feel like anything is possible, which is so weird because it feels like many things are supposed to inspire you in that way," Bourne, who is a legal communications major and political science minor, says. "But I really think that before I attended Howard, I heard so much about how 'HBCUs don't prepare you for the real world' or how 'HBCUs are self-segregation and they are too isolationist.' And I think that her nomination really just proves that HBCUs are the perfect place to cultivate a cultural experience, a well-rounded experience."

Bourne, who is a member of Howard's debate team and plans to pursue a career as a civil rights attorney, adds that because of Harris' experience at Howard she believes "she was able to pave a path in a career that's been so blocking to women of color. And I think to me, that's just so inspiring."

"I definitely hope that people start recognizing HBCUs as educational institutions for excellence," Bourne says. "I think right now people just look at HBCUs as 'Oh, you're going for an experience. You're going just to be around people like you.' But, people do go for the education. And, they go for the professional experiences because they know that HBCUs really do provide you with a unique cultural experience that is unlike any other institution."

"Kamala's ascension to the role of one of the highest offices in our nation is everything to me, it's such a validating experience," Wineglass, who graduated with a bachelor's degree in sports medicine and a minor in chemistry, says. "I am at my highest level of vibration of joy and I'm just taking a moment to be happy because it's easy to get caught up in the complexities of her [presidential] campaign and why it wasn't successful, but for me, this is history. And for that, I have to give pause and just live in my elation and live in this win for our ancestors."

"When I was graduating, I had the privilege of being at the inauguration and using my first opportunity at voting to vote for the first Black president," Wineglass adds. "And now, I had the opportunity to vote not just for the first woman [VP] and the first [daughter of] immigrants, but my Bison sister. Howard is really an incubator of 'firsts,' and I think that's probably why I chose Howard as my university."

"I hope this completely debunks and demystifies any thoughts and preconceived notions that people have about a space that they've never entered," she says. "At Howard, we are leaders of the global community. We teach ourselves and then we go off to teach others and I hope this is a moment where people recognize that."

"When it comes to just being a Black woman, when they say representation matters, it's everything to see someone that looks like you be able to achieve certain levels of success," says Oliver, who graduated from Howard with a bachelor's degree in public relations. "Women of color, Black women in particular, have faced so many barriers of entry and I call it the 'concrete cylinder.' It's like, we're always doing so much more to get ahead, and then when you do it, it's never enough, right? So that intersectionality of race and gender has really impacted a lot of us in terms of equity in our pay, in terms of career advancement and in a lot of things. So to see our Madam Vice President-elect be the 'first' at so many things, because this isn't the first time she's broken a barrier, it's like 'Wow.'"

"When I decided I wanted to go to Howard, there was just this negative thing about wanting to go to an all-Black school,'" Oliver says. "You know, people were saying, 'Oh, there's no diversity,' or 'Oh, that's a party school. You're just going there to party.' And that's the narrative for a lot of HBCUs, not just Howard because Tennessee State was local for me and people would say, 'Why would you want to go there and you can go to like a Harvard or wherever?' People forget the legacy of excellence that these schools have and the caliber of professionals that they put out into this world because we're so much more than just a homecoming."

Harris' election, Oliver says, "is putting HBCUs on the map in a big way, when we've been fighting for funding and people have been trying to discredit us." With Harris' win, she says she hopes that enrollment and funding for HBCUs will increase with "Black women, and young Black boys, seeing this [election] and saying, 'I want to be a part of that legacy.'"

"I'm a third-generation graduate of Howard University, and I think for Howard people in general it's part of our identity, but for me, it's who I am," says Moore, who graduated from Howard with a degree in journalism. "I think anybody who has made the choice to go to a historically Black college, you enter into the world as a business owner, as an executive, and you face this daily responsibility of educating people about the community, about the legacy, about the responsibility that you're taught to serve the global community and you know it's amazing because what [Harris] is doing is that work for us."

Harris' election, Moore says, brings an extra level of awareness about not just the history and legacy of HBCUs, but also the history and legacy of historically Black sororities and fraternities. Seeing both of these communities talked about and amplified by a VP-elect, says Moore, who is also a member of Alpha Kappa Alpha Sorority, Inc., is "life changing, especially in 2020 in light of everything else that is going on."

"I had school counselors telling me, 'We want you to apply to better schools,'" Moore says about her experience of applying to HBCUs as a senior in high school. "In my household, there was no better school and I don't know that people who haven't experienced it can understand what it means for somebody to just discount the value of learning about your history and culture from people who look like you."

While there are several Howard University graduates who became the "first" in their career, including Thurgood Marshall who was the first African American Supreme Court Justice, Moore says that Harris' recent election takes things to "another level" because "nobody can contest with the level of vice president of the United States."

"For every kid that's applying to school and gets that, 'Why are you choosing an HBCU?,' they can now say "because it was good enough for Kamala Harris."

Don't miss: Kamala Harris, Cori Bush and others who made history in the 2020 election