After Disney's Record-Breaking Rally, Traders Lay Out What to Watch

Disney could not have written a better comeback story.

The stock hit an all-time high on Friday for a third session in a row after rallying more than 90% since the March lows. The shares had been hit hard earlier this year as its parks, a unit that makes up more than one-fifth of sales, reckoned with coronavirus-related shutdowns.

But, its challenges are not over yet – the pandemic still weighs on its parks and cruises unit and Warner Bros.' decision to release all 2021 films to its streaming service has thrown a curveball for Disney's blockbuster business. 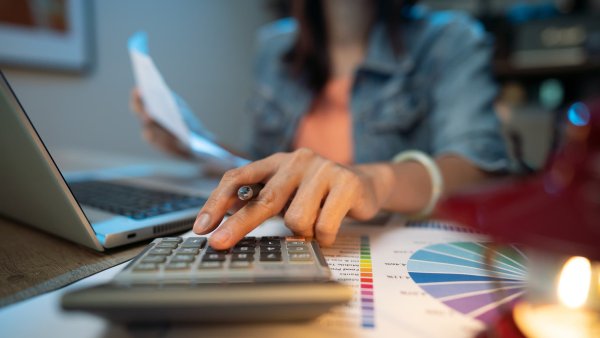 ‘We Are in a Very Precarious Position.' How Bond Ladders Can Help Fight Rising Interest Rates

Tax Filing Season Kicks Off Today. Here's How to Get a Faster Refund

The company will need to be transparent about the struggles ahead, and offer a clear strategy, at Disney's investor day scheduled for Thursday, according to Gina Sanchez, CEO of Chantico Global and chief market strategist at Lido Advisors.

"Management has to address the fact that despite fantastic Disney+ subscribership – 73 million, very impressive – we still need to see a plan for how they're going to get themselves out of this big hole that they have. They've lost 62% in parks revenue, 51% in studio revenue and we need to see sort of the plan to get up and out of that," Sanchez told CNBC's "Trading Nation" on Friday.

Even with a vaccine, Disney could face a slow trudge to normal attendance at its parks, she said.

"Vaccine distribution isn't expected until about midyear. Does that mean that their parks can get back up to full capacity during the summer months? Those are the questions that need to be answered," said Sanchez.

Bill Baruch, president of Blue Line Capital, said strength in its streaming business has managed to offset weakness elsewhere. However, he notes its recent breakout is likely fueled by hopes of a return to normal.

"The streaming has done the heavy lifting, even before the pandemic and during it. But make no mistake here, this obviously is a reopening narrative. I mean, look what the stock did on [November] 9. It surged out above that pandemic September high," Baruch said during the same "Trading Nation" segment, a rally that coincided with a stream of news on the vaccine front.

Baruch is buying on any pullbacks and highlights $135 as a potential level of support.

"This move here, I think the streaming can pave the way for continued momentum if the reopening narrative continues to trickle out as we've seen," said Baruch.

While the stock has rallied more than 90% since March, it is still up just 7% for the year. The shares have risen 23% over the past month.