Alphabet CEO Sundar Pichai on Inflation, Investing in Growth and Free Speech on the Internet

Google CEO Sundar Pichai said that while consumers are putting the Covid pandemic in the rearview mirror, the economy is clearly a growing concern for the company and the broader market.

"We definitely see uncertainty ahead, like everyone else," Pichai told CNBC's Deirdre Bosa in an interview on Wednesday at Google's annual I/O conference in Mountain View, California. "The good thing is we've been around as a company for a while. [We] have worked through past moments like this, be it 2008 or the early days of the pandemic, and we take a long-term view."

He also said he thought the economy would "take time to work through" the current high rate of inflation.

"What gives uncertainty is there are so many different factors, be it supply chain issues or be it rising energy prices," Pichai said.

"I do think people are seeing relief in certain sectors," he suggested, pointing to travel as an example. "But then you have other new areas which are showing problems, maybe due to supply chain constraints. ... Energy has been an issue, as an example. In some cases rentals have gone up, and food prices." 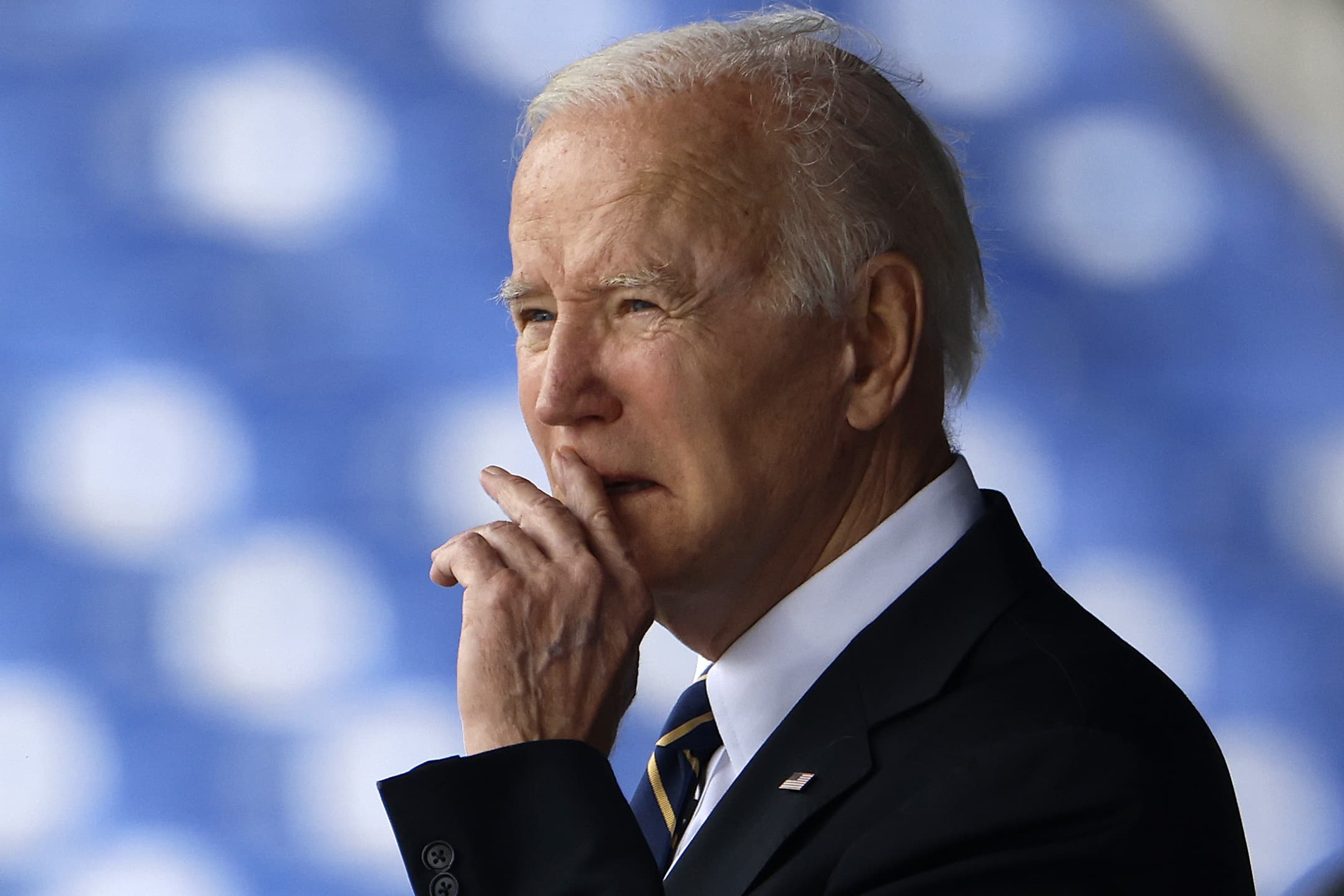 The Nasdaq is headed for its steepest quarterly drop since the end of 2008, when the economy was in the throes of the housing crisis. Consumer prices jumped 8.3% in April, the Bureau of Labor Statistics said Wednesday, higher than expected and close to their 40-year high of 8.5%.

Shares of Google parent Alphabet have fallen about 22% this year, plummeting alongside the rest of the tech sector as fears of inflation and higher interest rates push investors into assets that are viewed as safer during a potential downturn.

Alphabet's earnings in late April fell short of analysts' estimates, largely due to a big miss at YouTube, which was hammered along with other digital ad companies in the first quarter. Executives pointed to weaker YouTube ad spending in Europe after Russia invaded Ukraine in February.

"Obviously, when you're serving [ads] across the economy ... a lot of the macroeconomic factors like GDP growth end up affecting advertiser spend as well," Pichai said.

He said the economic story isn't all doom and gloom. Building on comments last month from Alphabet Chief Business Officer Philipp Schindler, Pichai noted that people are again on the move, an important indication for Google's core advertising unit.

"We definitely see travel recovering," Pichai said. "There are signs that people are clearly moving post the pandemic, and so there is some return to normalcy. But what gives the uncertainty is there are so many different factors, be it supply chain issues or be it rising energy prices. And so trying to add all of that up together is where uncertainty is."

Pichai pointed to the company's technology investments as a vital way to keep its business strong through times of weakness, and did not indicate the company is planning to slow hiring or draw back in particular areas.

Alphabet boosted research and development spending by 22% in the first quarter from a year earlier to $9.1 billion, despite economic uncertainty and market volatility.

He also mentioned the company's diversification across many business lines as a source of strength.

"We invest in foundational technologies and we are in many areas. So in some ways, we are diversified. Obviously, we have important products like search and YouTube. We have computing products involving Android, Play and our hardware devices. And cloud is a big area of opportunity for us as well. So I think we are exposed to many, many sectors. And we do this globally as a company. And I think that allows us to take a long-term view and think through these phases."

Google kicked off its conference on Wednesday by announcing new smartphones and teasing augmented reality glasses that use artificial intelligence to translate spoken words into text on screen. Facebook parent Meta and Microsoft are also working on AR devices.

Google has to spend to keep up with competitors in a market that's rapidly evolving, particularly with the emergence of short video service TikTok, which is immensely popular among younger consumers. Google's response to TikTok, YouTube Shorts, is growing quickly, attracting more than 30 billion daily views as of late April, up from 15 billion in January.

"We have to respond to what users are asking for," Pichai said. "We are trying to give them the best experience, and so we feel challenged to do better."

He also highlighted "things like Snapchat, Pinterest — all of this didn't exist a few years ago," and said that smartphones and the mobile ecosystem are creating all sorts of new opportunities.

"We always have to be nimble, and we have to adapt, and that's how it feels every Monday when I come to work," he said.

The question of free speech

He also addressed the balance of free speech versus content moderation on the internet, which has come under new attention lately with Elon Musk's planned acquisition of Twitter.

"I grew up in a large democracy, and the importance of free speech and giving people a voice I think is really foundational," said Pichai, who was born in India. "Search represents what's on the web today. We only take down stuff that is against the law."

He added: "In a product like YouTube, where we recommend and where we can amplify content, we do have community guidelines. So we have clearly stated policies. And we take action. And that's what actually allows us to maximize free speech, [to] help keep the platform safe for everyone involved."

He also spoke a bit about the company's approach to content moderation. "I think it's important to give people a sense of transparency. And there are many ways to accomplish that. For example, we publish our community guidelines, or in the case of search, how our raters evaluate for search quality, we publish that publicly." He added, "I think it's important to do it in a way in which spammers and others who are trying to work around your products are not able to do as well."

As far as Musk's plans for Twitter, he said: "I'm an avid user of Twitter. I think it's an extraordinarily important product for the world. I've gotten a lot out of it. And I think there is value in investing in it for the long term ... I think that is important because it plays an important role in democratic society ... I would like to see the product continue to get better."