Electric vehicle start-up Rivian Automotive is targeting a market valuation of as much as $54.6 billion in its upcoming initial public offering, according to its amended prospectus filed Monday.

The company said it plans to offer 135 million shares priced between $57 and $62, with an option for underwriters to purchase up to 20.25 million additional shares. At the high end of that range, Rivian would bring in roughly $9.6 billion in its market debut, assuming underwriters exercise that option. 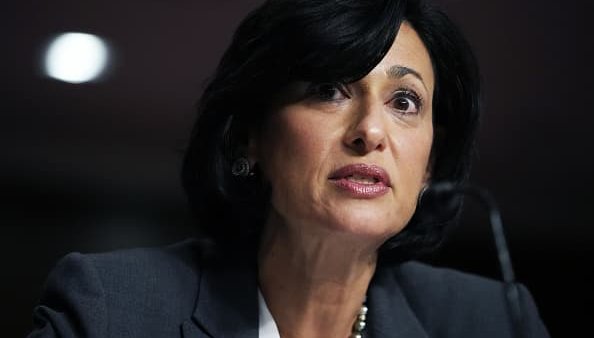 Omicron Covid Variant in at Least 15 States and Cases Are Likely to Rise, CDC Chief Says

However, those numbers could change based on actual demand from investors before the company goes public. Earlier on Monday, sources told CNBC that it would seek a valuation of more than $60 billion.

Rivian plans to go public as soon as next week, sources familiar with the matter confirmed to CNBC. It plans to list on the Nasdaq under the ticker symbol "RIVN," according to Rivian's IPO prospectus filed last month.

In Monday's filing, Rivian said investors, including Amazon and T. Rowe Price, have indicated an interest in buying up to $5 billion in shares in aggregate at the time of the IPO. The company said it will also give retail investors access to purchase a portion of its IPO shares through SoFi's online brokerage platform.

The valuation would make Rivian the titan among a crop of electric vehicle start-ups and recently public companies from the U.S., including Fisker, Lordstown Motors and Lucid, and would put it on par with Chinese electric vehicle maker Nio. It would also mean Rivian is only slightly less valuable than traditional automotive giants such as Ford, which is an investor in Rivian; Stellantis, which was created from the merger of Fiat-Chrysler and PSA; and GM.

What to look for as Chinese EV makers like BYD, Nio, Xpeng roll out earnings

Rivian is developing commercial last-mile delivery vans for Amazon, which has said it plans to have 10,000 vans on the road by 2022 and 100,000 by 2030. Rivian also beat Tesla, GM and Ford to the market with an electric pickup, the R1T, which has received early acclaim. The company noted in its amended prospectus that it's delivered 156 R1Ts as of the end of October, and plans to deliver 1,000 by the end of the year.

Amazon last week disclosed it has a 20% stake in Rivian, which, combined with other equity investments, had a carrying value of up to $3.8 billion. Amazon has invested more than $1.3 billion in Rivian to date, the automaker said in a separate securities filing earlier this month.

WATCH: Amazon reveals it has 20% stake in Rivian