Chainalysis, a start-up that sells blockchain data analytics tools, announced Friday that it's raised $100 million in an investment round valuing the company at $2 billion.

That's double what Chainalysis was worth just four months ago. The round was led by crypto-focused venture capital firm Paradigm, with additional backing from Salesforce CEO Marc Benioff, who invested through his investment fund Time Ventures. Existing shareholders Addition and Ribbit increased their holdings, Chainalysis said.

Unlike some in Silicon Valley, Benioff hasn't been that vocal about bitcoin. However, Time Magazine — which the billionaire bought last year — recently posted a job listing for a chief financial officer who is "comfortable with bitcoin and other cryptocurrencies." Benioff declined to comment on his views about bitcoin when asked by CNBC. 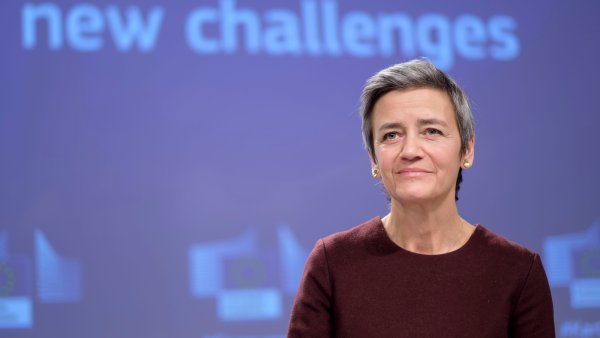 Founded in 2014, Chainalysis helps governments and private sector companies detect and prevent the use of bitcoin and other cryptocurrencies in illicit activities like money laundering with its investigations and compliance software. The New York-based company competes with Ciphertrace, which is based in California, as well as London-headquartered firm Elliptic.

Chainalysis, Elliptic and CipherTrace aim to legitimize the cryptocurrency market, which has been fraught with high-profile hacks and other illicit activities. Last year, Chainalysis helped track down $1 billion worth of bitcoin linked to the darknet marketplace Silk Road, which was then seized by the U.S government.

Michael Gronager, Chainalysis' CEO and co-founder, told CNBC that the company's latest financing round came at a time of heightened momentum for cryptocurrencies, with institutional investors and companies like Tesla piling into bitcoin.

"When we raised our last round, we were basically seeing a lot of that in its infancy," Gronager said in an interview. "What we see right now is that the market is growing and that some often traditional players are embracing crypto in a way that we haven't seen before."

"What has changed over the last four months is the opportunity and the speed by which we will grow into more customers and more revenue has simply gone up," Gronager added. "That means we need to do a lot more building now."

Chainalysis said its annual recurring revenue more than doubled over the past year — without disclosing an exact sum — while its client base has also doubled. The company now has 233 employees, according to LinkedIn, and plans to use the fresh cash to hire hundreds more.

Bitcoin notched a fresh record price of more than $61,000 earlier this month. It's currently trading around $53,000, yet is still up around 80% so far in 2021. Some investors say it's appealing as an asset thanks to its scarcity, with total supply capped at 21 million units, and it's also seen as a potential hedge against inflation.

Still, skeptics question the sustainability of bitcoin's rally. The digital coin has been known to be wildly volatile in the past, having once climbed to almost $20,000 in 2017 before plunging 80% the following year. Meanwhile, officials like U.S. Treasury Secretary Janet Yellen and European Central Bank President Christine Lagarde have sounded the alarm about bitcoin's use in illegal transactions.

"We are involved in conversations with regulators in the U.S. and the rest of the world," Gronager said. "What is important to note is that this space has changed a lot and the amount of criminal activity is dropping a lot. It's getting more and more legitimate use cases."

Illicit activity made up just 0.34% of all cryptocurrency transaction volume last year, according to a report from Chainalysis, down from roughly 2% a year earlier. However, ransomware incidents — where hackers encrypt files and then demand a ransom to restore access — increased by 311% year over year as criminals exploited people working from home during the pandemic.