The coverage on this blog has ended.

At least 1 million people have been screened by the Transportation Security Administration every day since Thursday as air travel gets a boost from rising Covid-19 vaccinations and the relaxation of business capacity limits. Health officials have warned the U.S. still has a dangerously high baseline of daily coronavirus cases and the number of infections could rise again if Americans traveling for spring break ignore social distancing recommendations.

The U.S. is recording at least 55,300 new Covid-19 cases and at least 1,300 virus-related deaths each day, based on a seven-day average calculated by CNBC using Johns Hopkins University data. 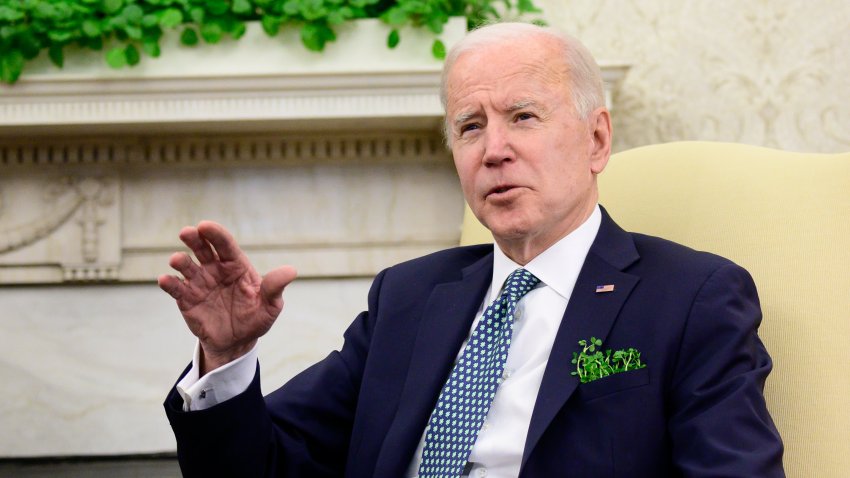 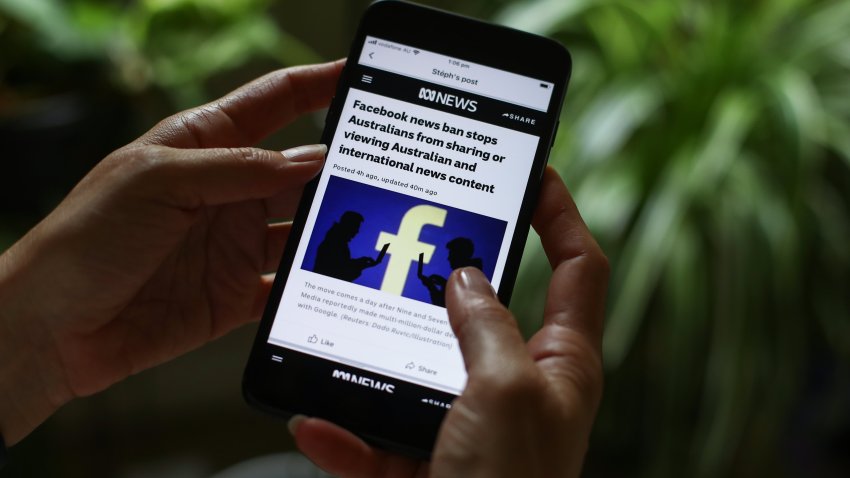 After Australia, the Wrangle Between Publishers and Big Tech Has Reached New Levels

Earlier, Gianforte said the state had administered 367,000 shots, with more than 142,000 residents fully immunized. Montana is home to just over 1 million people, according to the U.S. Census Bureau.

JetBlue calls flight attendants on leave back to work

JetBlue Airways told flight attendants on a two-month unpaid leave for April and May that they will be called back a month early, a response to stronger travel demand than expected.

CEO Robin Hayes and other airline chiefs this week reported that bookings are picking up for near-term travel stretching through part of the summer, welcome news for the industry that lost $35 billion last year.

JetBlue and other carriers shed tens of thousands of jobs last year through buyouts and early retirement programs as they scrambled to lower their costs because of the pandemic.

Extra jobless benefits may not come until April

A fresh round of aid for the jobless may not arrive until the middle of April or later, a Labor Department official said in a memo issued Monday to state unemployment agencies.

But states need time to tweak their computer systems to account for the changes, according to Suzan LeVine, principal deputy assistant secretary at the Labor Department's Employment and Training Administration.

Apple announced on Tuesday it has updated its Apple Maps service to include locations where users can get a Covid-19 vaccine.

While vaccine supply is still limited and shots are only available to certain people, depending on which state they live in, the feature could be useful as more states receive additional doses and open up shots to everyone.

iPhone users can find vaccine locations by tapping the search bar in the Apple Maps app, then selecting "Covid-19 vaccines." Apple says that users can also ask Siri, "Where can I get a COVID vaccination?"

On Tuesday, a search in the Bay Area found 42 sites, mostly drugstores. The data comes from VaccineFinder, an online service developed by Boston Children's Hospital, according to Apple.

Millions of Americans will receive stimulus checks on March 17

Millions of Americans are scheduled to receive stimulus checks on March 17, according to reporting from CNBC's Lorie Konish. The funds should be available for withdrawal around 9 a.m. local time.

Some Americans have already received their stimulus checks via direct deposit from certain banks and credit unions that made the money available earlier.

The Senate plans to confirm Isabel Guzman to lead the Small Business Administration as the Biden administration rolls out another round of coronavirus relief.

Guzman, who is the director of California's Office of the Small Business Advocate, will oversee initiatives like the Paycheck Protection Program that have provided aid to companies throughout the pandemic. As SBA administrator, she will face a challenge in propping up small businesses struggling to survive under restrictions designed to slow the spread of Covid-19.

Businesses can apply for forgivable loans through the PPP through March 31. Lawmakers aim to extend the initiative for at least another two months.

Before taking the reins at the small business office in the country's largest state by population, Guzman was deputy chief of staff at the SBA during the Obama administration.

Ohio will allow all residents age 16 and older to receive a Covid-19 vaccine beginning March 29, according to a tweet from Gov. Mike DeWine.

The U.S. solar industry posted record growth in 2020 despite the ongoing impacts from Covid-19, a report from the Solar Energy Industries Association and Wood Mackenzie found.

Installations jumped 43% year-over-year to a record 19.2 gigawatts of new capacity during 2020.

Following a slowdown during the second quarter as the pandemic ground operations to a halt, residential solar boomed in the second half of the year — driven in part by increased demand for home improvements. The extension of the Investment Tax Credit in December also played a key role.

Covid-19 is no longer the stock market's biggest fear, according to the Bank of America Fund Manager Survey for March.

Instead, inflation has replaced the pandemic as the top "tail risk" for investors, followed by a taper tantrum should the Federal Reserve pull back on its asset purchasing program ahead of schedule. The pandemic is now just the third-biggest risk.

Other highlights from the widely watched survey show that professional investors have gone to the largest underweight of tech stocks since January 2009, while allocations to commodities hit a record amid high hopes for the economic expansion and expectations for inflation.

A net 91% of respondents see the economy getting stronger, the highest level of optimism in the survey's history.

Countries suspending use of AstraZeneca vaccine are not acting on data, says ex-Biden advisor

"It may be that ... the governments are trying to respond to people's worries about the vaccine and not necessarily the data," Emanuel said on CNBC's "Squawk Box."

As of Sunday, roughly 37 recipients of the AstraZeneca vaccine developed blood clots, out of more than 17 million people inoculated across the U.K. and European Union, according to the company.

"We're not seeing an increase in terms of the proportion over what we would expect given the patient population that is getting the vaccine," Emanuel said, explaining it's challenging to determine a causal relationship between receiving the shot and blood clots.

"Remember, if you're giving it to a lot of old people, there are going to be a lot of other health problems that those people have and sorting out what's the vaccine from what is the background condition is a challenge," he said.

The Federal Aviation Administration said it will continue its "zero tolerance" policy on unruly travelers after airlines reported more than 500 cases to the agency since late December.

Most of those cases stemmed from passengers who reportedly refused to wear masks on board, which is a federal requirement during air travel as well as an airline policy.

"The policy directs our safety inspectors and attorneys to take strong enforcement action against any passenger who disrupts or threatens the safety of a flight, with penalties ranging from fines to jail time," said FAA Administrator Steve Dickson. "The number of cases we're seeing is still far too high, and it tells us urgent action continues to be required."

The suspended use of the Oxford-AstraZeneca coronavirus shot by many European countries could have far-reaching consequences, according to analysts.

Sweden and Latvia are the latest countries to suspend the use of the vaccine over blood clot concerns. They follow Germany, France, Spain, Italy and Ireland, among other European nations, to temporarily pause using the vaccine while a possible link between the shot and an increased risk of blood clots is reviewed.

The World Health Organization, drug regulators and the vaccine maker have sought to downplay ongoing safety concerns, saying there is currently no evidence to suggest a link between the shot and an increased risk of developing blood clots, which are a common occurrence among the general population.

Health experts and political analysts are also questioning whether much of Europe's decision to pause the use of the AstraZeneca vaccine is misplaced and likely to damage vaccine confidence further.

Some countries have suspended the use of the Oxford-AstraZeneca vaccine following reports of blood clots.

William Schaffner of the Vanderbilt University School of Medicine says the discussion could give further pause to people who are skeptical of vaccines.

The U.S. has agreed to buy up to 500,000 extra doses of AstraZeneca's experimental antibody-based Covid-19 combination therapy, Reuters reported.

The news comes at a time when more governments have suspended use of the Anglo-Swedish drugmaker's vaccine over safety fears after numerous reports of blood clots, according to Reuters.

The antibody cocktail — which still hasn't been approved by regulators in the U.S. — is meant to treat the disease rather than prevent it like the vaccine.

One year later: A look back at Trump's '15 days to slow the spread' campaign

It's been one year since President Donald Trump announced his administration's "15 days to slow the spread" campaign, asking Americans to stay home for about two weeks in an effort to contain the coronavirus.

The announcement came as a sign of relief that the federal government was taking action to contain the outbreak and that with a few weeks of targeted action, the threat might be handled. But a look back at that guidance shows just how little was known at the time about the virus that's now sickened almost 30 million Americans and killed at least 535,000 in the U.S.

"Truly, for many of us in public health, this was a red flag — an indication that the administration had an unrealistic view of pandemic control measures and was not aware of the reality — a pandemic cannot be solved in 15 days and any strategy needs to include a serious amount of work resource, and personnel," Saskia Popescu, an epidemiologist and biodefense professor at George Mason University, said.

That would be bad news for Asia where many economies are dependent on trade, Cochrane said.

"It adds some modest risk to the role that Asia plays in terms of the global economic turnaround," he told CNBC's "Squawk Box Asia."

"The vaccine is a risk, of course. It's one of the critical risks, we still have to see vaccines roll out over the course of this year for the global economy to get back on its feet."

Drugmaker Moderna is studying the effects of its Covid-19 vaccine, mRNA-1273, in children aged six months to 11 years old in a mid-to-late stage trial, Reuters reported.

The two-dose study will assess the safety and effectiveness of the vaccine on children. Moderna plans to enroll roughly 6,750 kids in the U.S. and Canada, according to Reuters.

A separate study, begun in December, is testing Moderna's vaccine in adolescents between the ages of 12 and 18 years old, the wire service said.

Two additional countries opted to suspend the use of the AstraZeneca vaccine in Europe, as regulators proceed with a new review into its side effects.

Sweden and Latvia announced they were pausing their rollout of the AstraZeneca vaccine, developed with the University of Oxford.

So far, 13 countries in the European Union, including Germany and France, have made this decision, while a few others have stopped using individual batches of the AstraZeneca vaccine.

In a statement Monday, the European Medicines Agency said it "will further review the information" and called an extraordinary meeting on the issue for Thursday.

Covid updates: Connecticut and Mississippi plan to make all adults eligible for a vaccine