A woman who has accused New York Gov. Andrew Cuomo of sexual harassment told investigators Monday that he was preoccupied with talking to subordinates about his "hand size" and "what the large size of his hands indicated," her lawyer revealed.

The accuser, former Cuomo aide Charlotte Bennett, spent four hours talking via Zoom teleconference software to investigators conducting a probe of claims by her and several other women that the Democrat sexually harassed them, or otherwise made inappropriate comments and physical contact. 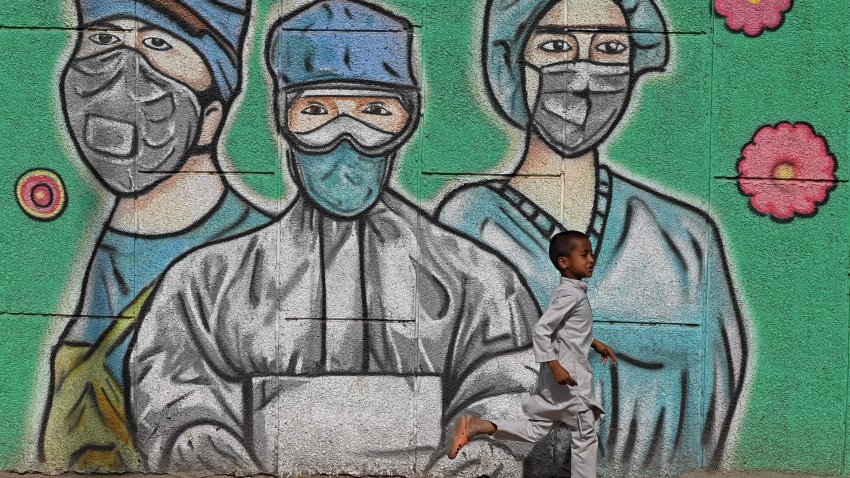 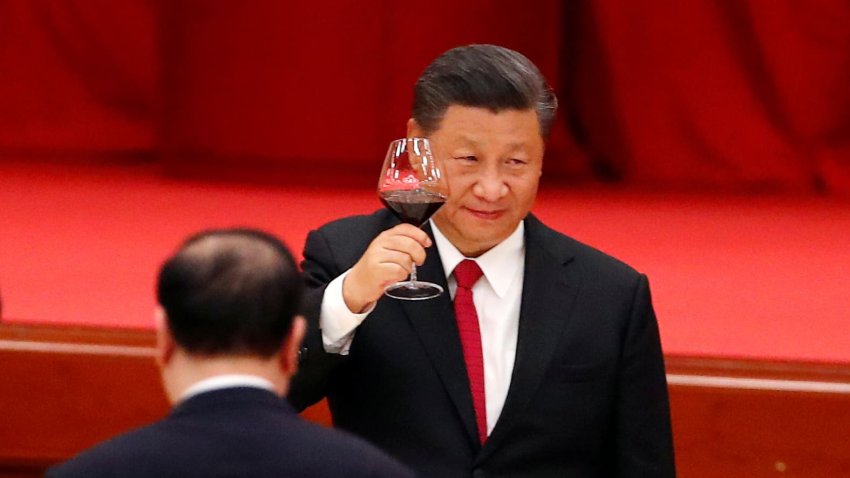 China's Xi Jinping to Speak at a U.S.-Led Climate Summit on Thursday

The investigation is being overseen by state Attorney General Letitia James.

Bennett, 25, "detailed her allegations of sexual harassment and provided the investigators with more than 120 pages of contemporaneous records, as well as other examples of documentary evidence, to corroborate her accusations against Gov. Cuomo and his senior staff," her lawyer Debra Katz said in a statement.

Katz said that Bennett gave the investigators "detailed information about the sexually hostile work environment the Governor fostered in both his Manhattan and Albany offices and his deliberate effort to create rivalries and tension among female staffers on whom he bestowed attention."

"One piece of new information that came to light today was the Governor's preoccupation with his hand size and what the large size of his hands indicated to Charlotte and other members of his staff," Katz said.

The lawyer said the investigators "have been moving quickly, and with sensitivity, to get to the heart of these allegations."

"We remain confident that their investigation will substantiate Charlotte's claims of sexual harassment against Gov. Cuomo, as well as the failure of his senior staff to meet their mandatory reporting requirements under the very laws he signed," Katz said.

She also said that "it is imperative" that the probe focus not only on Cuomo's conduct toward women, "but also on the culture of fear, abuse and secrecy that he and his most senior staff cultivated. "

"To that end, we have full confidence in the investigation and the investigators.  We urge others who have been subjected to inappropriate conduct by the Governor – and we know you are out there – to come forward with what you experienced," Katz said. "And to those who observed the behavior, we urge you to do the same."

Scores of Democrats in the New York legislature and in the state's congressional delegation, including both U.S. senators, last week demanded that Cuomo resign in the middle of his third term in light of the claims by Bennett and other women.

Cuomo, who also faces a pending impeachment inquiry in the state Assembly, has repeatedly refused to do so. Cuomo's office did not immediately respond to CNBC's request for comment.

Bennett told The New York Times last month that the 63-year-old Cuomo last year asked her questions about her sex life, and whether she ever had sex with older men.

At the time, Bennett, who had played soccer in middle school against one of Cuomo's daughters, was working for him as an executive assistant and health policy adviser.

"I understood that the governor wanted to sleep with me, and felt horribly uncomfortable and scared," Bennett told the newspaper when describing an incident last June in which Cuomo complained of being lonely and asked her, "Who did I last hug?"

Cuomo has said he never made advances toward Bennett, or behaved inappropriately with other women.

On Monday, a new Siena College poll found that 50% New York voters said that Cuomo should not immediately resign, while 35% said he should do so. And 57% of voters said they are satisfied with how he has addressed the allegations.

The governor appeared at a Covid vaccination site on Long Island earlier Monday, where he was lauded by officials. There was no mention of the widening sexual harassment scandal, and no questions allowed from reporters.

On Sunday, The Washington Post and The New York Times reported that Larry Schwartz, a former top Cuomo aide who now serves as the state's Covid-19 vaccination czar, has been asking state Democratic leaders to support Cuomo even as he discusses immunizations with them.

Several officials who spoke to The Post said they fear retaliation by Cuomo if they speak against him.

An official from one county told The Post, "I didn't feel that there was correlation between the answer I was going to give and my vaccine supply."

"But I could see how maybe someone else maybe got that impression," that official added.

Schwartz, who at one point last year lived in the governor's mansion, said he did nothing wrong in the calls.

Beth Garvey, acting counsel to the governor, said Monday that "vaccine distribution in New York is based on objective criteria to ensure it matches eligible populations, ensure equity, and ability to rapidly administer shots in arms."

"To be clear, Larry's conversations did not bring up vaccine distribution -- he would never link political support to public health decisions," Garvey said.

"Distorting Larry's role or intentions for headlines maligns a decades long public servant who has done nothing but volunteer around the clock since March to help New York get through the COVID pandemic. Any suggestion that Larry acted in any way unethically or in any way other than in the best interest of the New Yorkers that he selflessly served is patently false."