LONDON — European stocks closed lower on Tuesday, with investors' attention focused on the latest developments in the war between Russia and Ukraine.

The pan-European Stoxx 600 slid 0.7% by the end of trade, with the insurance sector leading the losses and energy stocks eking out some slim gains.

In terms of individual share price movement, Swiss technology company Temenos gained 7% while at the bottom of the European blue chip index, Swiss Re fell 7.6%.

Global investors were watching Ukraine closely after the country's military said on Monday that a long-expected offensive push into the Donbas region in eastern Ukraine has started, with intensified assaults in the Slobozhansky and Donetsk operational districts in the north and east of the country.

With the conflict showing no signs of ending soon, the World Bank has lowered its global growth forecast for 2022 by nearly a full percentage point, from 4.1% to 3.2%, citing the pressure that Russia's invasion of Ukraine has placed on the global economy.

On Tuesday, the International Monetary Fund also cut its global growth projections for 2022 and 2023, saying the economic impact from Russia's invasion of Ukraine will "propagate far and wide." 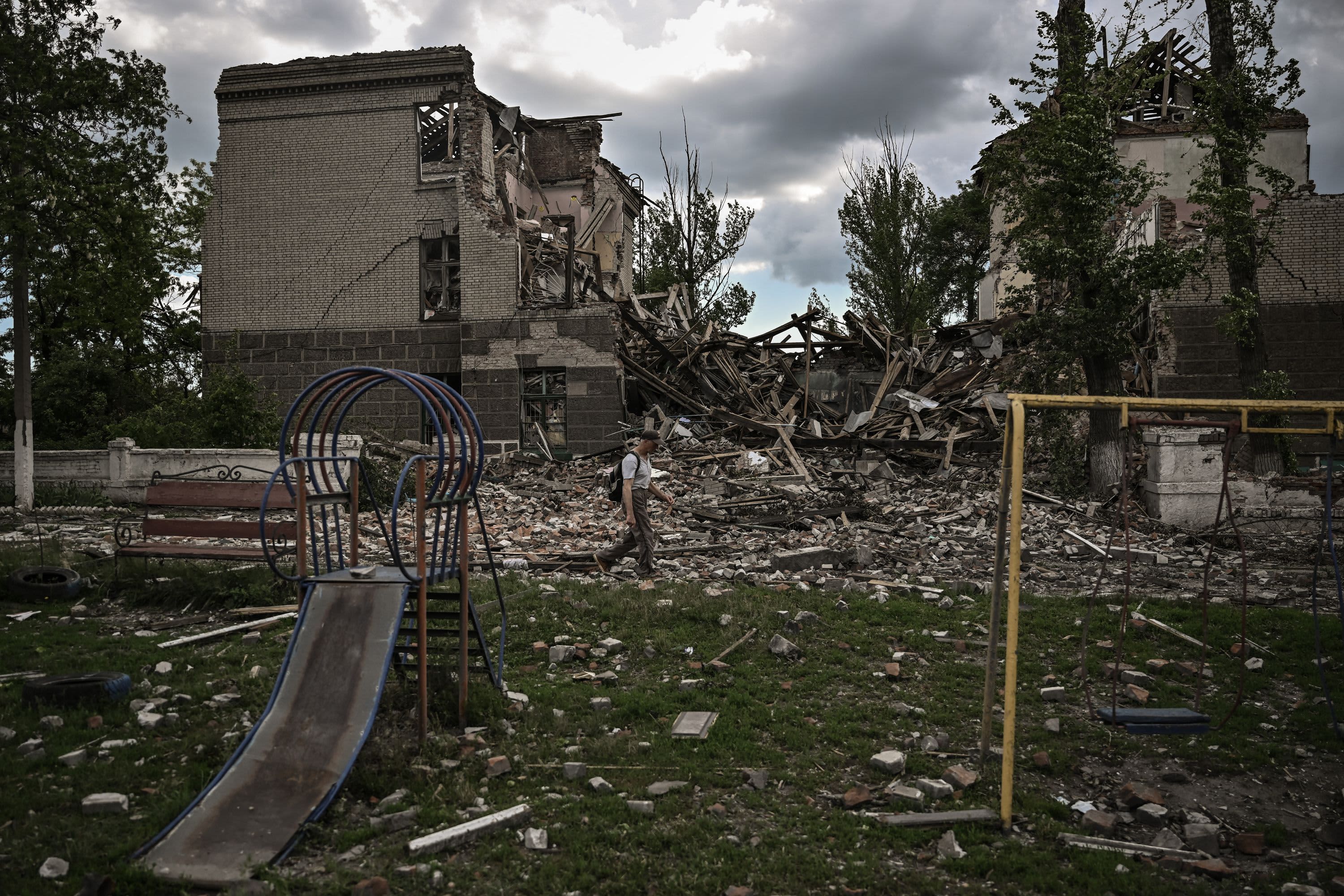 Markets were also digesting comments from Federal Reserve Bank of St. Louis President and voting member of the Federal Open Market Committee, James Bullard, who said he would not rule out a 75-basis-point hike to interest rates this year.

However, Bullard told CNBC that his base case is still consecutive 50-basis-point rises.

"The hawkish shift of the Fed since last November has caused volatility in markets and there has been repricing, and I am very sympathetic to financial markets," Bullard said.

"At this point, quite a bit has been priced in, we'd be following through, and there may be corners of the market that haven't adjusted yet, and they would still have to adjust."

On Wall Street, U.S. stocks rose as traders navigate one of the busiest weeks of corporate earnings season.

Before the bell on Tuesday, Johnson & Johnson reported mixed quarterly results. Attention will be focused on the latest Netflix earnings set to be reported after the bell.

Richard-Mark Dodds, chief investment officer at Pure Value Metrics, told CNBC on Tuesday that although he's optimistic that investors could continue to achieve returns in 2022, they would not come from the same sectors as they had in the past two or three years. Instead, Dodds suggested "defensive" sectors such as commodities, insurance and health care.

However, he suggested that in light of slowing growth forecasts, rising inflation and interest rates and the war in Ukraine, corporate earnings expectations may be too rosy at present.

"Corporates themselves as we go into Q1 earnings are facing rising costs, whether that is raw materials or wage costs. They are facing restricted supply of good and because QE (quantitative easing) is ending and because we have structural inflation, they are all facing rising interest rates," Dodds said.

"It is going to be a difficult take for us or U.S. Q1 earnings which are forecast to rise by 5% and I think there is going to be room for disappointment, if not in delivery of Q1 but in the outlook for the rest of the year, because these headwinds are significant."