Though President-elect Joe Biden could opt to replace Jerome Powell when the Federal Reserve chairman's term expires, some on Wall Street are optimistic the central bank chief could stick around for a second term.

Biden's decision whether to replace Powell, his best shot at influencing the direction of Fed policy, will come in 2022, when Powell's four-year term at the head of the central bank ends. 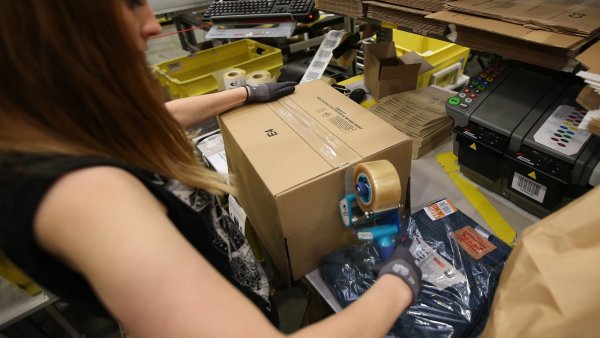 The president-elect could stick with Powell, liked by both Democrats and Republicans, or choose someone he believes to be more aligned with Democrats' goals of income equality, climate policy reform and diversity, and whether the person can work well with Biden's pick to head the Treasury, Janet Yellen.

"The decision is likely to be influenced heavily by how Treasury Secretary Janet Yellen (a former Fed Chair herself) gets along with Powell," Komal Sri-Kumar, market strategist and president of Sri-Kumar Global Strategies, wrote in an email.

The Fed chair is one of the most influential economic posts in the world and guides U.S. monetary policy, votes to adjust interest rates and manages the Fed's vast balance sheet.

"I would bet that the chances are that the two do get along well — after all, they are both officials in the old, traditional mold — and that Powell will get another four-year term beginning in February 2022," Sri-Kumar added.

A collaborative effort between the Fed and the Treasury Department, Sri-Kumar wrote, would allow each to focus its effort on revitalizing the U.S. economy and setting the stage for some of the president-elect's more permanent economic priorities.

Biden will also have more indirect ways to goad the central bank, including reinstituting certain lending facilities and adding other members to the central bank's board.

Powell is expected to find a friendlier relationship with Biden than with the man who appointed him as Fed chair, President Donald Trump, who spent years haranguing him through irate Twitter posts.

A former private-equity partner, Powell is liked by politicians on both sides of the political aisle for his demonstrated ability to handle an upset president, as well as for the successful rollout of the central bank's emergency lending facilities earlier this year.

Whether Powell is selected for a second term as chair will also depend heavily on which party controls the Senate. Powell's odds of staying on as Fed chief are expected to rise if his fellow Republicans are able to win at least one of the two Senate seats in the Jan. 5 runoffs in Georgia.

Biden could find himself under pressure from progressive Democrats to choose a member of his own party given ambitions to crack down on big banks and move toward a more equitable economy.

Current Fed governor Lael Brainard, a Democrat whom Biden considered for Treasury secretary before opting for Yellen, could offer a compelling choice given her long resume in U.S. economics and government.

The Fed, which normally tries to remain apolitical in its policymaking, is most directly influenced by partisan politics through the nominees a sitting president picks to join the Board of Governors. Brainard is currently the only Democrat on the seven-member board. Powell and the others are Republicans, and one seat is vacant.

Members of the board serve 14-year terms and are allowed to vote at every regular meeting of the Federal Open Market Committee, the body that sets U.S. interest rates. Other members of the FOMC are the sitting president of the New York Fed and four of the 11 other regional Federal Reserve presidents.

When Biden is inaugurated, he expected to have one vacancy on the Fed's board to fill if Republicans are unable to muscle through one of Trump's nominees.

Though insights on whom Biden might choose are few, Democratic strategists say Atlanta Fed President Raphael Bostic may be a good fit for the job given his extensive research on racial disparities in access to capital.

Trump has seen four of his nominees receive Senate confirmation to the board: Randal Quarles, Richard Clarida, Miki Bowman and — as of last week — St. Louis Fed research director Christopher Waller, who will fill one of two current vacancies when he is sworn in.

Waller's confirmation along party lines was uncertain as recently as November thanks to Trump's simultaneous nomination of Judy Shelton to fill the other board vacancy and Democrats' frustrations with how the White House has managed economic policy during the lame-duck period.

Shelton's was the more controversial nomination for Democrats and some Republicans, who raised concerns over her inconsistent or unorthodox policy views, including a return to the gold standard.

Broader dissatisfaction among Democrats with the Trump administration's fiscal priorities since Election Day also weighed against Waller's approval. Many were incensed after Treasury Secretary Steven Mnuchin decided not to renew emergency Fed lending facilities that will expire on Dec. 31.

The animosity between the two parties makes Georgia's two Senate runoff races even more critical for the Biden camp. If Democrats fail to win both seats, Republicans could use their slim majority to influence or delay Biden's Fed nominees. The state traditionally leans Republican, although Biden won it by a narrow margin this year.

The Fed's historic lending facilities have found themselves in the national spotlight in recent weeks after Mnuchin announced his decision not to extend the emergency provisions.

Though Mnuchin argued in a November letter to Powell that the lending programs "have clearly achieved their objectives," others worry that ending them soon will snuff out a key credit safeguard as the U.S. faces what's expected to brutal winter of Covid-19 infections and deaths.

Powell and other Fed leaders issued rare objections to the Treasury Department's decision, saying they would prefer to end the lending programs once the threat of the virus had passed and vaccines were distributed.

Only a fraction of the $2 trillion in potential funding has been used, a fact Mnuchin cited in arguing that resources could be better spent elsewhere. The lending facilities have deployed a little over $100 billion in all, though the Fed has stressed that their presence alone provides confidence to markets.

Biden's triumph over Trump in November, however, may make the programs' expiration at the end of the year temporary. A Yellen-led Treasury, for example, could seek to revive some or all of the programs once the new administration is sworn in.

On monetary policy, little change is expected in either the short or medium term even if Biden manages to fill the board vacancy and replace Powell in 2022.

Fed officials agreed in August to a major redesign of its rates strategy that included holding borrowing costs lower for longer since inflation has remained anemic for much of the last decade.

The central bank formally agreed to a policy of "average inflation targeting," meaning it will allow inflation to run "moderately" above the Fed's 2% goal "for some time" following periods when it has run below that objective.