As more people receive the Covid-19 vaccine, corporate leaders and investors are asking themselves a new question: What will consumer spending look like next?

About a third of the U.S. population has gotten at least one dose of the Covid-19 vaccine. Airport and store traffic is picking up. And some economists are predicting a major boom that could last for years. 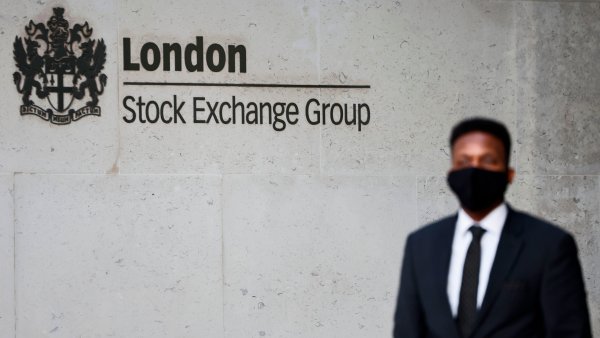 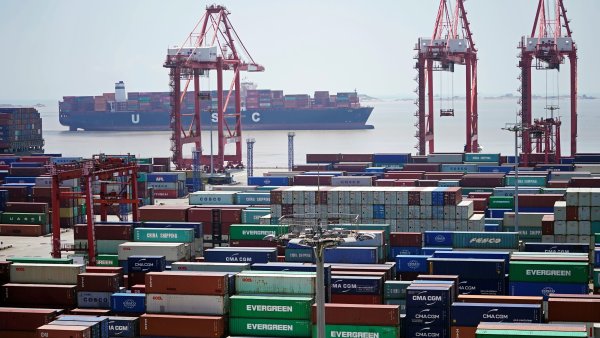 Even so, the global health crisis will continue to shape consumers' mindset and their purchases.

Here are four predictions of post-pandemic trends, based on surveys and reports by experts:

Consumers are still anxious — and that may influence what they buy and how they shop.

Even after getting a jab, Americans' worries about health and safety will likely linger. The U.S. has the highest level of consumers who are "most anxious" about their health and finances and China has the lowest levels, according to a survey and analysis in January of more than 7,000 consumers across nine countries by consulting firm AlixPartners.

For retailers, those concerns may heighten the importance of keeping up safety protocols like having more rigorous cleaning.

Target said it will factor safety into its future store design. Chief Operating Officer John Mulligan said at an investor day in March that the retailer will include more contactless features in restrooms and other places and add more room for people to space out between merchandise and checkout lanes.

Grocery shopping may be among the pandemic's stickiest habit changes.

Home offices, curbside pickup and lots of cooking practice — all will factor into people's food shopping habits in the future.

Restaurant dining and travel will be slowest to spring back, according to AlixPartner's survey. Among U.S. consumers who reported permanently changed habits, 30% said they plan to spend more on grocery and 44% said they will spend less on dining out post-vaccine compared with what they spent in those areas before the pandemic.

General Mills CEO Jeff Harmening said many Americans used to eat at restaurants on business trips or dine in the work cafeteria. That dynamic of frequent jet-setting, frenzied commutes and lunches across the table from coworkers has faded away.

"People want flexible schedules," he told investors last week on an earnings call. "While consumers may be making vacation plans now more than they have, businesspeople are not going to be traveling as much because technology has caught up and we realize we can do a lot of things remotely."

The way people stock their pantry looks different, too. Before the health crisis, about 7% of grocery shopping was done online, according to a report by Mastercard Economics Institute. That share is expected to rise to about 9% of grocery sales in the future. If that plays out, the grocery industry will have retained 70% to 80% of the digital gains that it saw during the peak of the pandemic.

Grocers and discount stores, such as wholesale clubs and dollar stores, are predicted to show the most dramatic and permanent e-commerce gains coming out of the pandemic, according to a report by Mastercard Economics Institute.

Customers are warming up to the approach, even though there can be a trust barrier, Mastercard's chief economist Bricklin Dwyer said in a Tuesday interview on CNBC's "Worldwide Exchange."

Teens and twenty-somethings may be the first wave of eager shoppers.

Young consumers want to go out again — and they're starting to spend and dress accordingly.

Similar to after the Great Recession, teen girls are leading the way as they open up their wallets after the most recent, pandemic-related recession, according to a survey of teens and twenty-somethings by Piper Sandler's 41st biannual "Taking Stock with Teens." Nearly 30% of upper-income female teens' wallets are going toward clothing — a high not seen since 2013, according to the report. Handbag spending rose to $93 per teen, an increase of 4% year over year.

Levi Strauss & Co. CEO Chip Bergh told CNBC Thursday the pandemic has inspired fashion that young customers are embracing, too. Instead of squeezing into skinny jeans, he said they want wide-leg and baggier denim.

"This is not the first time we've seen this resonating with consumers," Bergh said. "Cycles do come and go. And I think the pandemic definitely played a contributing role to consumers looking for a more comfortable, more relaxing denim."

Nearly half of the young shoppers surveyed by Piper Sandler said they intend to fly on a plane over the next six months, up from 33% in the fall.

Among the generations, Gen Z is also the most enthusiastic about spending time with people outside of their households once they get vaccinated, according to a survey of more than 15,000 people across nine countries by the IBM Institute for Business Value. Nearly 30% of Gen Z respondents said they plan to interact with other people more than they did before the pandemic, compared with Gen X and those over 55 who plan to return to pre-pandemic levels of interaction.

Contactless modes of shopping and dining will remain popular, even as the virus fades.

Shoppers may have opted for drive-thrus and curbside pickup because of safety over the past year. Yet they have discovered the convenience of the approach and that will keep them coming back as they juggle fuller calendars, commutes and carpools of kids again.

Retailers have bumped up their investments to adapt their businesses for e-commerce. Best Buy is testing stores where it devotes more square footage to fulfilling online orders than showing off flat screen TVs and smartphones. Walmart and Kroger have both announced plans to invest in automation to keep up with the volume of online grocery orders. Walmart is adding high-tech automated systems to dozens of its stores and Kroger plans to open at least 11 giant facilities with Ocado. The first two of Kroger's sheds will open in the next few weeks.

"As society has leapt into a new digital era, so has Kroger," CEO Rodney McMullen said at an investor day last week. He said the company will double its digital sales by the end of 2023.

Restaurant chains have taken the cue, too. McDonald's is closing hundreds of restaurants inside of Walmart stores and chains like Sweetgreen and Shake Shack have announced plans to add drive-thru lanes, as diners opt to order from inside of their cars. Chipotle Mexican Grill said it's accelerating plans to add more "Chipotlanes" to its footprint, too.

"The pandemic, of course, really put some turbocharge behind our digital business, but as we're starting to see Covid moved behind us — and we still have a ways to go — we're keeping most of that digital business, about 80%," Hartung said in an interview on CNBC's "Closing Bell" on Friday.