The For the People Act aims to set up automatic voter registration, expand early voting, ensure more transparency in political donations and limit partisan drawing of congressional districts, among other provisions. Democrats pushed for the reforms before the 2020 election, but called them more necessary to protect the democratic process after former President Donald Trump's false claims of electoral fraud sparked an attack on the Capitol and restrictive state voting measures. 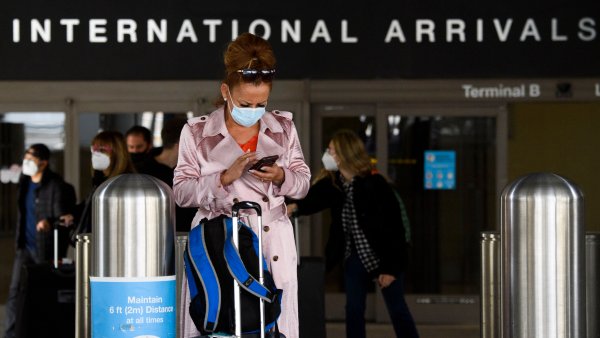 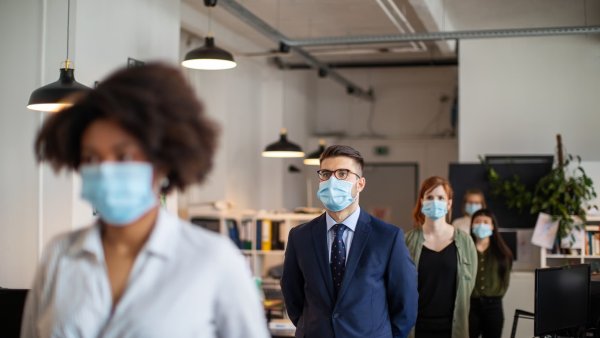 Dread Going Back to the Office? Therapists Share Tips on How to Readjust

The House passed its version of the bill in March. The measure failed a procedural test in the Senate Tuesday, as Republicans voted against starting debate on it.

The plan needed 60 votes to advance in the Senate, split evenly by party. It fell along party lines in a 50-50 vote.

After the bill failed to advance, Senate Majority Leader Chuck Schumer, D-N.Y., criticized his GOP counterparts for reluctance to start the process of debating and amending the bill.

"Now, Republican senators may have prevented us from having a debate on voting rights today," he said. "But I want to be very clear about one thing: the fight to protect voting rights is not over. By no means. In the fight for voting rights, this vote was the starting gun, not the finish line."

Schumer said the Senate has "several, serious options for how to reconsider this issue and advance legislation to combat voter suppression." He said he plans to "explore every last one of our options."

Republicans have framed the legislation as a power grab by Democrats. They have argued states rather than the federal government should have leeway to set election laws.

The GOP has also questioned the need for a new bill to protect voting rights. Republicans have downplayed the restrictive laws in states such as Georgia and Florida, which took steps including making it harder to vote absentee and limiting ballot drop-off boxes. Critics of the measures say they will disproportionately hurt voters of color and give GOP officials more power over election outcomes.

Ahead of the Senate vote, Minority Leader Mitch McConnell, R-Ky., called the Democratic bill a "transparently partisan plan," stressing it was in the works before Republican-led legislatures passed voting laws.

"The Senate is only an obstacle when the policy is flawed and the process is rotten," he said.

Schumer disputed the argument that the federal government should not exert its will on election laws. He pointed to past bills such as the Voting Rights Act that protected voters from discrimination.

The Biden administration has formally backed the For the People Act as the president considers voting rights a key piece of his agenda. In a statement after the vote, Biden said Democrats "unanimously came together to protect the sacred right to vote."

He later continued: "Unfortunately, a Democratic stand to protect our democracy met a solid Republican wall of opposition. Senate Republicans opposed even a debate—even considering—legislation to protect the right to vote and our democracy."

Vice President Kamala Harris, who has met with voting rights advocates in recent weeks, presided over the Senate vote on Tuesday. She plans in the coming weeks to promote registration and work with state leaders who are pushing back on restrictive bills, NBC News reported.

The For the People Act has little chance of revival in the current Senate. At least two Democrats — Joe Manchin of West Virginia and Kyrsten Sinema of Arizona — oppose scrapping the legislative filibuster, which would allow the party to pass more bills without Republicans.

Liberals have urged the party to abolish the 60-vote threshold as Democrats pursue their priorities with control of the White House and narrow majorities in the House and Senate.

But Manchin has signaled he would oppose final passage of the Democratic-led bill, potentially killing chances of its passage even without the filibuster. He has said he wants to approve a voting rights plan with GOP support, despite Republican opposition to more modest plans to protect ballot access.

Manchin proposed a potential compromise, which includes Democratic-backed provisions such as 15 days of early voting for federal elections and automatic voter registration at state motor vehicles agencies. It also calls for voter identification requirements, which Republicans have typically supported.

McConnell shot down the plan, arguing it contains the "rotten core" of Democrats' bill.

Manchin did not commit until Tuesday afternoon to voting to start debate on his party's legislation. Schumer announced a deal to take up Manchin's proposal as an amendment if the For the People Act cleared the procedural vote.

The senator's support ensured every Democrat would vote to advance the bill while Republicans blocked it.