Check out the companies making headlines in midday trading Tuesday.

Gap, Under Armour — Retail stock were under pressure after Cyber Monday online sales dropped 1.4% from last year, falling for the first time ever, according to Adobe Analytics. However, Adobe believes customers are spreading out their shopping this year and expects the entire holiday season will post record-breaking online sales growth. Gap fell 7.1%, Under Armour retreated 3.3%, and Tommy Hilfiger-parent PVH Corp lost 2.8%.

Regeneron Pharmaceuticals — Regeneron shares fell 2.7% after the company said its Covid-19 antibody drugs could be less effective against the omicron Covid variant. The company said mutations in the variant suggest "there may be reduced neutralization activity of both vaccine-induced and monoclonal antibody conveyed immunity." 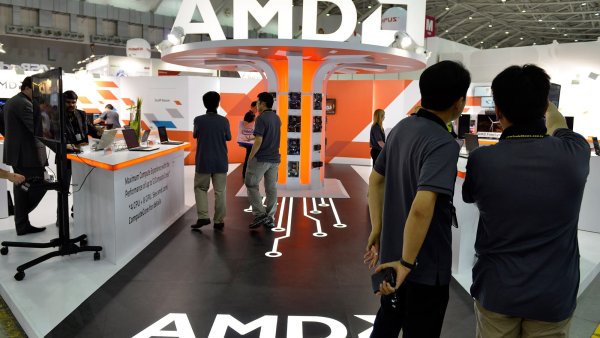 Cramer's Week Ahead: Have Your Buy List Ready for Any ‘Hideous Moments' 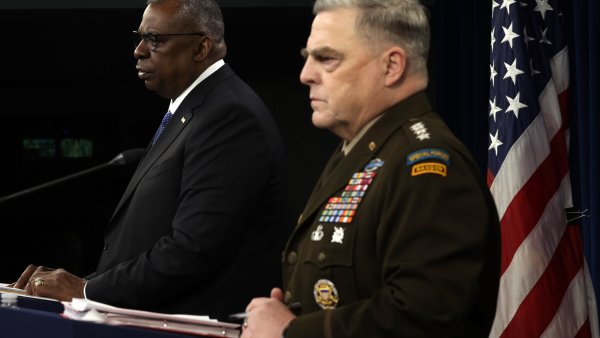 Moderna, Pfizer — Shares of vaccine makers were in focus after Moderna CEO Stephane Bancel told The Financial Times he expects existing vaccines to be less effective against the omicron variant. Researchers are still studying the new variant's reaction to prior immunity, and Oxford University said there is no evidence yet that current vaccines will not protect against severe disease from omicron. Moderna shares fell 4.4%. BioNTech shares fell nearly 3%. Pfizer shares gained roughly 2.5%. Novavax shares added 7.6%.

Dollar Tree — The discount retailer's stock slid 5.3% after Goldman Sachs downgraded Dollar Tree to neutral from buy. The firm said the company's operational improvements were priced in, and that Dollar Tree would struggle with foot traffic issues in the year ahead.

Solaredge — The clean energy stock shed 5.6% after Morgan Stanley downgraded it to equal-weight. The investment firm said in a note to clients that Solaredge's shares may be fully valued after a recent hot streak.

Meta Platforms — Facebook-parent Meta's shares fell 4% after the U.K. competition watchdog said the company should sell the GIF-sharing platform Giphy, which Facebook acquired last year. The regulator said the deal could harm social media users and U.K. advertisers. Meta has said it disagrees with the decision is considering an appeal.

Beyond Meat, Oatly — Shares of Beyond Meat and Oatly retreated roughly 5.8% and 3.9%, respectively, after HSBC initiated coverage of the protein stocks at a reduce rating. "Given the prospect of heightened competition, the growth we forecast will be insufficient for many participants to achieve their lofty growth ambitions," the firm said.

Twitter, Square — Shares of Twitter and Square retreated 4% and 2.1%, respectively. The moves come a day after Jack Dorsey announced he is stepping down as CEO of Twitter while staying on as chief executive at Square. Bank of America upgraded Square to neutral from underperform and reiterate a buy rating for Twitter.