What to Watch Today: Stocks Set to Rise, With Dow, S&P 500 on Winning Streaks

U.S. stock futures pointed to a higher open Tuesday and a fourth straight session of gains for both the Dow Jones Industrial Average and the S&P 500 and a back-to-back advance for the Nasdaq. Growing hope for a Russia-Ukraine ceasefire appeared to help investor sentiment. (CNBC)

All three benchmarks turned losses intraday Monday into gains by the close. The Dow and S&P 500 were roughly 5% below their early January record closes. The Nasdaq, while clawing its way higher recently, was still in a correction, down more than 10% from its November 2021 record close. (CNBC)

The 5-year Treasury yield was still higher than the 30-year yield Tuesday morning, one day after doing so for the first time since 2006. This type of inversion has in the past happened before recessions. However, the main spread that traders watch — the 2-year Treasury yield and the benchmark 10-year yield — remained intact. (CNBC)

* Home prices heated up to start the year, with huge surges in Arizona and Florida, says S&P Case-Shiller report (CNBC)

Oil prices dropped 5% Tuesday on hope out of Russia-Ukraine talks. West Texas Intermediate crude, the U.S. benchmark, fell more than 8% on Monday as concerns over new Covid lockdowns in China and the potential for curtailed demand sent prices tumbling. (CNBC)

Ahead of this week's OPEC+ meeting, Saudi Arabia's energy minister told CNBC on Tuesday that international producers will keep politics out of their decision-making in favor of the "common good" of stabilizing energy prices. (CNBC)

* Biden says his ‘moral outrage’ at Putin does not signal a U.S. policy shift (CNBC)

The New York Attorney General Office's probe of the Trump Organization has "uncovered significant evidence," suggesting the financial statements at the former president's company for more than a decade relied on misleading valuations of its real estate assets, the office said Tuesday in a court filing. (CNBC)

Donald Trump likely broke the law by "corruptly" attempting to obstruct the Jan. 6, 2021 certification by Congress of Joe Biden's Electoral College presidential win, a federal judge said in a civil court ruling. The judge rejected a bid to withhold documents from the House committee investigating the Capitol riot. (CNBC) 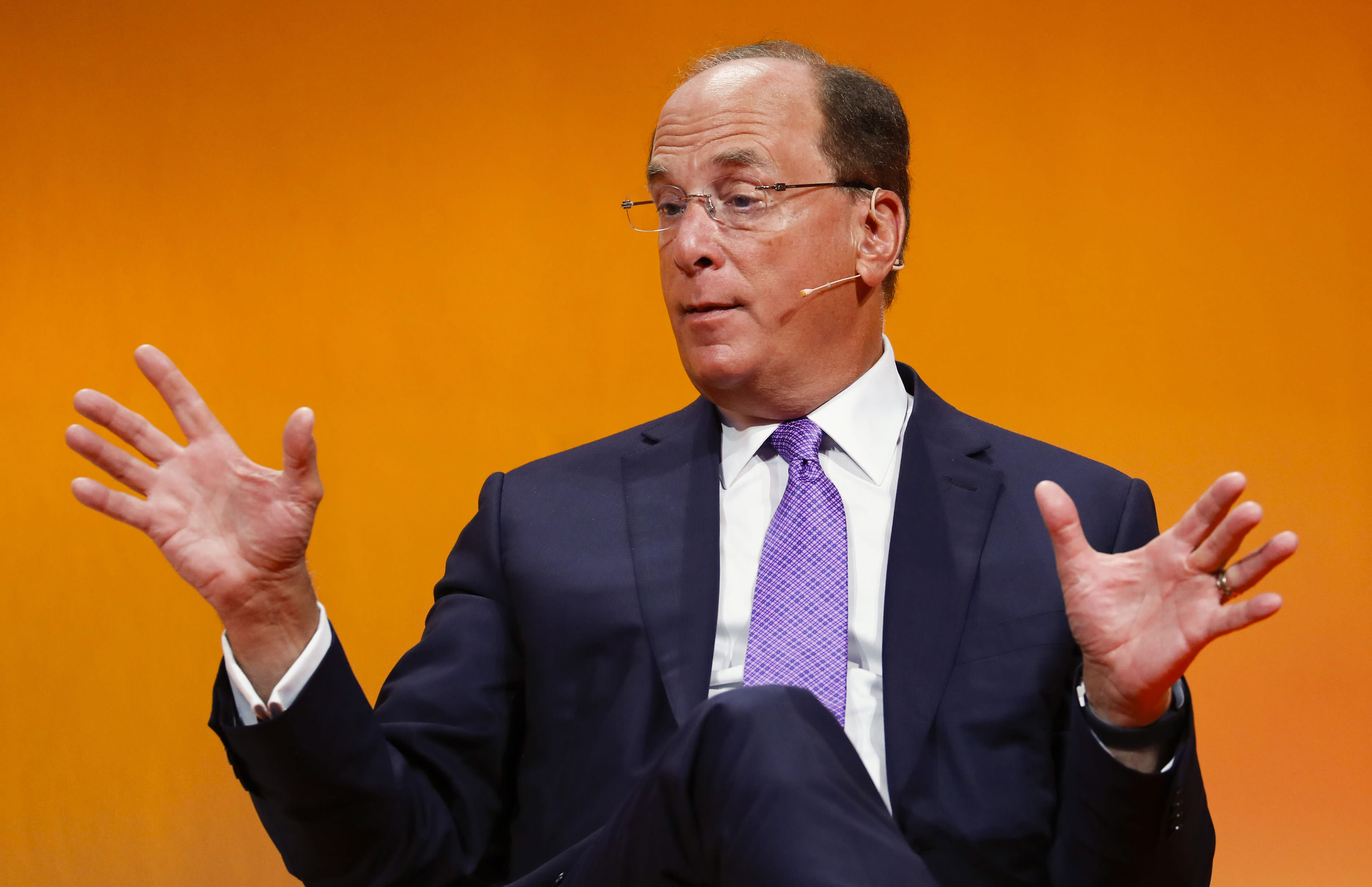 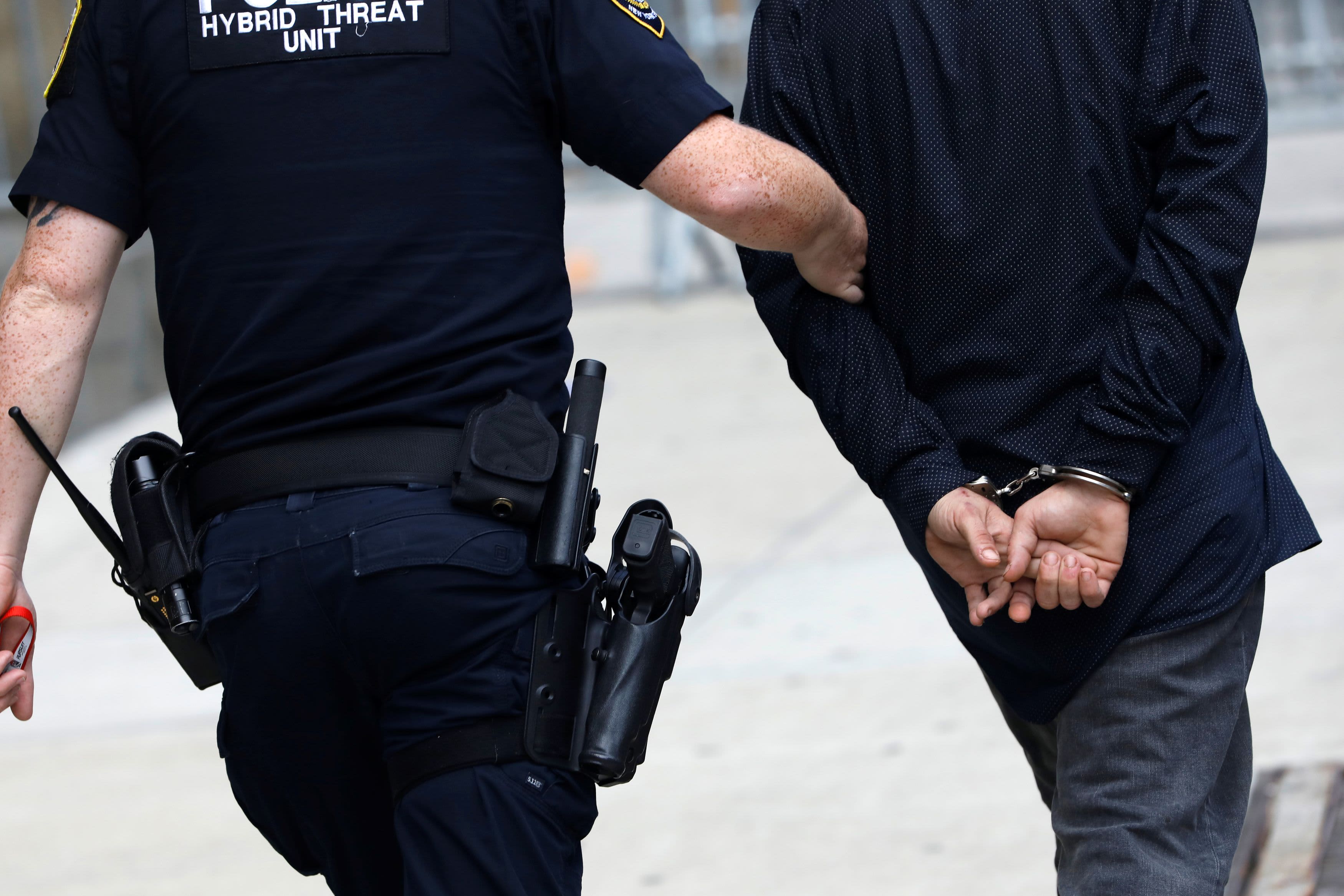 The SEC has charged three software engineers at cloud software vendor Twilio (TWLO) and several of their friends and family members with involvement in an insider trading scheme. The group generated over $1 million in profits, the SEC said. (CNBC)

Vice President Kamala Harris on Wednesday will join a group that includes leaders of corporate giants to promote a $4.7 billion commitment to boosting minority-owned businesses and underrepresented communities in Washington, D.C., and surrounding areas. (CNBC)

FedEx (FDX) said late Monday that Fred Smith will step down on June 1 as CEO of the package delivery giant he founded. He'll be succeeded by FedEx President and Chief Operating Officer Raj Subramaniam. Smith will become executive chairman. FedEx, which the 77-year-old founded, started operations in 1973. (AP)

Nielsen Holdings (NLSN) surged roughly 21% in the premarket after it agreed to be acquired by a private-equity consortium for $28 per share. The deal is worth $16 billion, including assumed debt.

Uber (UBER) is close to an agreement with a San Francisco taxi company to include taxis in its ride-hailing platform in that city, The New York Times reports. Uber recently struck a similar agreement in New York City. The stock added about 2% in premarket trading.

Jefferies Financial (JEF) rallied 3.7% in the premarket after reporting better-than-expected quarterly profit and revenue. Jefferies earned $1.23 per share, well above the 89 cents a share consensus estimate, even as profit fell from a year earlier amid what the company called a "challenging" trading environment.

GameStop (GME) was riding a 10-session, 143% winning streak heading into Tuesday's open. Another meme stock on a roll is movie theater operator AMC Entertainment (AMC), which surged 45% on Monday, its best day since last June. Both were lower in the premarket.

Stellantis (STLA) is laying off an undisclosed number of workers at its Illinois Jeep plant in an effort to operate it in a "more sustainable manner." The facility saw several layoffs last year as well as it tried to deal with the impact of the global semiconductor shortage. Stellantis jumped 4.5% in premarket trading.

Southwest Gas (SWX) will sell $400 million in shares at $74 per share to help repay debt used in its $2 billion acquisition of Questar Pipelines in back December. That deal had been opposed by investor Carl Icahn, whose offer to buy Southwest was rejected Monday. Southwest fell 3.4% in the premarket.

Dave & Buster's (PLAY) slumped nearly 6% in the premarket after a top- and bottom-line miss in its latest quarter. Dave & Buster's said its results were strong in light of ongoing Covid headwinds.

Will Smith took to social media Monday to formally apologize to Chris Rock for slapping him during the Academy Awards ceremony, calling his behavior "unacceptable and inexcusable." The incident took place prior to Smith accepting the award for best actor Sunday evening. (CNBC)