Tech Employees Are Delaying Vacations Because of Coronavirus, So Employers Are Forcing Them to Take Time Off to Avoid Burnout

Chegg, DocuSign, RingCentral and ServiceNow are among the companies that have given employees additional vacation time in the past few months

There’s a pandemic. There’s a recession.

A few technology companies are trying to make sure their employees don’t burn out in the midst of it all by telling them to work less.

For decades, technology companies have had a reputation for being generous to employees, from pay to time off to perks. Since the coronavirus emerged, many companies have given their people stipends for monitors, webcams and other equipment, along with access to mental-health services. The virus is resurging or never went away in many parts of the world, meaning that many workers are still working from home, where work and personal time can blur into an endless purgatory of screen time and video calls. That’s bad for employees’ mental health and productivity, so some tech companies are forcing workers to take a break.

Chegg, a Silicon Valley company that sells textbooks and provides students with homework help online, told employees to block out times they normally commuted to work on their calendars when the shelter in place began in March, so they could avoid meetings during those times. Employees weren’t doing that, so in April the company went further and blocked out calendars from 2 p.m. onward. Then, in June, with the summer approaching, the company lifted the afternoon ban and instead imposed a block all day every Friday until the end of August. 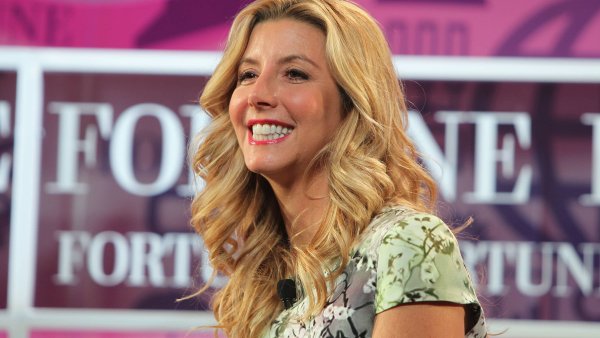 Small Businesses in LA Can Apply for $5,000 Comeback Checks. Here's How

Most people are taking the day off, while others are using the extra time to catch up on email or do other work-related tasks that tend to be neglected.

Chegg also gave people a day off in April and a week off in July. Another week off could come in the fall, Hatlo Porter said.

"We have an unlimited vacation policy, but no one’s taking vacation," she said.

The issue is that people might not want to use vacation days if they feel they can’t do what they used to do. They might feel like it would be hard to book a trip to a foreign country because they don’t want to risk being on an airplane for hours, and might face quarantines or travel bans when they get there. They might feel they can’t drive to popular tourist destinations because they don’t want to deal with crowds.

But there are other things to do. The additional time off has enabled some Chegg employees to go on road trips and stay overnight at homes they’ve rented through Airbnb. Many people just hang at home and binge-watch on Netflix. Employees talk about what they’ve watched when they reconvene on Zoom calls.

ServiceNow, a Silicon Valley company with software for managing help-desk tickets, allows U.S. employees to take as much time off as they want, like Chegg, and the policy is flexible and generous for employees in other countries, said Pat Wadors, the company’s chief talent officer. There again, it was to get people to actually not work, and ServiceNow has resorted to making workers feel the fear of missing out, better known as FOMO.

Most employees took four days off on the week of the Fourth of July — a few other companies, including DocuSign and RingCentral, gave employees an extended holiday — and various teams have been agreeing to take certain days off together. For example, ServiceNow’s engineering organization won’t be working on August 7. The company directs people to make videos or take pictures of their activities during their time off. Then, employees vote on who made the best use of that time.

Some people have held backyard mock-Olympic games with their kids. Others have had bike-riding contests. Wadors herself bought a kayak and went for a paddle with her husband, son and daughter in the Santa Barbara Harbor. They saw sea lions. The next day, a shark was seen eating a sea lion right where they were kayaking. "It was a memory moment. I’ve not done that before," she said.

She and other leaders need to take time off and show what they’re doing, so people feel they have the permission to take it easy, Wadors said.

At Ping Identity, whose software helps corporate workers sign in to many applications, CEO Andre Durand felt that unlimited vacation just wasn’t enough. He was concerned that some workers, particularly those in their 20s and 30s, might not have clear work-life boundaries. Ping created an artificial holiday on July 17, and another will come in August.

"Whether you think you need it or not, you probably do," said Durand, whose company is based in Denver.

It’s not just big companies that are trying to ease the burden on workers as the pandemic drags on. Codify, a 30-person start-up with offices in San Francisco and Colombo, Sri Lanka, is giving everyone a week off of their choosing this summer.

One of Codify’s investors, Josh Felser of Freestyle Capital, tweeted about the plan, without telling the full story.

In October, Codify had launched a service for restaurants to streamline orders from various suppliers. Then March came, and restaurants closed as public officials directed citizens to stay home. That hurt Codify, which let go of some employees.

Employees needed to to work extra hard to try and restore the lost demand, said Mani Kulasooriya, the start-up’s co-founder and CEO. The team quickly introduced a second product: an online service for ordering restaurant-grade groceries. For weeks they worked 10 to 12 hours a day, and sometimes on weekends, as they fixed issues that popped up.

Kulasooriya noticed that people weren’t taking days off, even though the start-up offers unlimited vacation. He thought it wasn’t acceptable for people to just hold off and take vacations when life returned to normal. He proposed his weeklong vacation idea to the company’s other leaders, and they announced it the week of July Fourth. Everyone had to pick a week they’d take off between then and the end of August, or split the time over multiple weeks.

Things aren’t quite as frantic as they were a few months ago, now that Codify’s Market ordering service is more stable.

"There’s a little bit of a relaxation in terms of the number of hours," Kulasooriya said.