Deputies arrested Itzel Ramirez, 21, who said the attack was self-defense

An Amazon delivery driver is arrested after deputies say she attacked a woman at a Castro Valley apartment, who was waiting for a package. The incident was also caught on camera.

According to the Alameda County Sheriff's Office, the incident happened Thursday night as a woman was waiting for her package to be delivered and got an alert that it had arrived.

According to the Doug Smith, the owner of the apartment complex, a short time later after a brief exchange, the woman was being hit repeatedly by the delivery driver, who was later identified as 21-year-old Itzel Ramirez. 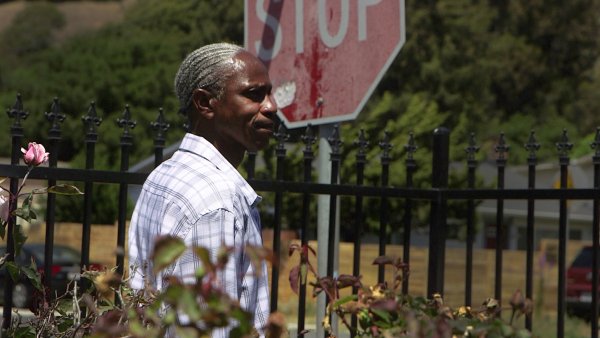 Smith told NBC Bay Area the 67-year-old resident questioned Ramirez about the package. They claim Ramirez told the woman to be patient.

After waiting about 15 minutes, the resident approached Ramirez again.

An Alameda County Sheriff's Office report said Ramirez said something about "white privilege" when the resident responded by calling the driver a “[expletive]." That's when she was assaulted by Ramirez.

“I don’t know. I just think that the violence we’re seeing these days is very troubling,” Smith said. “I was very pleased to see Sheriff [Gregory] Ahern and his deputies do a quick response.”

Deputies later arrested Ramirez, who said the attack was self-defense. Deputies say the woman was hit 10 times at least and suffered injuries to her face and head likely sustained a broken nose.

Amazon released a statement that read: “This does not reflect the high standards we have for our drivers who deliver our packages. We take these matters seriously and this individual is no longer delivering Amazon packages.”