The giant painting wraps around three sides of an 11-story building and is visible for miles around, featuring a 50-foot-tall monarch butterfly on the north wall

Jane Kim can tell you where every vein is on the colorful wings of a female monarch butterfly, and knows the exact proportions of each segment of the creature's delicate legs.

But until the fall of 2019, Kim never dreamed she'd be learning how to maneuver a swing stage — a motorized, hanging scaffold — to paint that majestic butterfly on the side of a building more than a hundred feet off the ground.

"To make a pun, I definitely had butterflies in my stomach coming in," she said in an interview on October 3.

Kim spoke to us on the very first day of her biggest project yet: a giant installment in her studio's Migrating Mural series, which traces the migratory path of the monarch butterfly across the United States. Though the series includes numerous large-scale paintings, the newest one, at O'Farrell and Hyde Streets in San Francisco's Tenderloin District, is by far the largest. 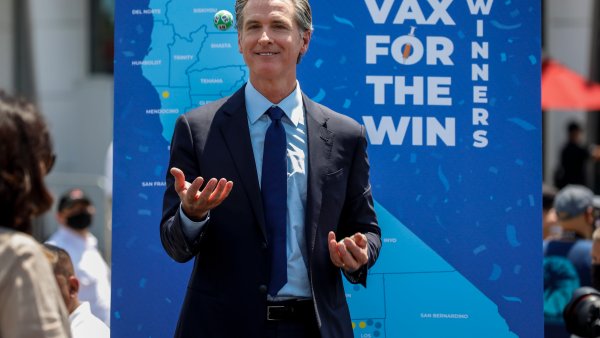 "It's a big wall, so we have a lot of safety factors and weather factors we just don't have control over," Kim said. "When you're 100 feet up in the air, the wind, if it's just a breeze, it feels a lot more like a gust."

After going through swing stage training with the entire team of 11 artists, Kim and her fellow painters — all of them women — set about drawing a grid of two-by-two-foot squares up and down the massive, 11-story white wall, using large metal rulers and bubble levels. Then, with a thick book of diagrams in hand, they began painting the contents of each square in what Kim said amounts to "a giant paint-by-number."

Kim said she hadn't initially set out to assemble an all-female team. She began recruiting artists from among her former classmates at Cal State Monterey Bay.

"It kind of happened by accident," she said. "But I have to say, I'm really proud to have an all-female team, it's been a really fabulous experience."

Kim's background is in scientific illustration — a perfect fit for the Migrating Mural project, which strives to paint a scientifically accurate portrayal of the animals and plants it features. If artistic sensibilities come into conflict with scientific reality, she said, science wins every time.

"Obviously, we chose the California poppy to honor the state of California," Kim said. "The monarch butterfly ... landed on the poppy in the original design, and its proboscis was starting to come out — and then we learned, well, we can't actually show that story, because monarch butterflies do not drink nectar from poppies. Poppies don't have nectar."

The towering mural in the Tenderloin is what artists call "site-specific" — that is, it's tailor-made for the spot where it stands. On the south wall of the building, examples of the five different families of butterflies found in San Francisco can be seen from as far away as the Bernal Heights hilltop park.

Toward the bottom of that wall, the iridescent Xerces blue butterfly — painted in 22 different colors — is cautionary tale to San Franciscans too young to remember it.

"This butterfly is special in San Francisco because it was only found here," Kim said. "And it was the first butterfly to be described as going extinct due to loss of habitat and urbanization."

The Xerces blue was declared to have become extinct sometime between 1941 and 1943. Named after it, the Xerces Society for Invertebrate Conservation has partnered with Kim's Ink Dwell Studio on the monarch butterfly mural series.

Higher up on that same wall, a butterfly that dwarfs the others with its massive wingspan provides an image of hope. The tiger swallowtail, the largest butterfly found in the United States, typically inhabits river canyons. But it also inhabits a different kind of canyon: the urban canyon of San Francisco's Market Street.

"You can actually see this particular tiger swallowtail from Market Street," Kim said, pointing to the giant butterfly painted on the building.

Careful landscaping along Market Street has ensured plenty of habitat for the big yellow butterflies in the dense, green tree canopy, as humans scurry around on the sidewalk below.

"Urbanization is not a bad thing, but it's just really a matter of how we choose to do it," Kim said. "What this represents is an interesting, positive story of urbanization, and how that can sometimes also recreate natural habitats."