Gov. Newsom said more than half of 2,500 aboard the February cruise, which docked in San Francisco, are California residents.

California's first coronavirus fatality — an elderly patient who apparently contracted the illness on a cruise — prompted the governor Wednesday to declare a statewide emergency as six new cases, including a medical screener at Los Angeles International Airport, were confirmed.

The measure made California the third U.S. state to declare a state of emergency. Washington and Florida are the other two.

The state currently has 53 confirmed cases of coronavirus.

Gov. Gavin Newsom said the emergency proclamation is intended to help procure supplies and resources quickly. He announced the move Wednesday afternoon during a news conference, hours after the patient's death in Placer County was announced.

The cruise ship is now under investigation as the Centers for Disease Control and Prevention probe a “small cluster” of coronavirus patients who were aboard, according to the cruise line. Another passenger who contracted the COVID-19 virus is now in stable condition at a hospital in Sonoma County, north of San Francisco.

It was unclear if the airport medical screener contracted through their work at the airport or from so-called community transmission, according to a statement from the U.S. Department of Homeland Security. No travelers screened at the Los Angeles airport have tested positive for the virus.

Earlier Wednesday, officials in Los Angeles County announced that six new cases of the coronavirus had been confirmed, up from one previously. The airport screener is one of those six patients.

The elderly patient had underlying health conditions and died at a hospital in Roseville, near Sacramento, according to Placer County health officials. 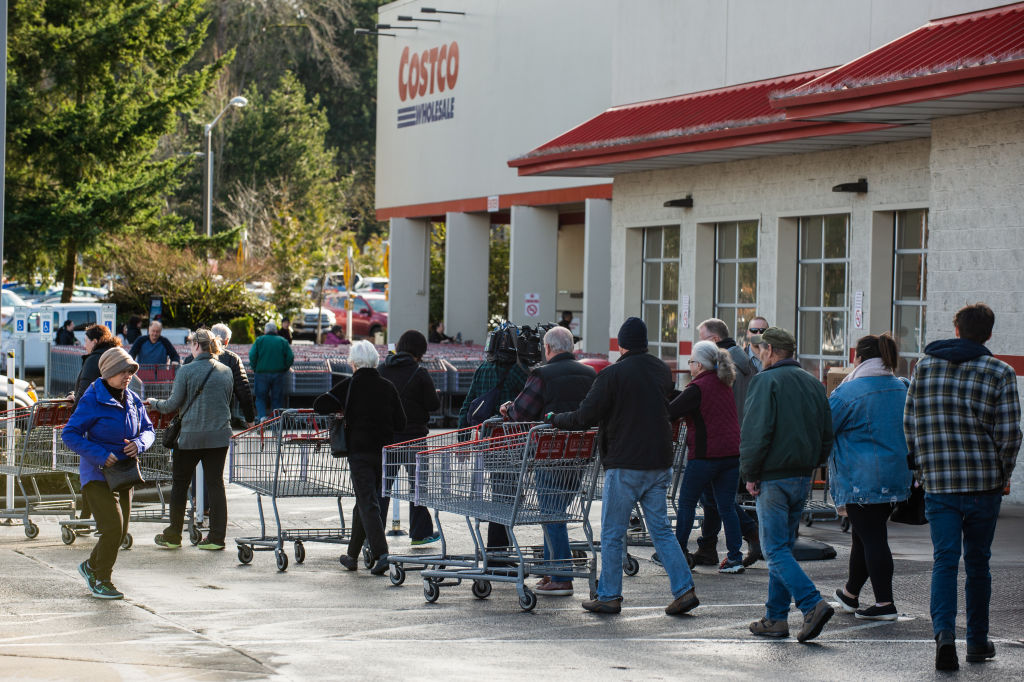 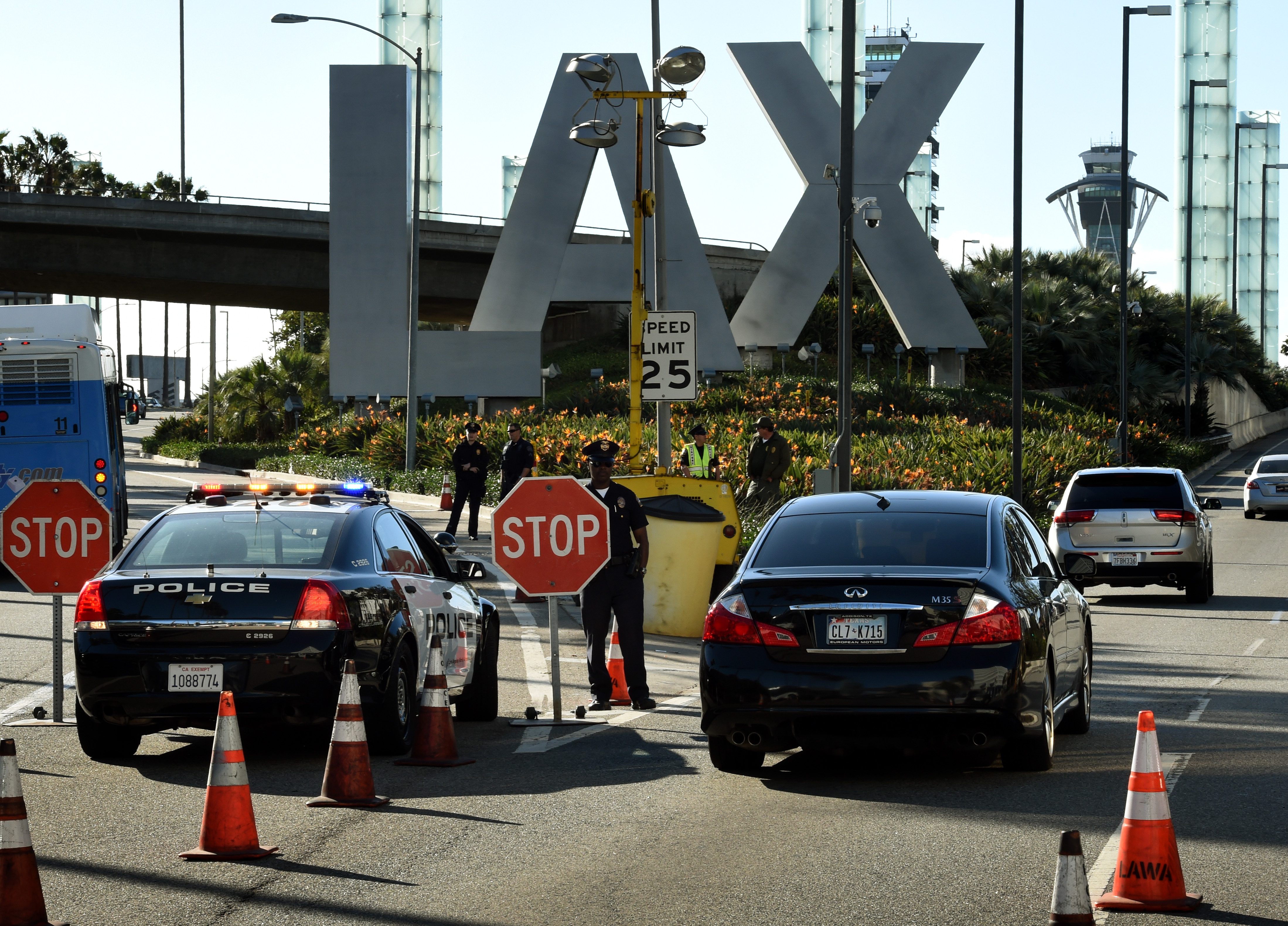 The person was not identified, with officials disclosing only that the person was a Placer County resident who tested positive for the virus Tuesday.

Health officials believe both cruise ship patients were exposed while they were on the Grand Princess cruise from San Francisco to Mexico from Feb. 11 to Feb. 21.

Newsom said more than half of 2,500 aboard the February cruise, which docked in San Francisco, are California residents.

Vice President Mike Pence and the Coronavirus Task Force gave updates on Wednesday about U.S. containment efforts as the number of domestic cases is expected to grow.

The Placer County person had symptoms as early as Feb. 19, according to Placer County Health Officer Aimee Sisson. Emergency personnel were called to the person's home in Rocklin, about 110 miles (180 kilometers) northeast of San Francisco, on Feb. 27, when they were admitted to a hospital.

The cruise ship is at sea but is expected to skip its next port and return to San Francisco by Thursday, according to a statement from Dr. Grant Tarling, the chief medical officer for the Carnival Corp., which operates the Grand Princess. Any current passengers who were also on the February trip will be screened.

Newsom said the cruise ship, with thousands of people aboard, will be held offshore until passengers can be tested.

“The ship will not come on shore until we appropriately assess the passengers,” he said.

The CDC is working with California authorities to contact other passengers from the previous trip, CDC Director Robert Redfield said Wednesday at a White House briefing.

"We’re at the very beginning of that, looking at the manifest to make sure that we understand who has gotten off the cruise and where they got off the cruise,” Redfield said.

Shoppers at the Alhambra Costco are stocking up on items like water, toilet paper and paper towel amid coronavirus fears. Kim Tobin reports for NBC4 News at 4 p.m. on Monday, March 2, 2020. (Enrique Roman)

The airport screener is a contractor for the Department of Homeland Security and wore protective equipment at work, the homeland security statement said. The person is being quarantined at home with mild symptoms.

The patient last worked at the airport on Feb. 21 and began feeling cold-like symptoms on Feb. 29, officals said. The patient’s doctor tested them for coronavirus on March 1.

NBC News first reported the case of the airport screener.

Symptoms of COVID-19 can include fever, runny nose, cough and breathing trouble. Most develop only mild disease. But some people, usually those with other medical complications, develop more severe symptoms, including pneumonia, which can be fatal.

In all, more than 94,000 people have contracted the virus worldwide, according to the World Health Organization, with more than 3,200 deaths. WHO reports that the COVID-19 virus is more fatal than the common flu.

Los Angeles County health officials expect more cases to be confirmed and have increased the county's capacity to test at a local laboratory.

The cases were from throughout the county, she said, but did not provide specific locations.

Regarding the new cases, officials said three of those who tested positive were travelers together in northern Italy, two were family members who had close contact with another family member who previously tested positive for the virus and the sixth patient is the airport screener.

Officials in Los Angeles County and the city have signed proclamations of local emergencies to aid efforts to respond to the virus and free up resources. Authorities are also assisting shelters to prevent transmission of the virus in the homeless population.

“This is not a response rooted in panic,” Los Angeles County Supervisor Kathryn Barger said.