According to his family, Steven Olson was an Army Veteran and a hockey player

Family members, friends and homeless advocates gathered Friday night for a candlelight vigil in Escondido where a homeless man was shot and killed by a police officer last week.

According to his family, Steven Olson was an Army Veteran and a hockey player. He once was a furniture mover and was described as a proud uncle. That is the way his nephew and niece remembered him.

“It's not right the way all this went down, and I am here for my uncle to fight for him,” Nicholas Olson said. 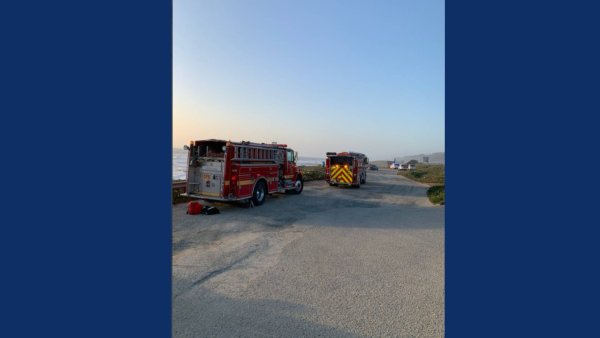 3 Rescued After Getting Stuck on Rocks, Rising Water at Pescadero State Beach

“Steve did not deserve what happened to him last week,” said Yusef Miller, homeless activist.

Family members were joined by homeless advocates, friends and other Escondido community members for a candlelight vigil at West 2nd Avenue and Broadway, where Steven Olson was killed.

“He fell on some hard times. He was down the wrong path but nothing he did deserve this kind of treatment,” Nicholas Olson said.

Many people in this group have protested in front of the police department several times since Steven Olson's death. They are asking officer Moore to be terminated and charged criminally.

So far, Escondido Police say an investigation is underway by the EPD crimes of violence unit and will be independently reviewed by the San Diego County District Attorney's office, U.S. Attorney's office and the FBI to determine if the officer's actions were reasonable under the law.

“I don't think that if you are going to shoot a man as he did, you should be getting paid to hold a gun for a job,” said Ashley Olson, Steven Olson’s niece.

Steven Olson had been homeless for 10 years. Police say he's had dozens of run-ins with the law, been jailed, and given social service support.

In a video statement posted online, EPD Chief Ed Varso blamed a "revolving door" system that failed to get him the help he needed.

Homeless advocates are left asking whether the problem is Steven Olson or the system.

The group "We the People," which organized tonight's vigil is holding another demonstration in front of the police department next Wednesday.

The group is calling for changes in police policy and reappropriating part of the department's budget to community care services.

EPD Chief Varso said the department will review its use-of-force procedures as a result of the shooting.