Health, Pandemic Keep Chopper the Biker Dog From Doing What He Loves Most

His declining health and thinned visit schedule have had an impact on Chopper's spirit lately, his owner says

For the better part of a decade, he’s ridden around San Diego on the back of a motorcycle. He has sat with wounded warriors and police officers as they recover in hospitals. He has been celebrated in parades and on social media.

He is arguably the most famous therapy dog in San Diego, but 2020 has not been kind to Chopper the Biker Dog.

“We’re doing the best we can. We’re hanging in there,” said Chopper’s owner and best friend Mark Shaffer. “He’s my best buddy. Sometimes I think he’s my only buddy; the only one that wants to put up with me.” 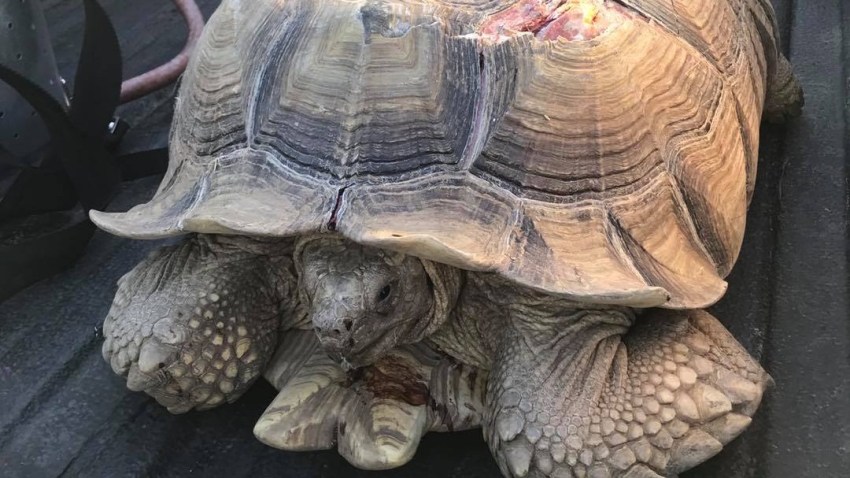 The Boston Terrier has been putting up with Shaffer for almost 11 years as they visit hospital rooms and veterans homes.

“It doesn’t matter: Age, where they are, how they are. People ask if Chopper can come visit,” said Shaffer as he held his dog in his lap.

Unfortunately, the coronavirus pandemic has wiped away most of this year’s visits.

“All the Special Olympics, fundraisers, and games: Cancelled,” declared Shaffer.

That may be a blessing in disguise. Chopper turns 11 Monday and may need a break.

“It’s been a struggle with Chopper the last 16 months with his health issues.”

“So, his body’s killing off his red blood cells before they’re able to be produced in the bone marrow,” sighed Shaffer.

He said Chopper recently didn’t come running when the refrigerator was opened.

“He laid motionless in his bed,” Shaffer recalled. “I went up to him and put the treat in front of him, didn’t even open his eyes, so, it’s been a pretty hard 16 months.”

“He’s got the age. It’s just a matter of when things are going to take a turn for the worst,” Shaffer said as he held back tears. “I don’t know. I get too emotional thinking about it. I just want to really cherish the time we have together now.”

That means a large birthday celebration for the therapy dog, who wears a military veteran-style leather biker vest. Shaffer has invited everyone to a drive-thru birthday party Sunday evening in La Mesa.

“It may be his last one, so I want to make it special.”