A woman who was at the protest Saturday in La Mesa is in a medically induced coma and may lose one of her eyes after reportedly being hit with a "less lethal" projectile by a police officer, according to her family.

Her family, through their attorney, has called on the La Mesa Police Department to identify the officer and remove them from duty, and for that individual to be charged with attempted murder.

Leslie Furcron, 59, was standing near the police headquarters at around 7:30 p.m. as police began using tactics to disperse the crowd.

Protesters at the building were mostly peaceful, though law enforcement said some people threw water bottles and other objects at officers who responded with tear gas and "less lethal" projectiles, possibly bean bag rounds.

As chaos broke out, Furcron was hit between her eyes. The force knocked her to the ground and people nearby rushed to her aid as she bled on the ground.

"The violence committed against Ms. Furcron is yet another example of an overly-militarized police force using unnecessarily aggressive tactics against peaceful demonstrators," Dante Pride with The Pride Law Firm said.

He said he has seen dozens of videos and spoken with scores of people present at the protest and saw no evidence that Furcron was violent or did anything to justify being shot.

Furcron was holding up her cellphone, recording the protest when an officer opened fire, Pride said. Nearby demonstrators were also being peaceful and received no warning from law enforcement before "the tear gas came and the bullets rained down,'' he said.

He said if the department cannot determine which officer fired the projectile, then things need to change because police should not fire indiscriminately into a crowd and not know who they are shooting.

"Ms. Furcron’s family demands that the La Mesa Police Department, which has a history of using excessive force, identify the officer who shot Ms. Furcron and remove that officer from duty, effective immediately," Pride said.

They also called on the officer to face criminal charges and for an outside investigation into Furcron's case, among other cases involving the La Mesa Police.

Citing the recent controversial arrest of a black man near a trolley station and an incident where a school officer arrested a student at Helix High in 2018, they called for a Citizen Review Board to provide oversight for the department.

The family said Furcron remained in a medically induced coma in an intensive care unit Tuesday and a GoFundMe has been set up for her medical bills. There is a discrepancy between the GoFundMe page and Tuesday's information regarding Furcron's coma.

Two of Furcron's sons, Ahmad and Azim, described their mother as a law-abiding La Mesa resident. Ahmad Furcron demanded that police hold their own accountable, as they would any other citizen.

"If I commit a crime, I'm going to jail, no ifs, ands or buts about it,'' he said. "Whoever that was, needs to stand and (be) held accountable for it. That's attempted murder. My mom was shot between the eyes, 59 years old, protesting. She doesn't have the right to protest?'' 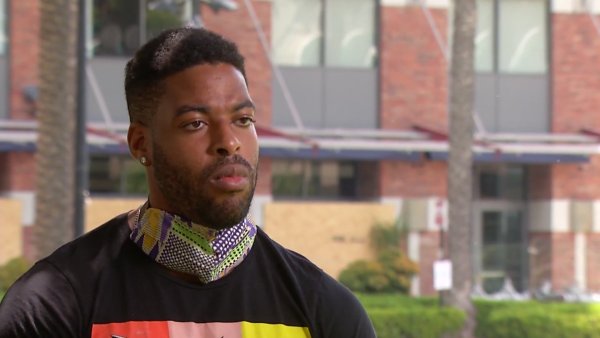 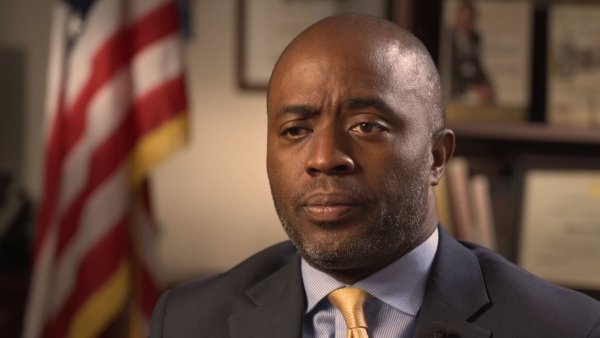 The department has not responded to NBC 7's requests for comment.

That's when police declared the gathering an unlawful assembly, he said, adding they made repeated announcements for the crowd to disperse.

He claimed law enforcement "did not deploy tear gas and other less lethal options until after people began to vandalize property and threw rocks twice the size of a fist and bricks at officers and deputies."

Editor's Note: From the family and their lawyer's statements, it is not clear if Furcron was hit in the head by a bean bag round or a rubber bullet.